“Are you too busy mummy?”

These are the words that came out of my 4-year-olds mouth the other day that made me stop in my tracks.

Sometimes, I get so caught up in to-do lists and deadlines that I forget that with it, I can come across as a mean and moody mum that doesn’t like them having fun.

Believe me, it’s not intentional.

However, they shouldn’t have to hesitate about asking me if they can do something in case I am busy right?

I’d just picked him up from nursery on my work from home day and he wanted to balance on a small bit of concrete edging on our way out.

I’ve lost count of the number of times he’s asked to walk on it and I’ve said no. He then proceeds to ask why and my response is usually “because we don’t have time” or “because we need to rush home, let’s do it next time”

Except, recently there’s rarely has been a “next time”.

Does stopping for an extra few minutes really have that much of an impact on my day?

I think I’ve gotten into such a habit of rushing around that I’ve had tunnel vision. I’ve forgotten to let him have fun and be free.

It won’t be long until he starts Reception in September where he will have to learn to sit still and listen to a teacher. His play time will be restricted and there will be plenty of time for him to abide by rules and regulations then.

Until then, if he wants to balance on that edging, or walk on the wall holding my hand why not?

The school had a dress-up day after Book Week in March. It was a week later than World Book Day but they could go in as a character from a book or in their pyjamas. E wore his dragon onesie which had a velcro tail on.

When I picked him up from school he told me that a boy had pulled his tail off in the playground. He later told Mr H that he’d gotten upset and cried because he thought he would be in trouble with me and that I would tell him off.

Is it right that the first thought that ran through his head was me telling him off? When he told me after school, I simply told him that it didn’t matter and that it was velcro that would right back on. There was no shouting or telling off, after all, it wasn’t his fault and I’m sure the boy that did it was just playing.

I don’t want my kids to dread telling me things for fear of getting into trouble or telling them off. Maybe I’ve gone wrong somewhere down the line?

I am all too aware that they grow too quickly and even though I always have a million and one things to do I know I have to stop and live in the moment and enjoy this time with them. Before I know it, they will be teenage boys who would rather be hanging out with their friends or locked in their rooms than spending time with their mum. 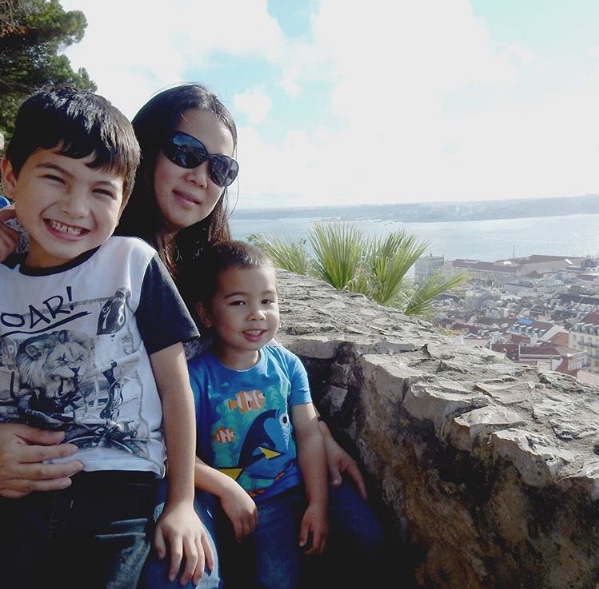 So the next time they want to stop and walk on the wall, or ask to stop by the park it won’t be an automatic “No, we haven’t got time”. I need to relax and ease up on them a bit and let them have some fun. They’re only young one right? I’m going to try and let them take the lead once in a while, who knows, I might learn a thing or two.