We’re hurtling towards the end of the school year which means M will have almost finished Reception. He’s come on so much in his first year and has a really active imagination. He loves coming up with great games and ideas of things to do with his friend which is lovely to see.

Without a shadow of a doubt, M (and E too in fact) would love to have a dog for a pet. We’ve talked lots about getting one when they’re a little older when they can take on some of the responsibilities that come with having a pet.

Last month, we went to see a special screening of Show Dogs and M was absolutely in his element petting all the dogs there. He fell in love with the pug, of which he was convinced was called a bulldog and told me that when he was older he was going to get one! 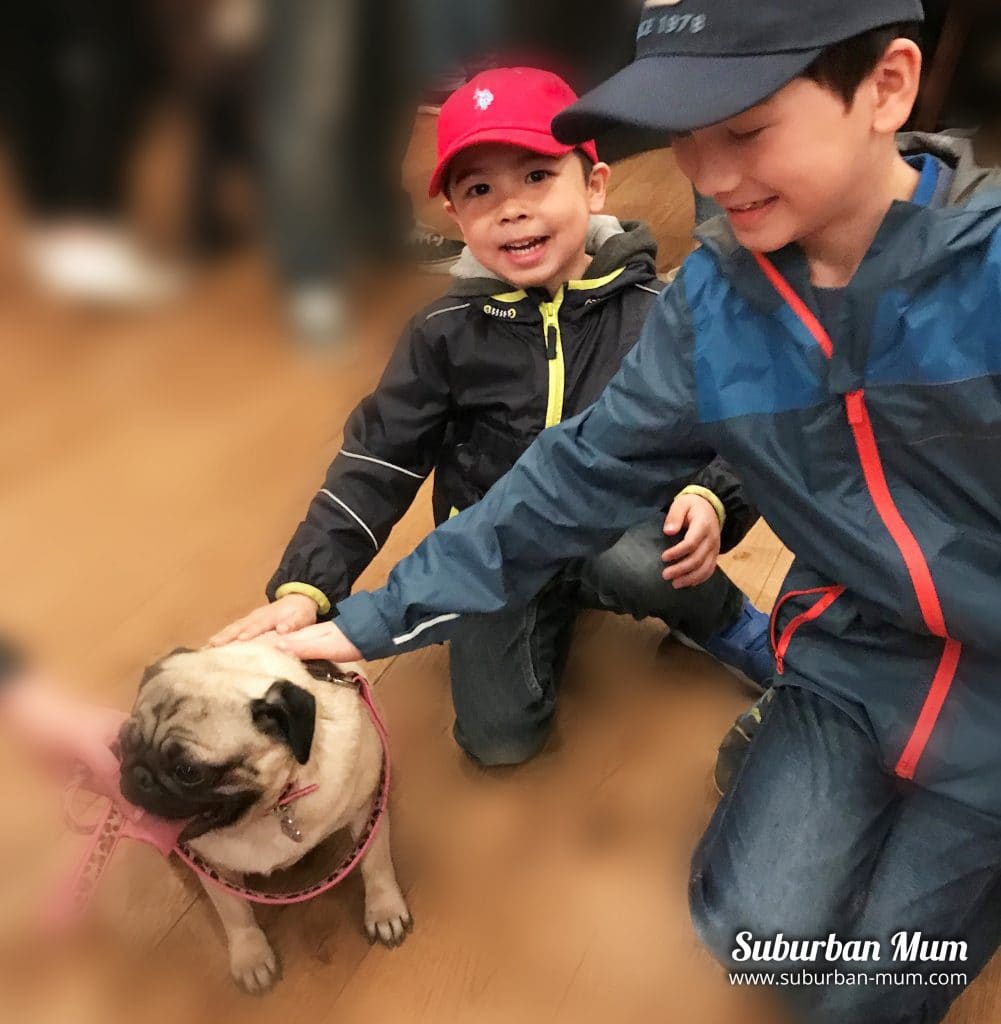 He also loves Hamsters and has also told me he’d like a bunny rabbit too! Basically, he is desperate to have a pet of his own! 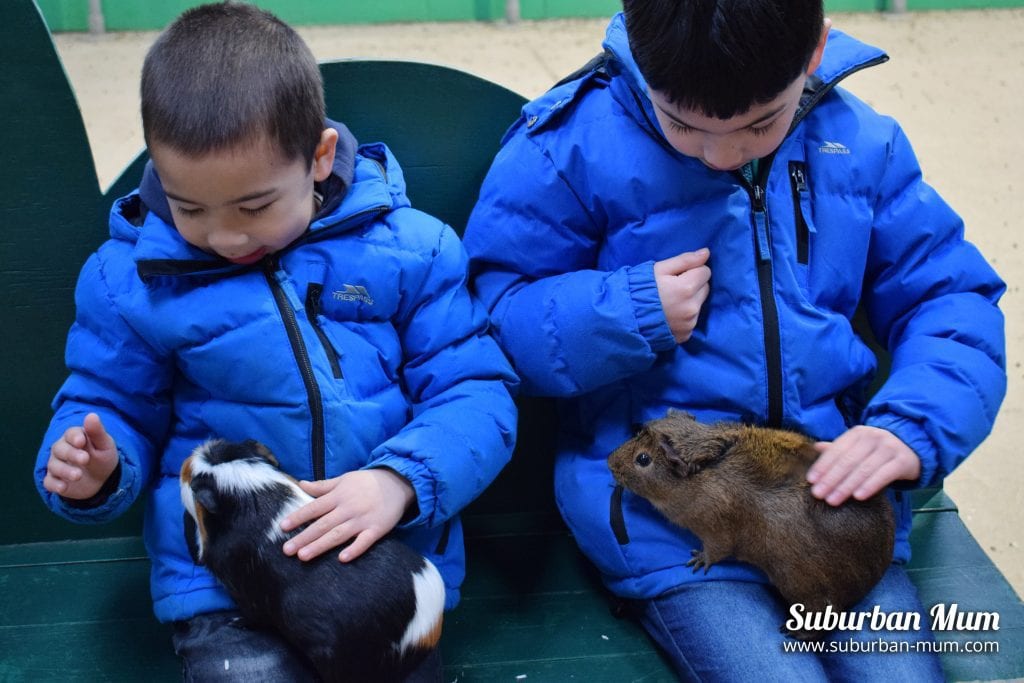 When Petplan asked us to take part in the Dream Pet campaign I knew M would love to get involved. When I explained that he needed to design a pet of his very own he got stuck right in. He told me he wanted a rainbow dog called “Babab” and didn’t need any help from me in putting what he had in mind onto paper. 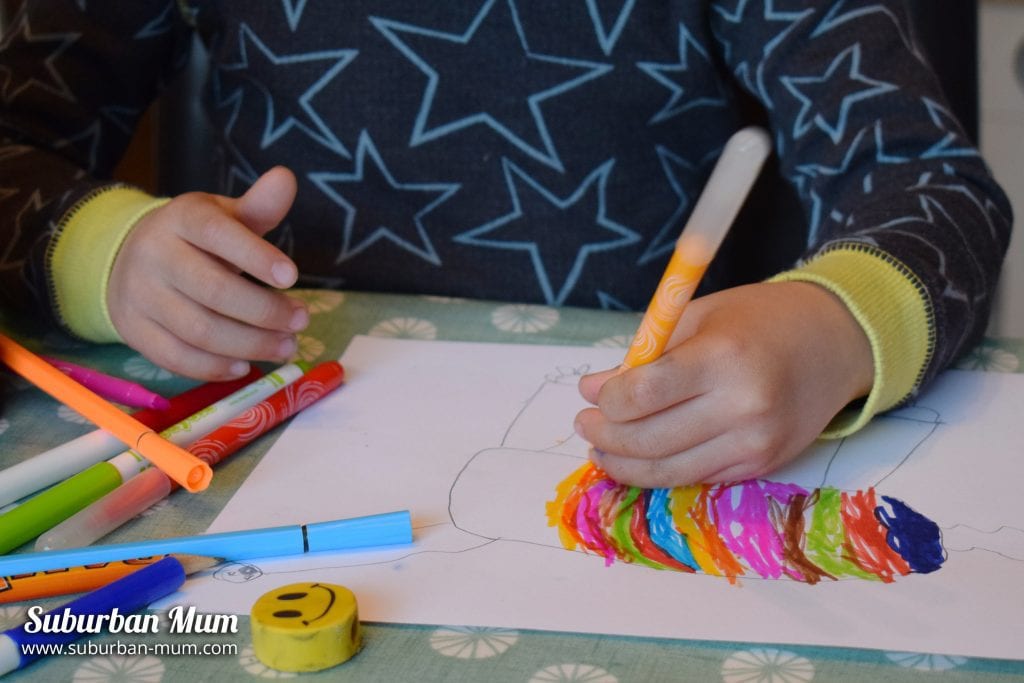 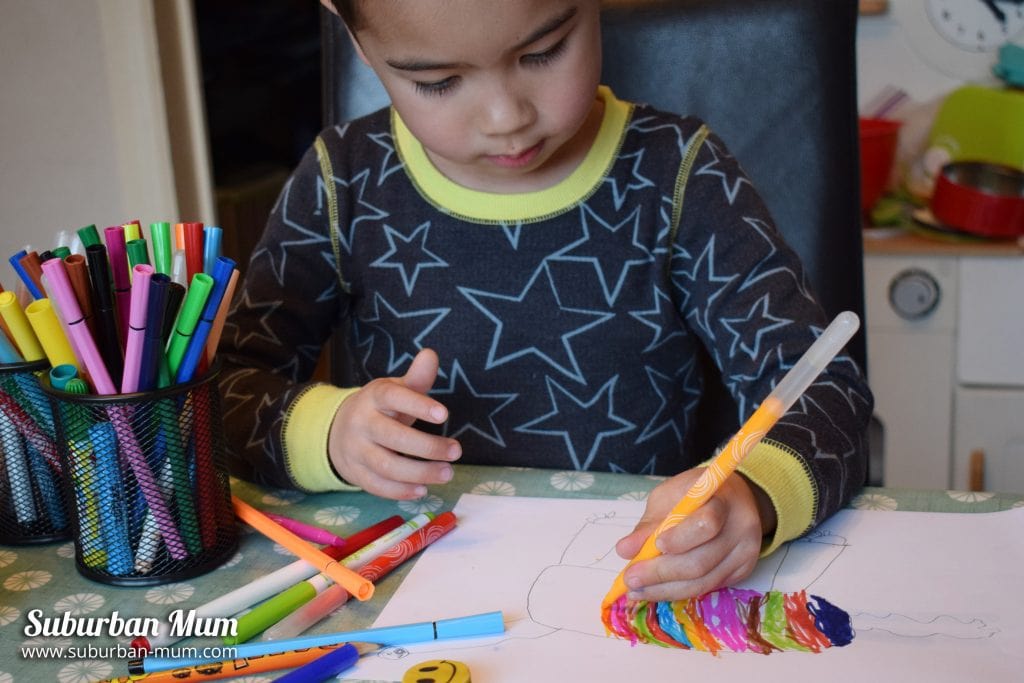 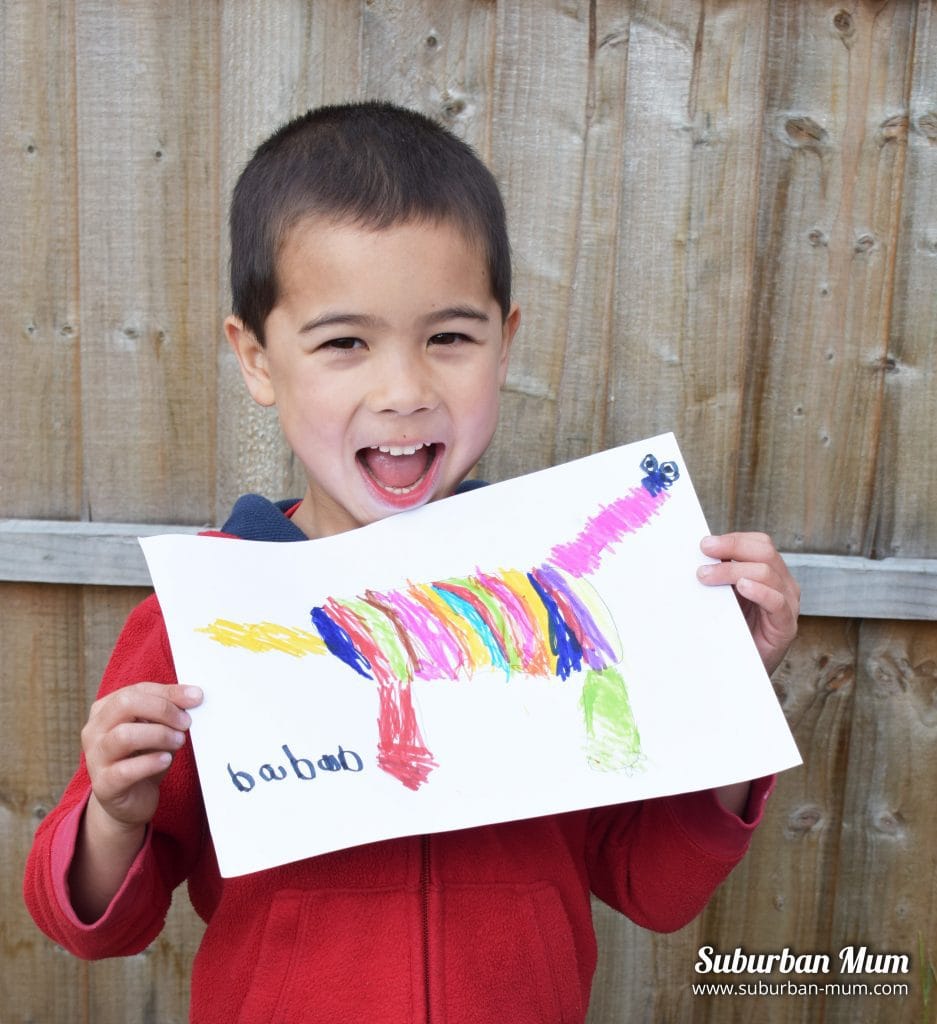 I think he did a brilliant job making it rainbow coloured and even remembered to include a tail too!

Once the design was complete, I took a photo of it and sent it to Petplan. They were going to attempt to bring M’s drawing to life by turning it into a cuddly toy! I’m not sure Petplan’s Pet Insurance have ever had to cover a rainbow dog before but I couldn’t wait to see what the finished result would look like.

M had no idea that his drawing was going to be turned into a cuddly toy so when it arrived a couple of weeks later I couldn’t wait to surprise him. He’s absolutely fallen in love with Babab and takes him to bed every night. We’re very impressed with how much it looks like M’s original drawing and he is desperate to take it to school for Show and Tell too. 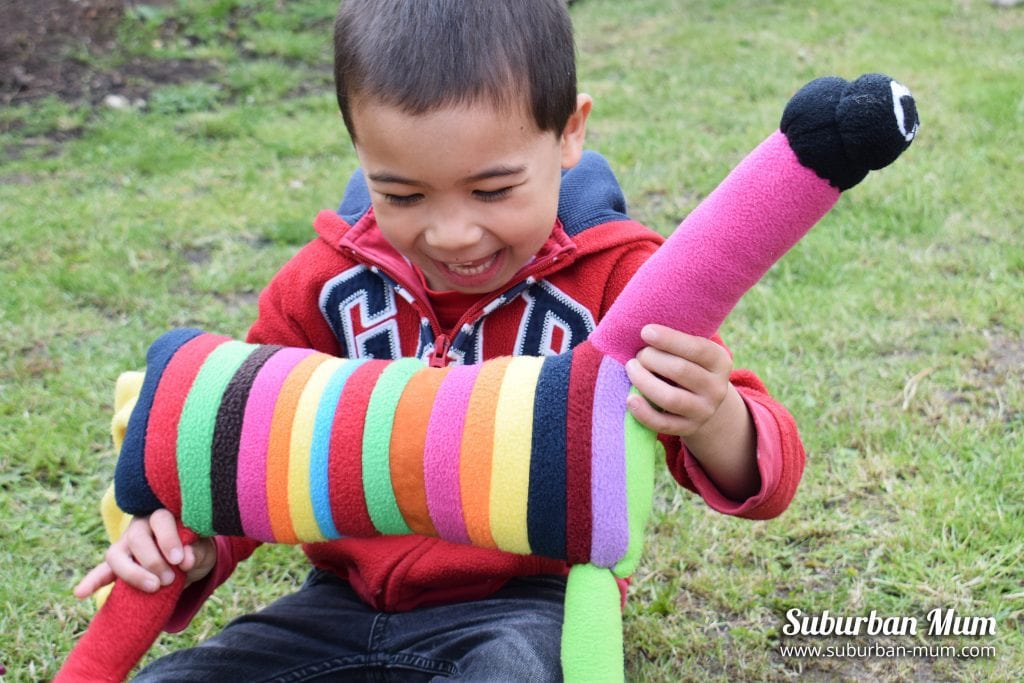 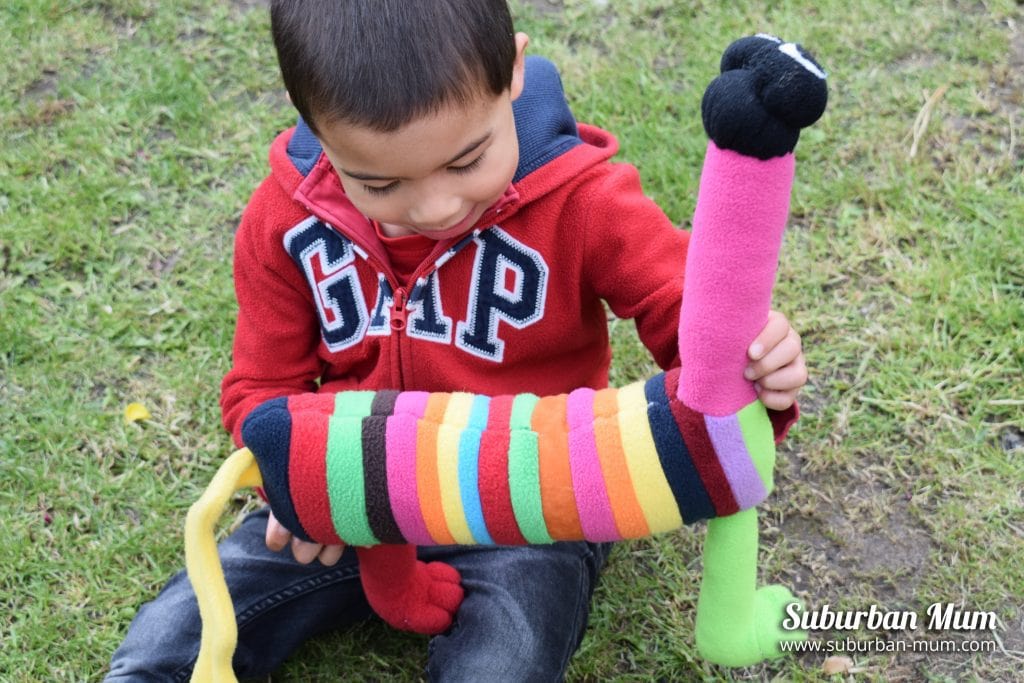 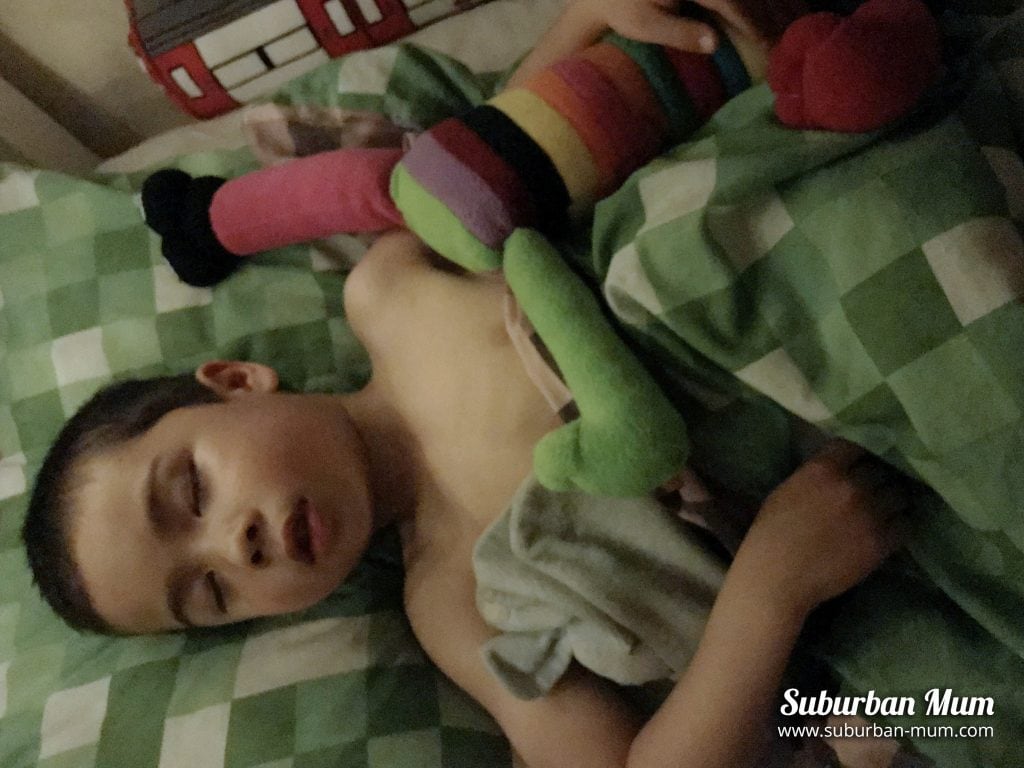 Thank you to Petplan for bringing M’s Dream Pet to life – it’s bought us a little more time before we add a furry friend to the family!

*This is a collaborative post with Petplan. All views, opinions are my own.