I’ve been counting down the days until half-term as M has been super-tired from school and definitely needs some R&R to recharge his batteries. Not only that, I’ve also taken the week off work to spend some time with the boys too. I’ve been mindful not to plan too much in this week and so far, we have been enjoying lazy mornings in our PJs with a small activity in the afternoon.

With Halloween coming up, the boys have been asking me when we’ll go Trick or Treating and more importantly when we’ll start carving our pumpkins. I’ve been carving pumpkins for Halloween since before E was born so it’s become a bit of tradition. Over the last few years, the boys have enjoyed picking out which designs they’d like and I’d get to work. We’ve previously had Jack O’ Lanterns, Witches, Minecraft and Paranorman. 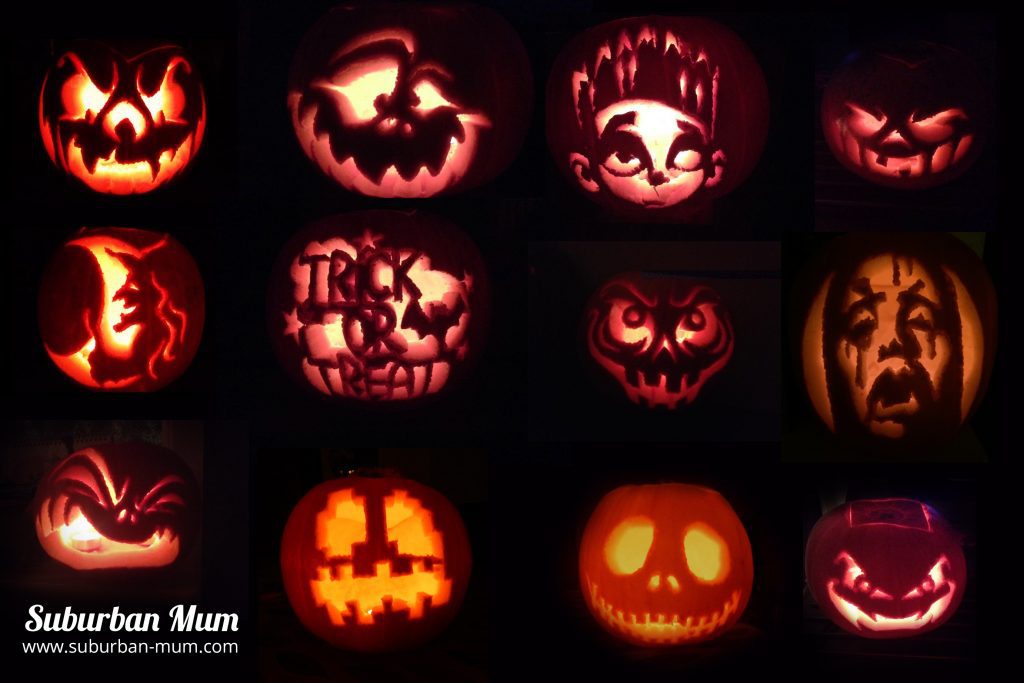 This year we decided to do something a little different and go with a Dinotrux theme as the boys have been watching the show on POP for a while now.

If you’ve not heard of Dinotrux before you can meet the awesome Dinotrux team in more Season 1 episodes on POP this month (from 30th November you can catch it at the weekend from 7:00am and weekdays from 10:30am). Introducing Ty Rux and his buddy Revvit who join forces with the giant Dinotrux team that are half dinosaur, half construction truck and full-on fun! There’s also the Reptools, who are little guys who are half reptile, half tool and very helpful. Together the Dinotrux and the Reptools build a bigger, better world and battle back against the biggest and baddest of all: D-Structs, who threatens to wreck everything they’ve built. 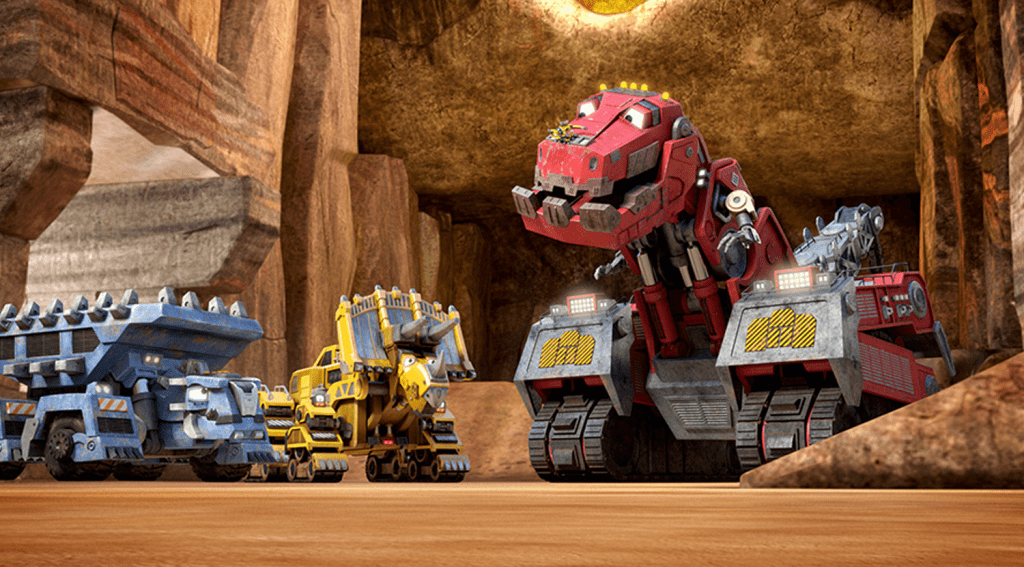 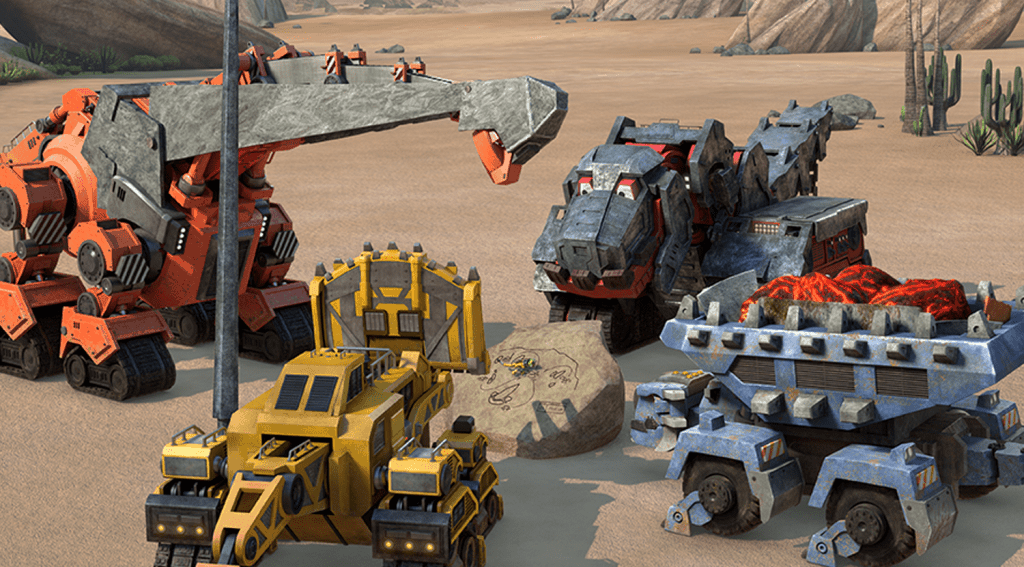 E was especially keen to give the Dinotrux carving a try and so we spent an afternoon doing just that. I let the boys have free reign over picking their pumpkins and we have ended up with the biggest ones we’ve ever had!

I made sure I downloaded the Dinotrux Pumpkins templates from the POP website beforehand and we got stuck in with hollowing out our pumpkins. The instructions suggested cutting a hole out of the bottom of the pumpkins but we have always found it easier cutting the top off instead as we’d still have a flat surface to be able to scoop the flesh of the pumpkins out. 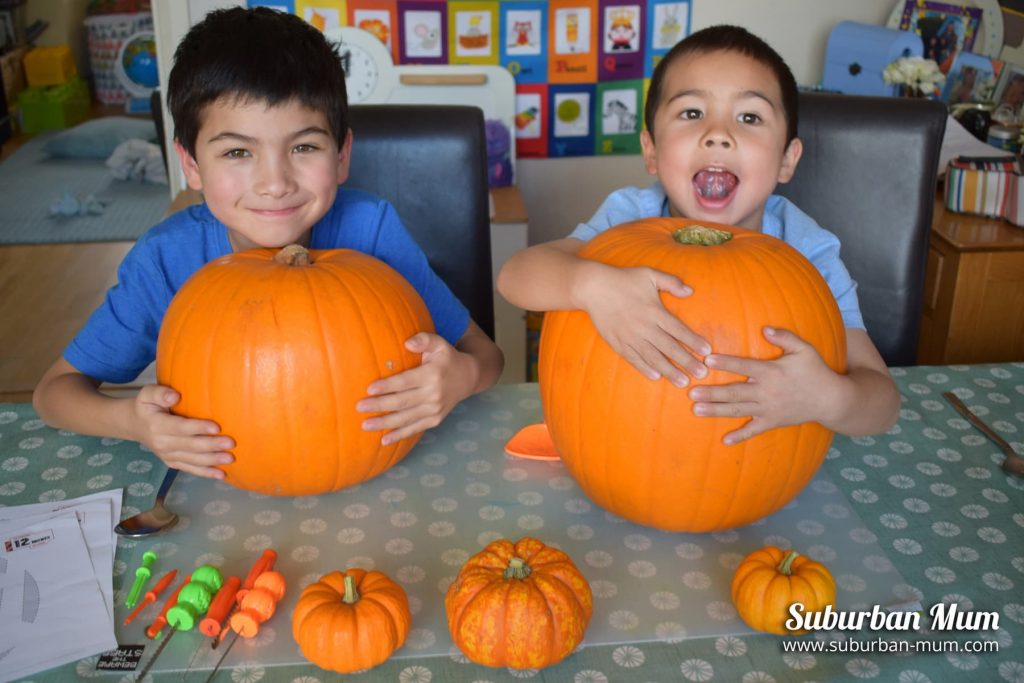 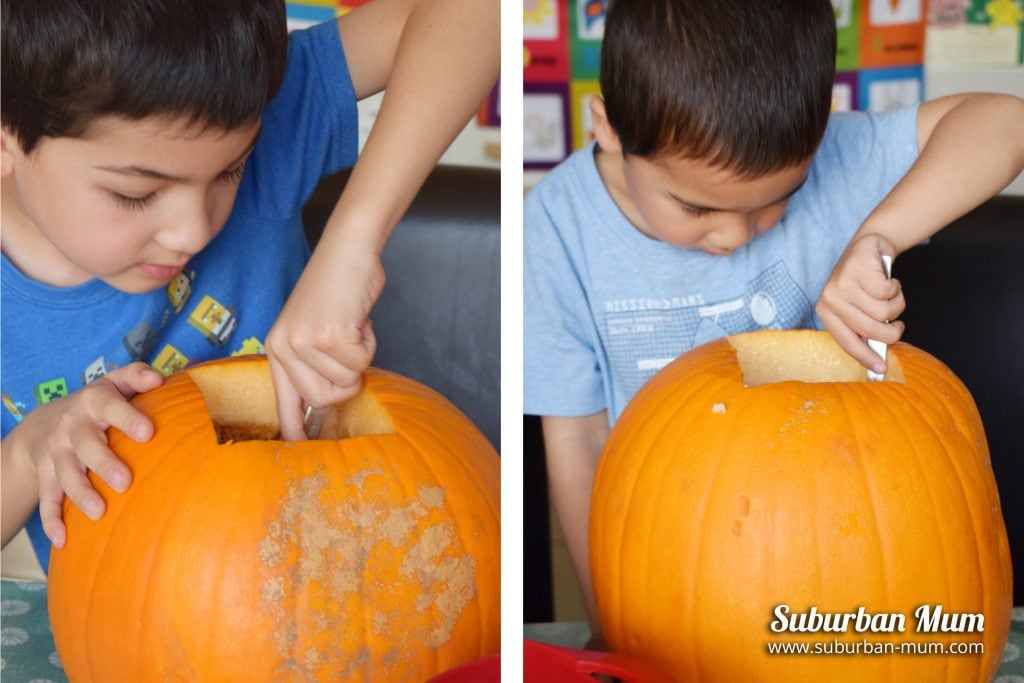 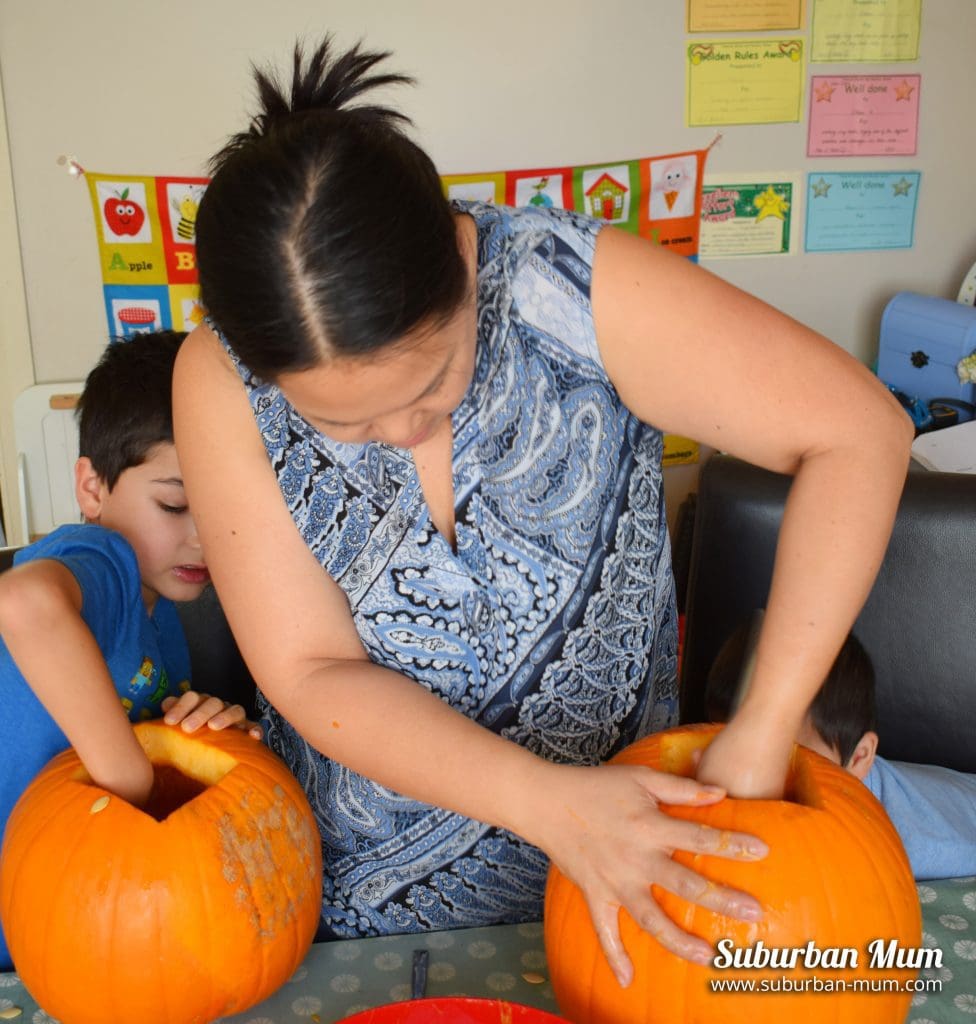 Once that was done, we stuck our templates on with sellotape and used the needle tool to trace our design onto the pumpkin by poking holes along the dotted lines. 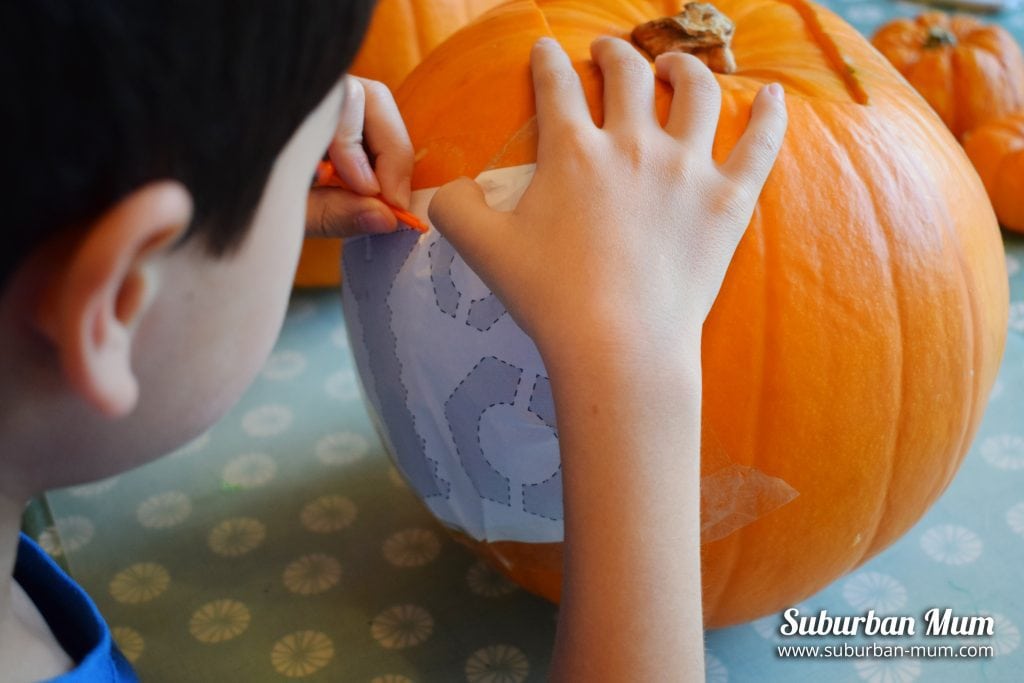 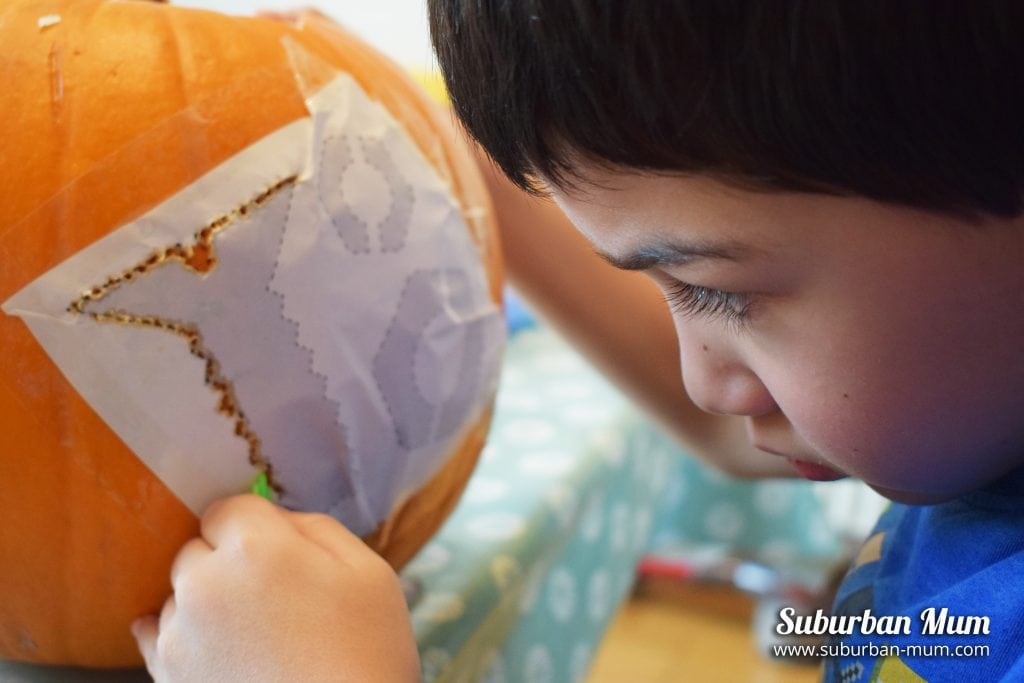 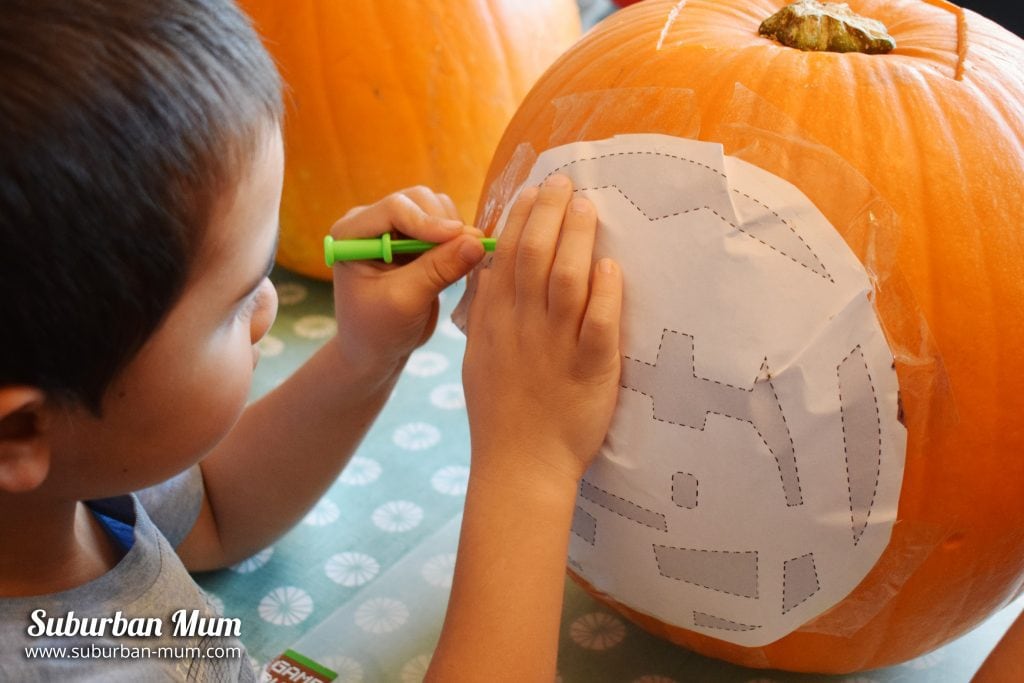 After we finished tracing the template it was then time to use the carving tool to cut the pieces out. 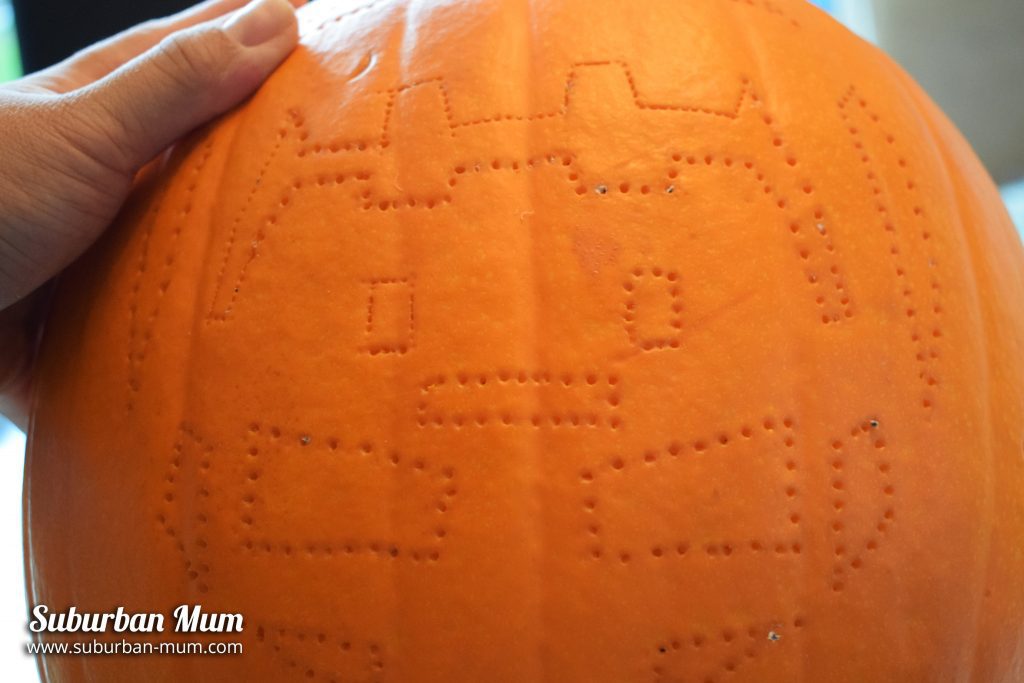 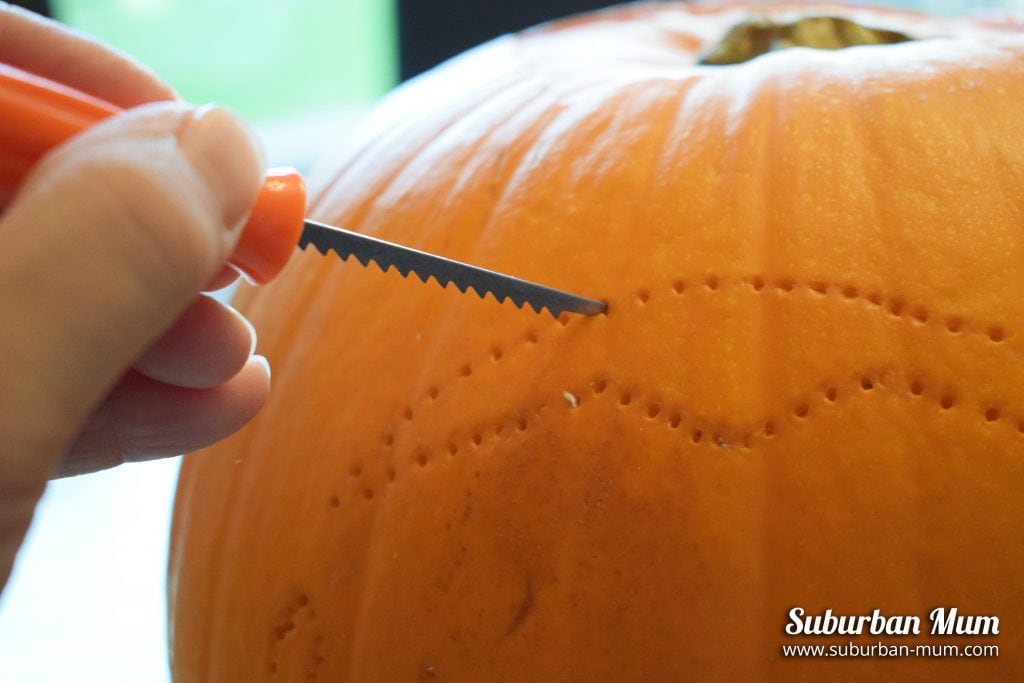 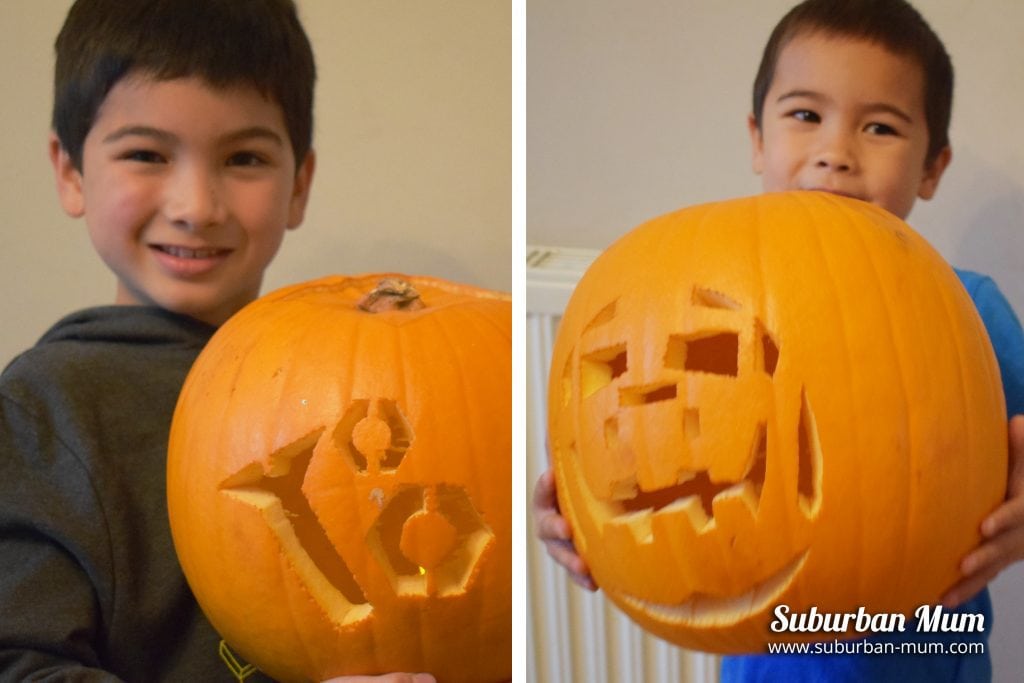 We then popped a battery operated tealight inside so we could see the results of our efforts – what do you think? 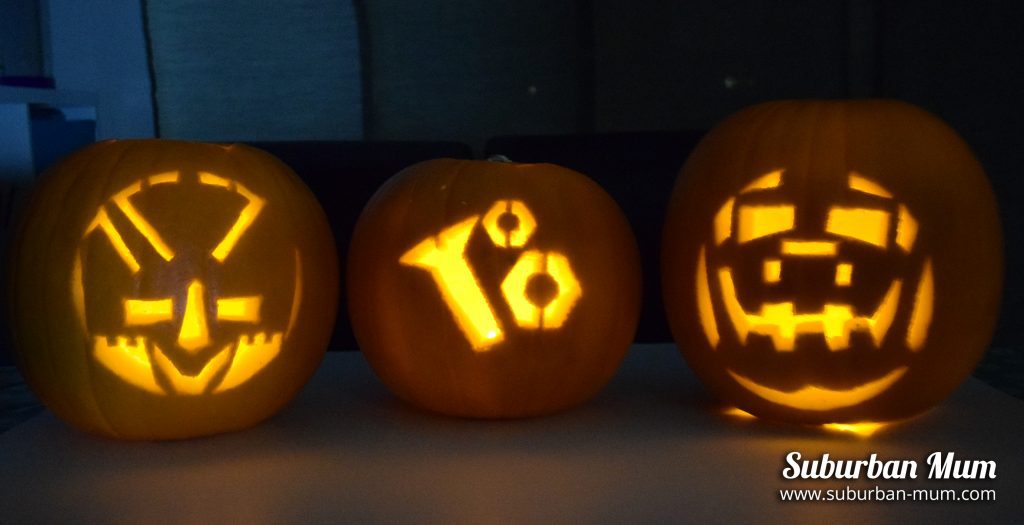 The boys love the fact that their pumpkins are so different this year. If you fancy giving these a go yourself, you can download the templates from the POP website.

Dinotrux is on POP from 30th November weekends from 7:00am and weekdays from 10:30am 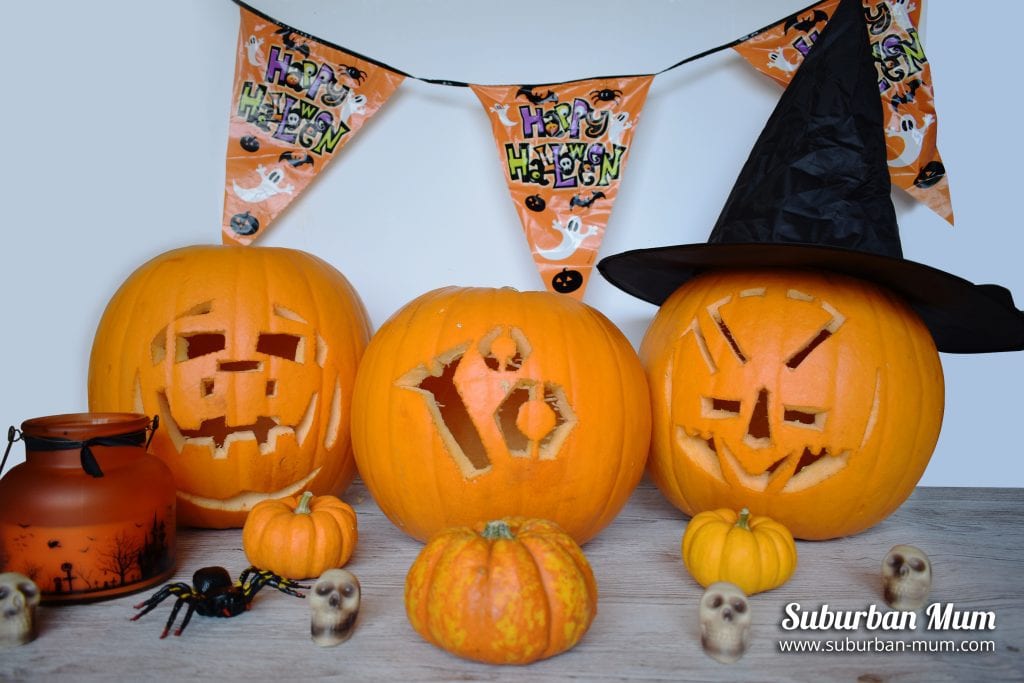 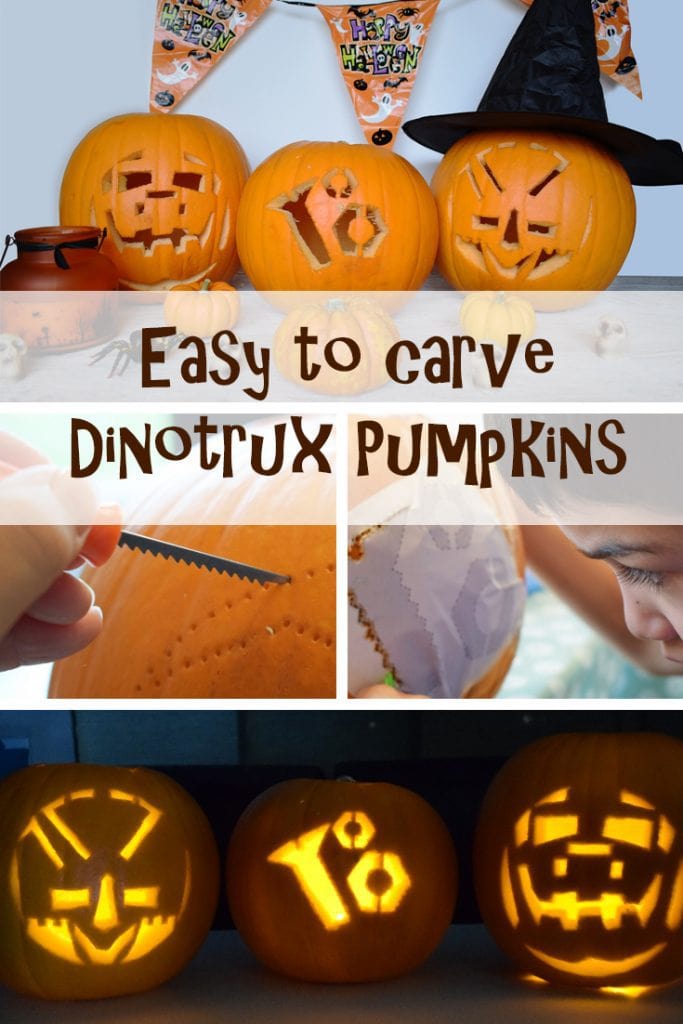 *In collaboration with Sony TV / Pop