Another school year is almost over and I’m not going to lie, I’m feeling rather sad about the end of this one. E will be finishing Infants today and will be going into Juniors and M will be starting Reception. From September both my babies will be at full-time school! 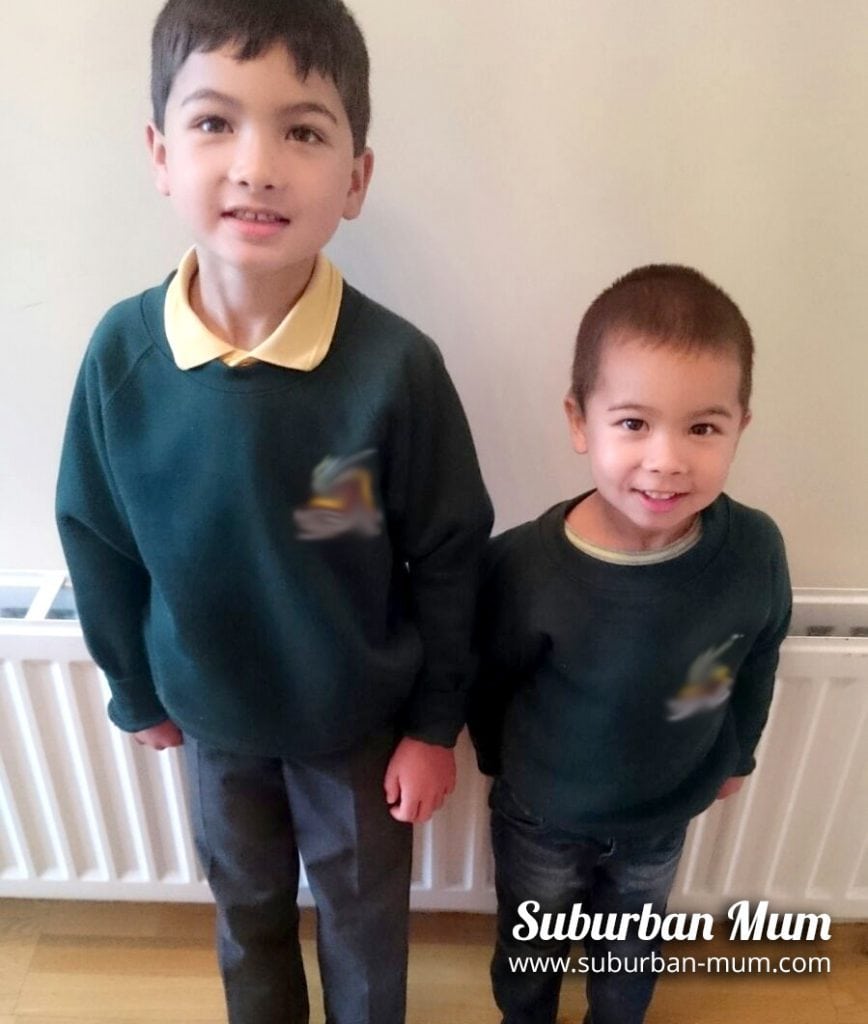 We had the boy’s school reports last week and both were surprisingly accurate about their approach to learning.

M has made some firm friends in nursery this year and he has absolutely loved going in every morning to play. From what I can gather, he loves inventing imaginative games to play with his friends and really enjoys playing with the same sorts of things each day. He continues to love trains, cars and running.

This was the year he started to take more of an interesting in drawing and has actively asked if he can sit down with some paper and colouring pens. It’s so funny to see the faces and people he draws, they are so very similar to E’s when he was the same age. He’s also started to writing the letter M for his name too.

We also finally managed to get him started on swimming lessons. He loves the water and it’s been really lovely seeing him be so confident.

He loved his first swimming lesson on Friday and can't wait to go back again. I'm super proud of how he just went in and got on with it!

More recently, he’s been able to keep score on how many goals have been scored when playing football with Mr H in the garden. I think it’ pretty impressive for a 4-year-old! It just goes to show that he’s more than ready to start school in September as much as I’m not too keen on my youngest baby leaving me I know he will take to it like a duck to water!

"Being brave isn't the absence of fear. Being brave is having that fear but finding a way through it." When this one was invited to Go Ape for a birthday party he told me he didn't want to do it. He said he couldn't do the monkey bars and was scared. After showing him some videos online and reassuring him that he wouldn't fall off he agreed to go. This is the face of a boy who was the only one of his friends to complete the course. He smashed it!! I'm so proud of him for trying new things that are outside of his comfort zone. He even LOVED the zip wires too!

It’s quite scary to think just how independent E is becoming these days. He’s had another great year at and from his report he works really hard at school.

He still loves drawing, writing stories and is still into cars and racing but this year was all about Minecraft. It’s probably the one thing he is obsessed about the most. I remember he was so upset when he thought he’d lost one of the worlds he’d been building in. It turned out he just couldn’t find it because he had over 30 of them all with the same name stored!

This was also the year he went on his very first sleepover and where he attempted (and smashed!) the zip wires at Go Ape. We could also drop him off at Birthday parties without needing to stay. He’s also taken more of an interest in football and more recently has started making his own videos and tells me he wants to have his own YouTube Channel!

The boys are very much ready for the Summer and we have some exciting activities planned. I’m also looking forward to some lazy pyjamas days too!