So following from my “Juggling work, school and family” post I have been making more of an organised effort with cooking dinner.

I don’t know about anyone else, but invariably I always end up cooking the same dinners for my boys. Week by week they will have things like jacket potato, pasta, salmon and broccoli that kind of thing…

I was flicking through my WeightWatchers “family cooking” recipe book the other day and came across a Weight Watchers mini toad in the hole recipe which I thought the boys would love and apparently only took 15 mins to prepare and 20 mins to cook.

They were a huge hit with the boys and E even asked for seconds and thirds! I think this may well become a new regular on the menu, and if your hubby isn’t fussy like mine and doesn’t like toad in the hole (what’s not to like?) then its enough to serve a family of four AND as its a WW recipe so you can’t go wrong right?

Here’s the recipe – the book says it serves 4 adults, I would say it easily serves 6 kiddies if they have 2 each or will serve 3 kiddies if they are piggies like mine and have 3 helpings! As you can see from the pic I served mine with broccoli and mash and gravy

I couldn’t resist having one myself when the boys sat down to eat. 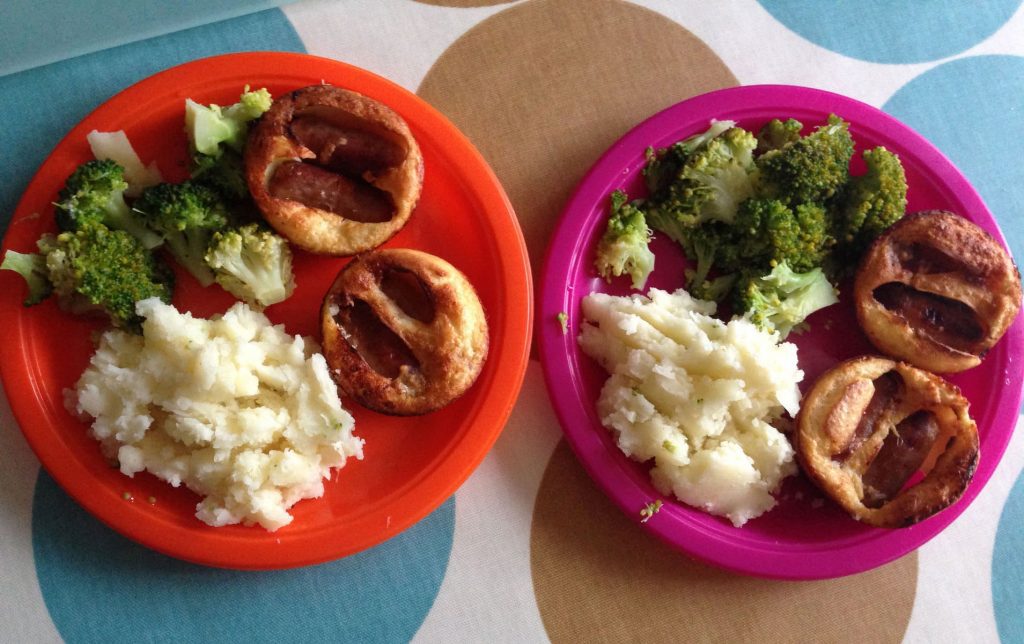 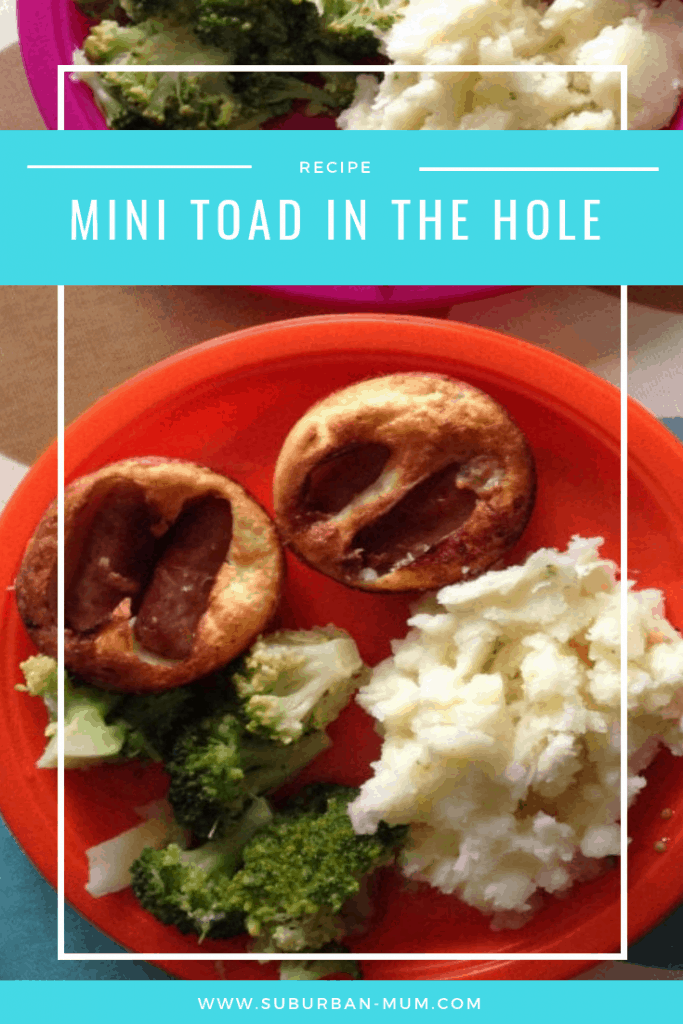