My boys are really into Formula 1 and racing cars at the moment so when I heard about the Rollplay Nighthawk I just knew that it would be something they would love to try out.

When they came home from school and saw the huge box in the hallway, they could not contain their excitement and asked me so many questions about it and most importantly – when they could go and test it out!

Suitable for children aged 6+ to 50kg

The Nighthawk comes in two colours: white and red and fortunately for us, we received the red version which just happens to be M’s favourite colour! The Rollplay Nighthawk is a battery-powered ride-on that is suitable for children aged 6+. The vehicle is controlled by using the accelerator and brake pedals as well as shifting your body weight from side to side to steer in the direction you want to go in.

The Nighthawk is preassembled, once fully charged you’re ready to go

I had visions of needing to put pieces of this together when unboxed, but I’m pleased to report that no building is required. All you have to do is take it out of the box to charge overnight using the battery adapter, after that’s ready to go. Once fully charged, the Nighthawk can be used for approximately 60 minutes before being recharged again.

We took the Nighthawk to our local bike park as its a large open space that’s concreted and has a ready-made track. Its where the boys learnt to ride their bikes last summer and the perfect place to put the Nighthawk to the test.

The boys were very eager to get started and once they donned their helmets and protective gear for safety they were off. The Nighthawk has a rear safety flag which is very handy for helping you keep an eye on where they are when they are zooming around. 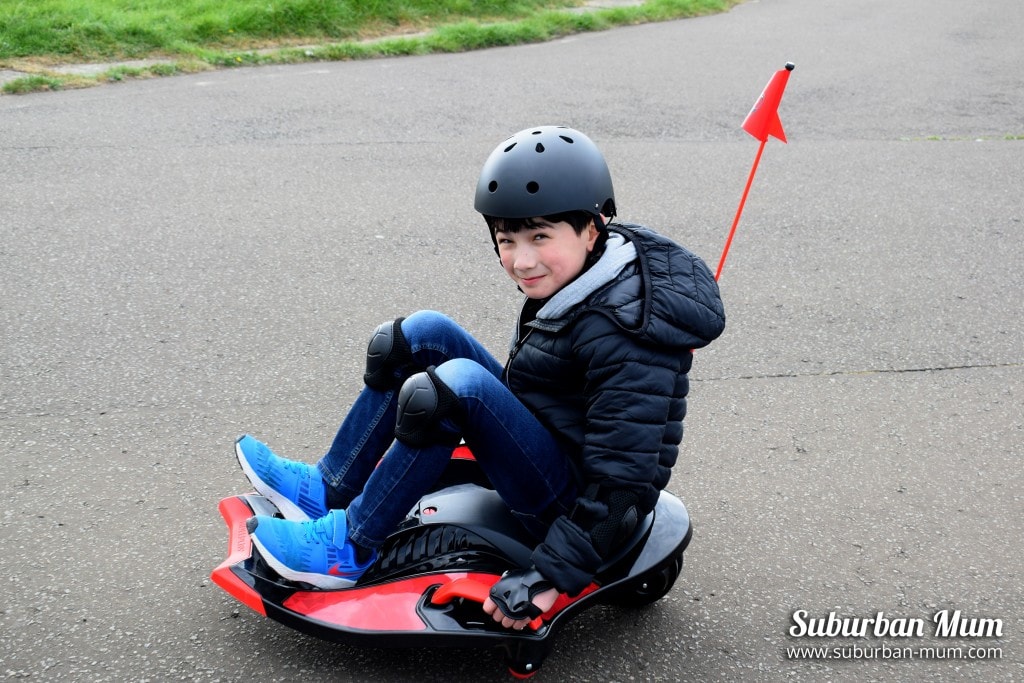 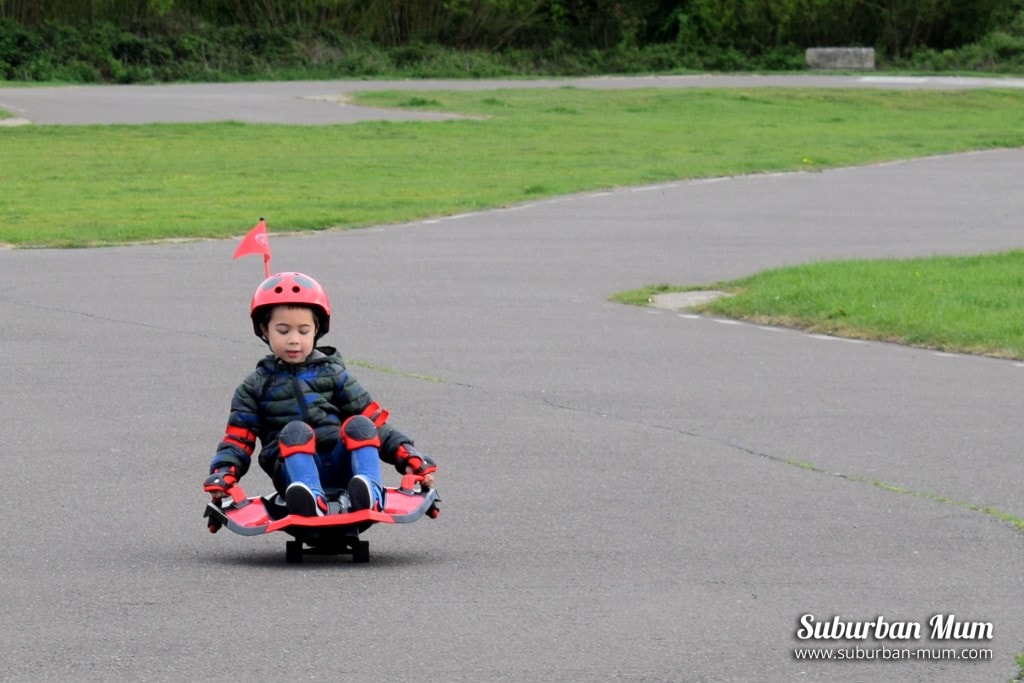 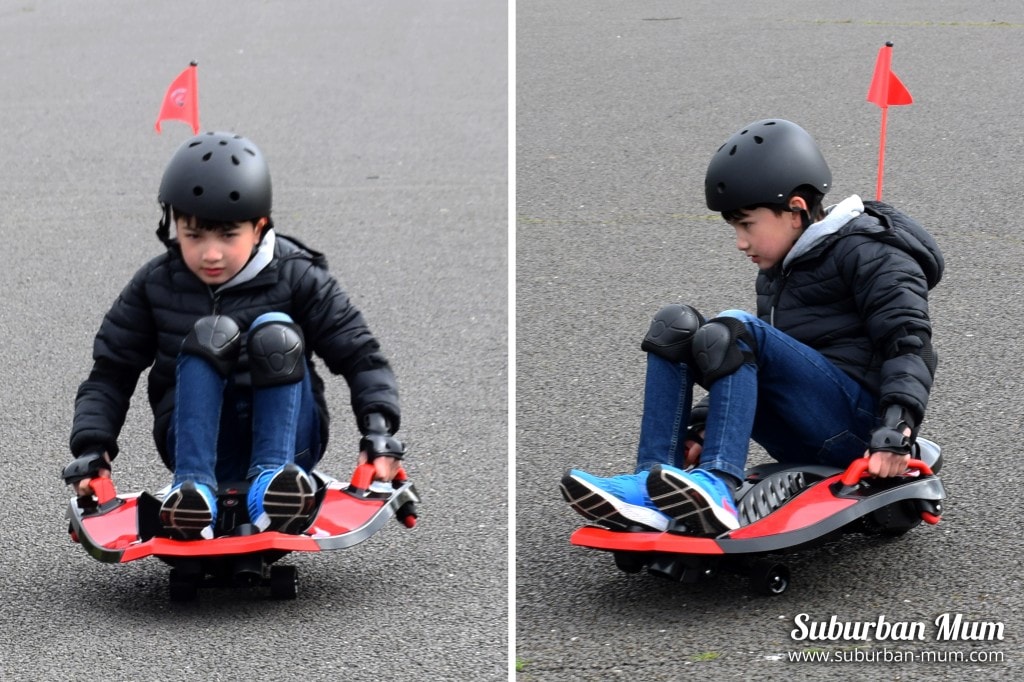 It didn’t take long for them both to master the Nighthawk, they simply hopped on, powered up and off they went. 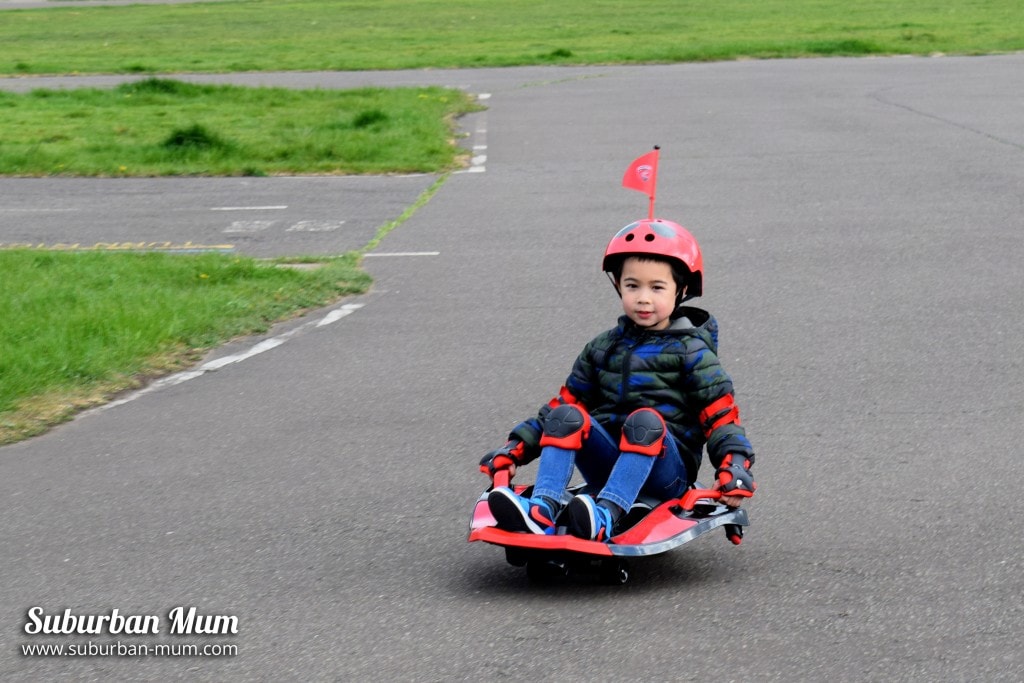 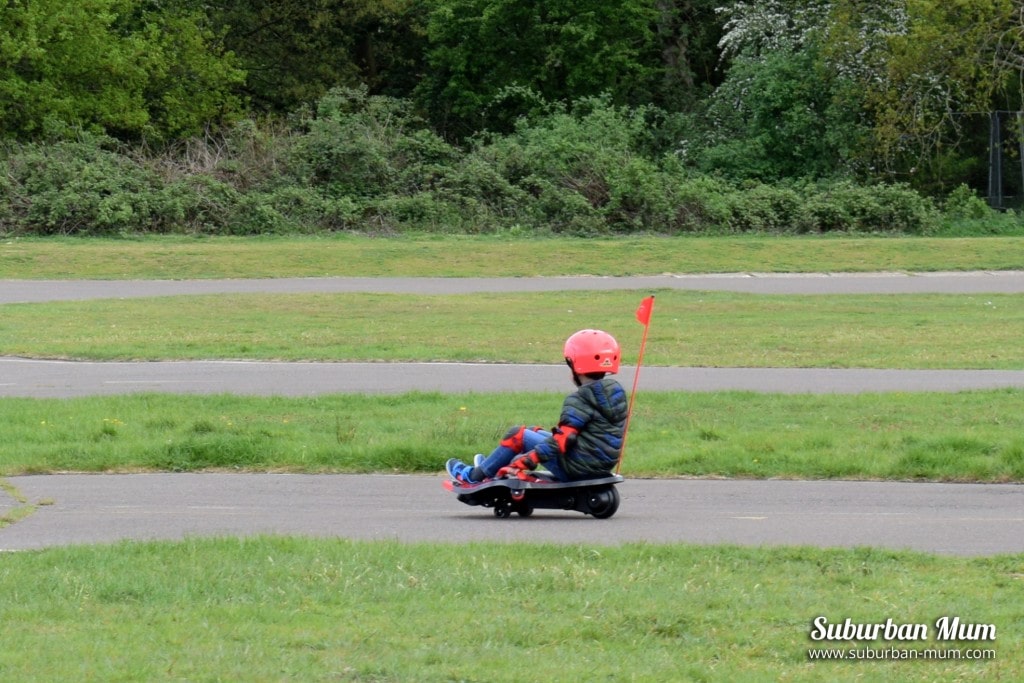 The Nighthawk has two side-mounted handles to grab hold of that protects the hands and helps you control and turn the vehicle. I can’t tell you how much fun was had by the boys. It has a great slide, tilt and glide action which the boys made full use of. The ride-on has speeds of up to 6mph and M being the speed demon he is wanted it to go even faster! 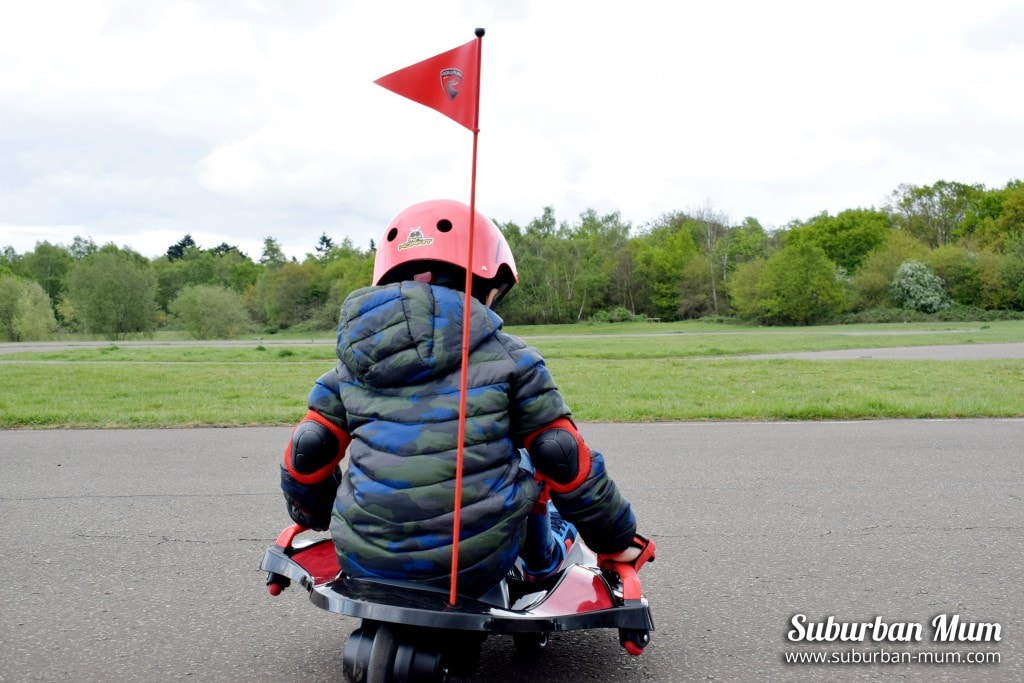 I can see the boys using the Nighthawk a lot over the summer, they love spending time outdoors anyway but the Nighthawk is an extra incentive to get them out and about. Its unlike anything they’ve ever had before and probably the next best thing to owning their own go-kart!

The Rollplay Nighthawk retails around £170 and is available on Amazon.

Check out our video here 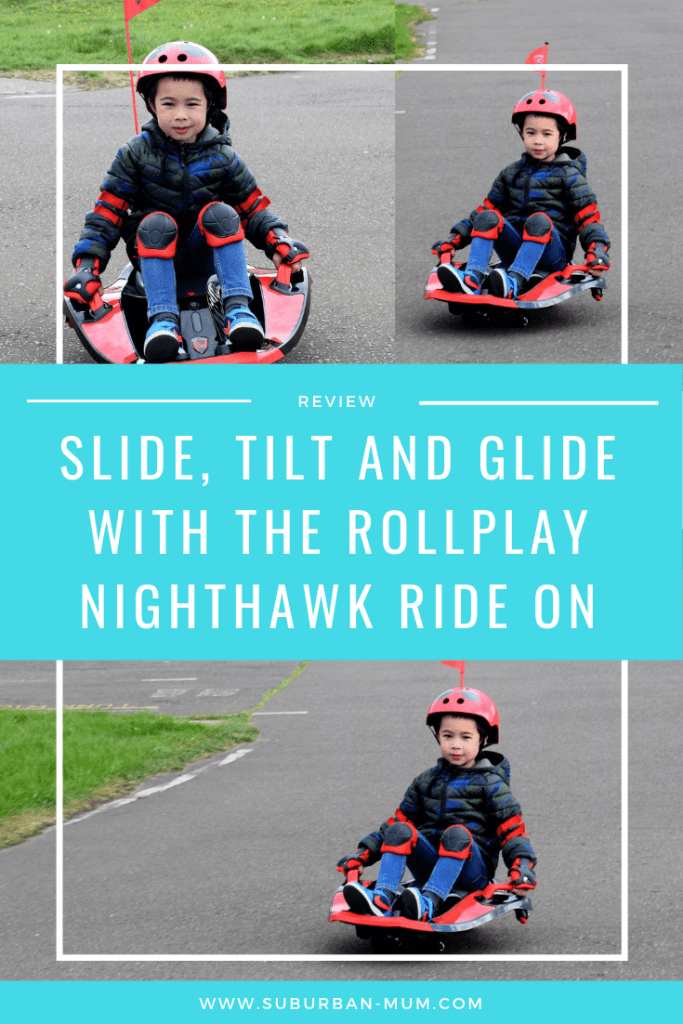