Sunday 14th February – usually a memorable date associated with flowers, chocolates and cards. For us this year? We started potty training!

M turned 3 at the beginning of February and bar talking about being a big boy and managing him to sit on the potty sporadically we hadn’t really done much else. I have been dreading potty training second time round. I work during the week and just couldn’t face it so I’d been putting it off even though M has been showing signs of being ready for a few weeks now. 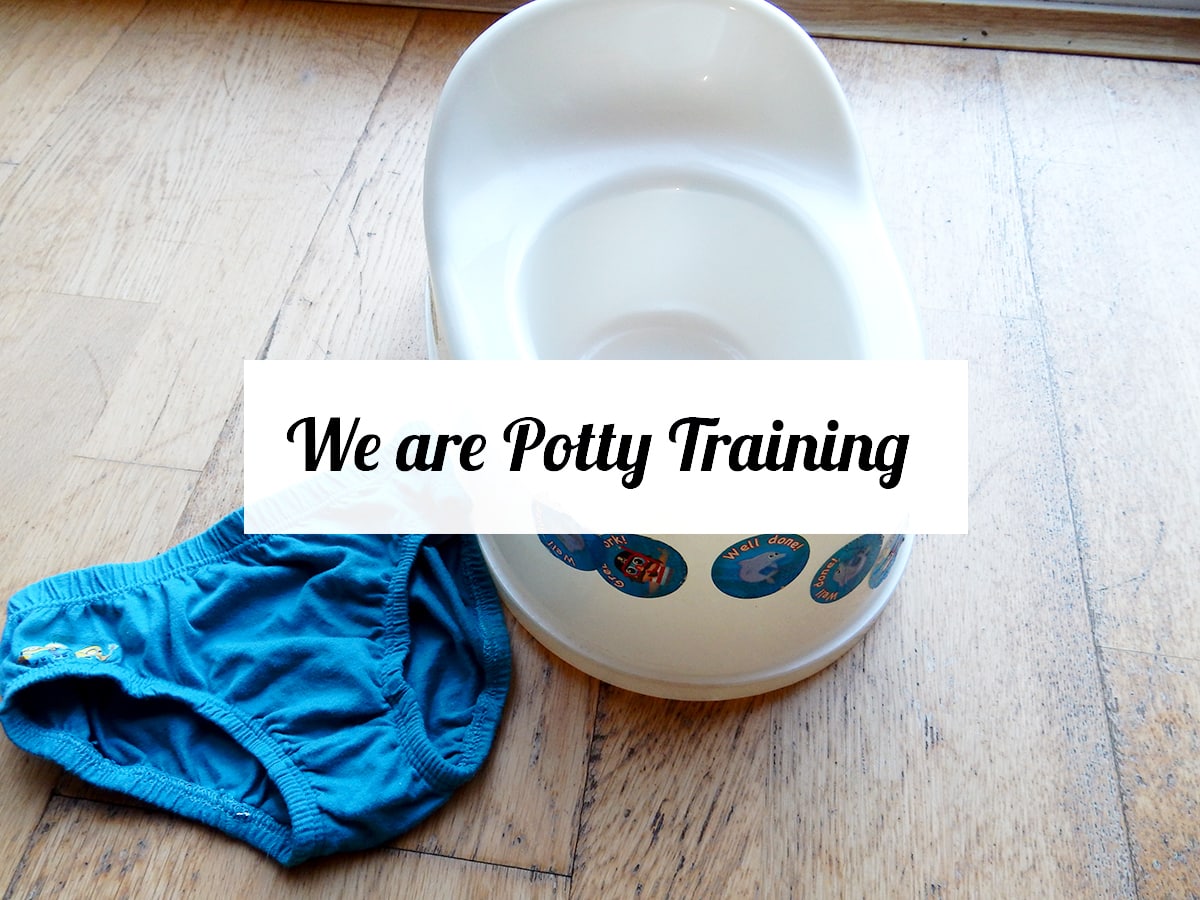 I finally came to the conclusion that there would never be a good time to start – especially a house like ours that always seems to be on the go. The next best thing was to coincide with half term where we would have no school or nursery runs to contend and could concentrate on being at home asking M a million times a day if he needed a wee and literally see what happened from there.

So, back to Valentine’s morning and an hour in and M was already onto his third pair of pants which didn’t bode too well BUT there was less wee in his pants each time and do you know what? After 5 pairs of pants throughout the whole day M managed to wee successfully in the potty 7-8 times and the majority of those he asked to sit on the potty!

Days 2 and 3 he managed to keep the same pair of pants on for the majority of the day apart from a couple of minor accidents. Day 4 was a bit of a test as we were venturing outdoors for the first time. I wasn’t brave enough to keep him in pants so I switched to a pull-up just to be safe but he did brilliantly. He told me when he needed a wee and so off we went to the toilets for him to do his business.

We went to the launch of Rave-A-Roo in London on the Friday (day 6) and again I put him in a pull-up. Unfortunately, there were problems on South West trains and we were stuck on a non-moving train for half an hour. Luckily I’d packed our travel potty so he could do a wee on the train without any problems.

A week on and he’s cracked going on the potty for wees (with help) He’s not so keen on the pooping part, however. So far, he’s been holding them in until he can’t hold any longer but thankfully has managed to poop on the potty eventually rather than pooping in his pants which I am SO pleased about! When E was potty training he had a real habit of going off to hide and pooping in his pants – the number of times I had to throw pants away was just absurd.

I’m actually quite surprised how smooth the process has been generally (poop aside) M seems to have taken it all in his stride and has done most of it all of his own accord. It’s like he knew what was expected of him and just got on with it.

Leave a Reply to Becster Cancel