There is no doubt of the common, sheer dread that parents feel when a tantrum strikes; the ear-piercing screaming, hysterical crying, even a possible kick or two… or ten that occur during these tantrums can test your eardrums as well as your patience. With most tantrums, parents can detect their triggers, which can range from turning down a child’s request for a shiny, new toy or asking a toddler to pick up his Lego before snack time. However, how can you explain the instances where these tantrums arise for reasons you cannot identify?  Furthermore, how do parents respond when their child’s tantrum is irrationally violent and happens frequently? When the tantrum becomes an indication of hidden mental health problems?

Some tantrums may be worse than others depending on what caused your child to have this outburst. Also, if your child is tired, hungry or just really wants chocolate ice cream for dinner, tantrums may be more dramatic than others. Tantrums are naturally emotional and (sometimes) physical expressions of frustration, anger, sadness or the desire to obtain something without being able to communicate it (or receive the desired outcome). Whether the tantrum is carried out in the privacy of our own home or as public as the middle of the floor of your family’s favourite restaurant, tantrums can be incredibly frustrating and embarrassing. Although tantrums are an inevitable part of parenthood, there are some signs that your child may not just be having a temper tantrum. 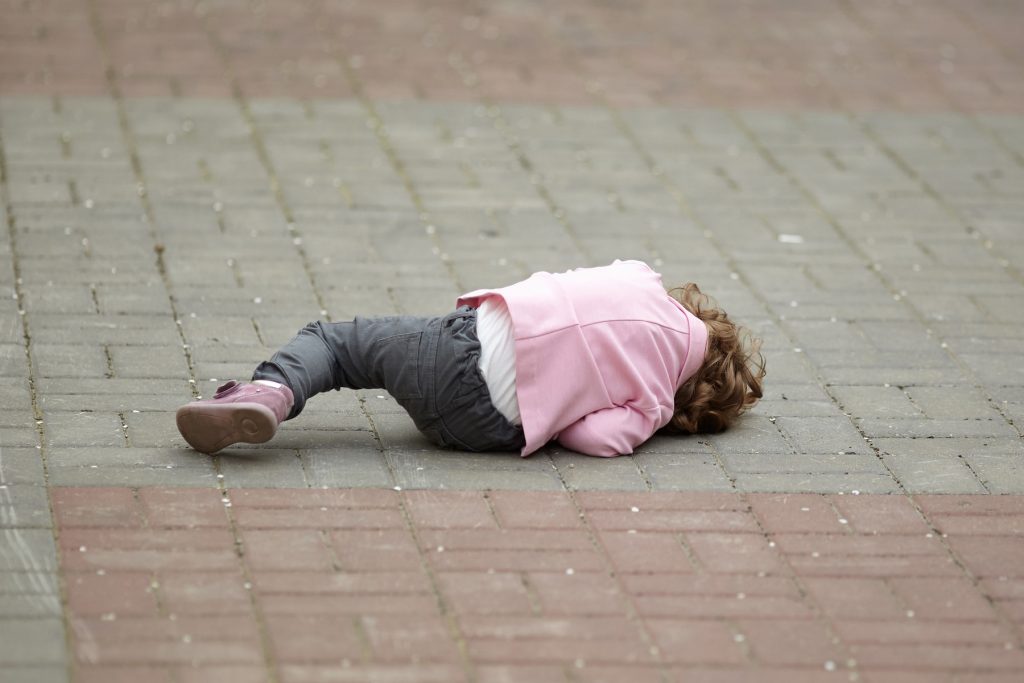 One warning sign that your child may be suffering from more than typical tantrums is aggressive behaviour. A common tantrum may include a couple of kicks and flailing of the arms here and there; however, if extremely aggressive behaviour is being exhibited in most, if not all tantrums, there is a cause for concern. If your child is so violent that it has you fearful of your own offspring, this signals a larger problem. Additionally, if a child’s aggressive behaviour is not only directed towards the parents, but to other family members, children, teachers, babysitters, etc., there’s a basis for concern.

Another sign that there may be something more to the temper tantrums is a child’s destructive behaviours. This can be viewed as an additional component of the child’s aggression, which includes the destruction of property, the harming of others or him/herself. For example, you ask your child to get in the car, and he/she responds by throwing anything he/she can get a hand on as well as kicking and knocking over your favourite gnome fixture in the front garden. Also, this harmful behaviour can be observed when your child is hitting their head against the wall or biting someone incredibly hard during a tantrum.

However, according to child ADHD expert, psychologist Dr Tali Shenfield, while destructive and aggressive behaviour is certainly an important indicator, it is the frequency and reasons for temper tantrums that should be considered a principal early indicator of a child’s mental health issue. Unlike a typical tantrum, these troubling tantrums occur all of a sudden, without any apparent reason and may last a long time (more than 30 minutes). The anger and irritability of the child may remain long after the tantrum has subsided. These temper tantrums occur almost daily and in some cases, more than once a day. A child that can have a tantrum in any setting and most of them “out of the blue”, may mean it’s worth investigating further.

There are more and more studies being conducted with regard to this topic. According to the DSM-5 (American Psychiatric Association’s diagnostic manual for mental health), new additions include mental disorders that target these uncommon temper tantrums in a child. There is quite a controversy over the line that separates tantrums as a normal part of childhood from an indication of mental health condition. Regardless of the debate, your child’s overall mental health is a top priority. If you’ve read through this article and feel that the excessive, explosive behaviours reflect that of your child’s, it is best to visit a mental health professional for advice, evaluationand appropriate treatment. You can either discover that your child is just having a difficult time with something you weren’t aware of or you can detect a mental health condition early on and deal with it accordingly.

This post is written in collaboration with Dr. Anna Kaminsky, RP