It’s that time of year again when our children are telling us constantly what they would like for Christmas (it’s not just me right?!)

Well Christmas came early for the boys a couple of weeks ago as we were sent Sands Alive to try out.

Sands Alive is John Adams version of kinetic sand. We actually saw this back in the summer when we visited Hamley’s and the boys loved playing with it. 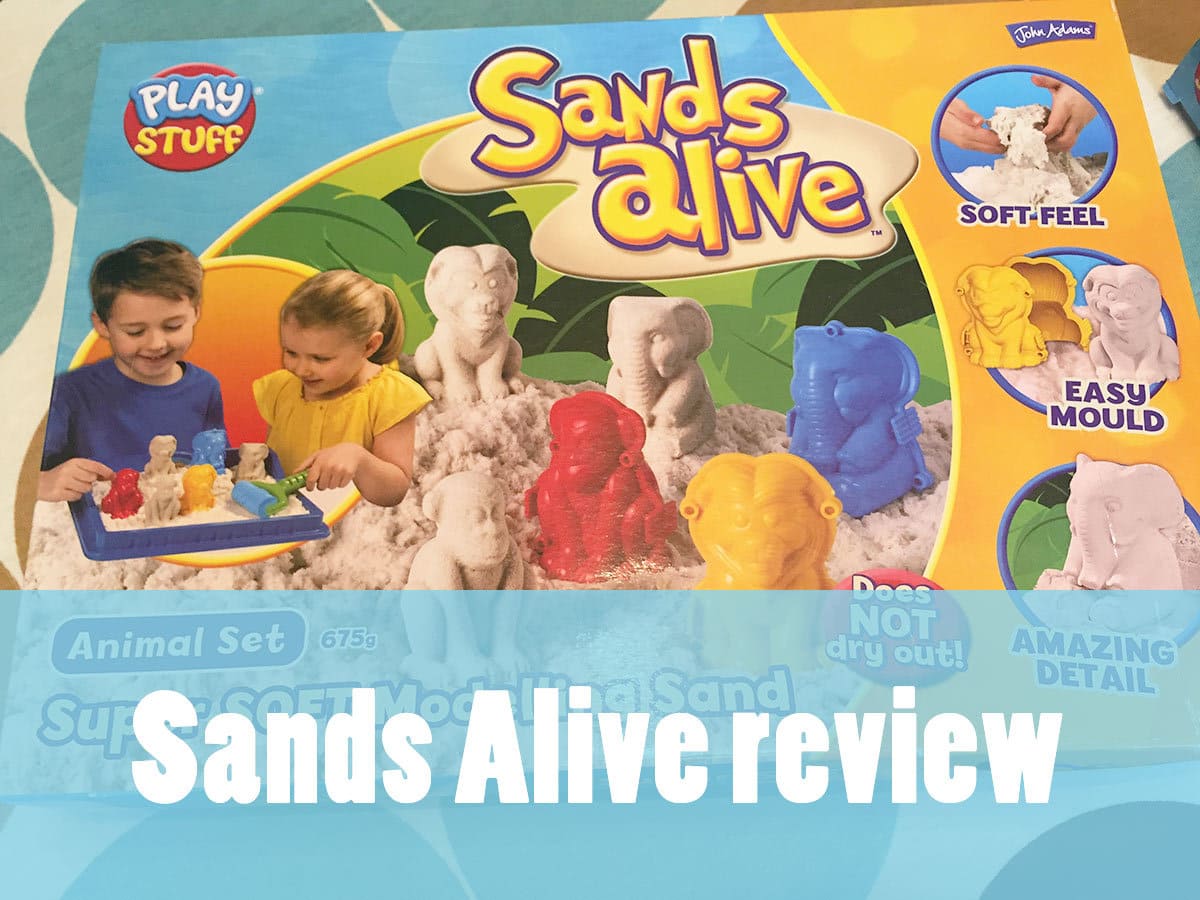 Now, if you have a sandpit in the garden like I foolishly did when I was a first time mum and didn’t know any better, you will instantly have visions of sand going everywhere other than the sandpit and it being brought into the house. No matter how many times you vacuum you still find traces of the darn stuff everywhere right? Well if that is the case you need not worry because Sands Alive is not like that at all.

The great thing about it is that doesn’t dry out – ever! So it can easily be used indoors. It’s made from all natural material that doesn’t stain and most importantly is non-toxic and can be mounded into any shape or form. 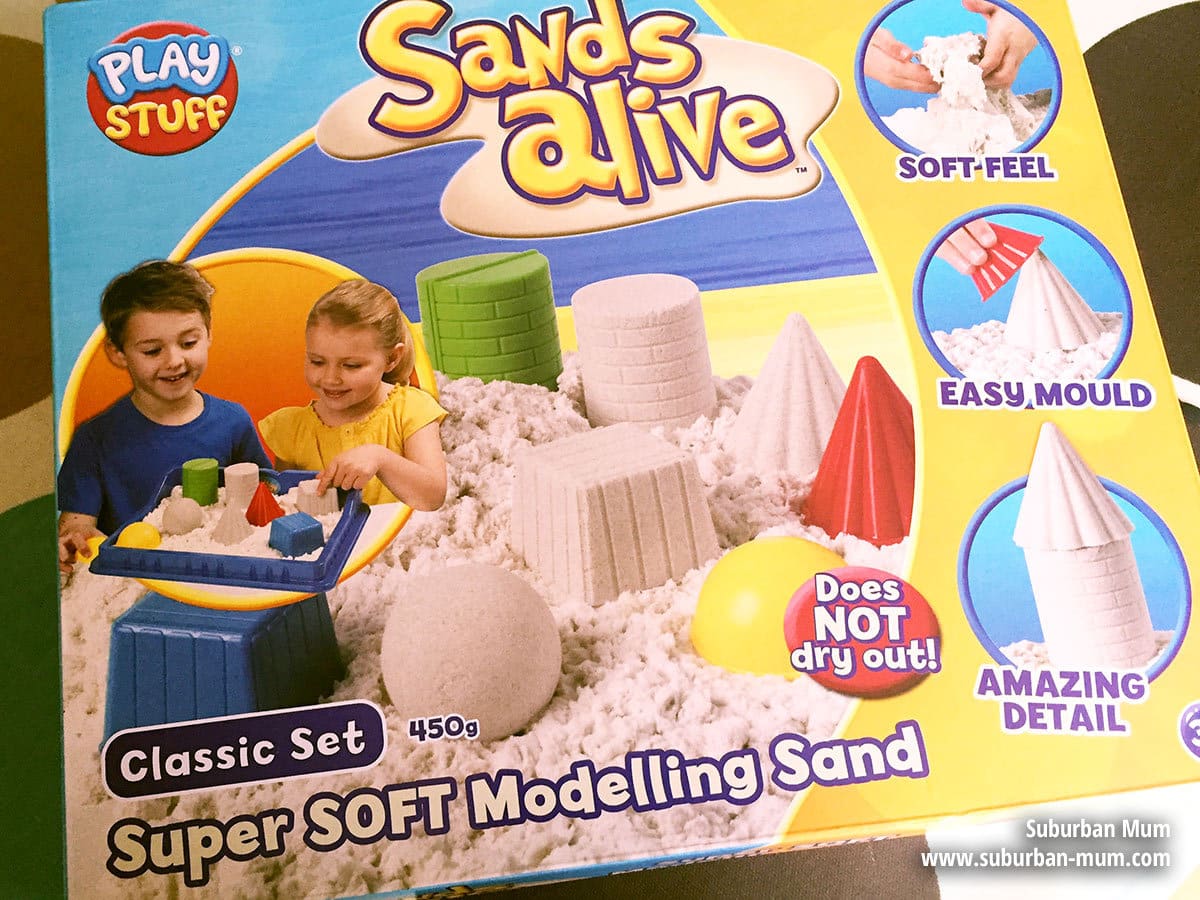 We were sent the starter and the animal set to try out and when I told E what we were doing one rainy Sunday he was over the moon. Both sets come with a bag of sand, a play tray and some moulds. The play tray is of an adequate size if you have one child playing with it. I would say you would struggle to have two children sharing (as suggested by the photo on the box) because not only is the tray not big enough there isn’t really enough sand in one set to go around for two. 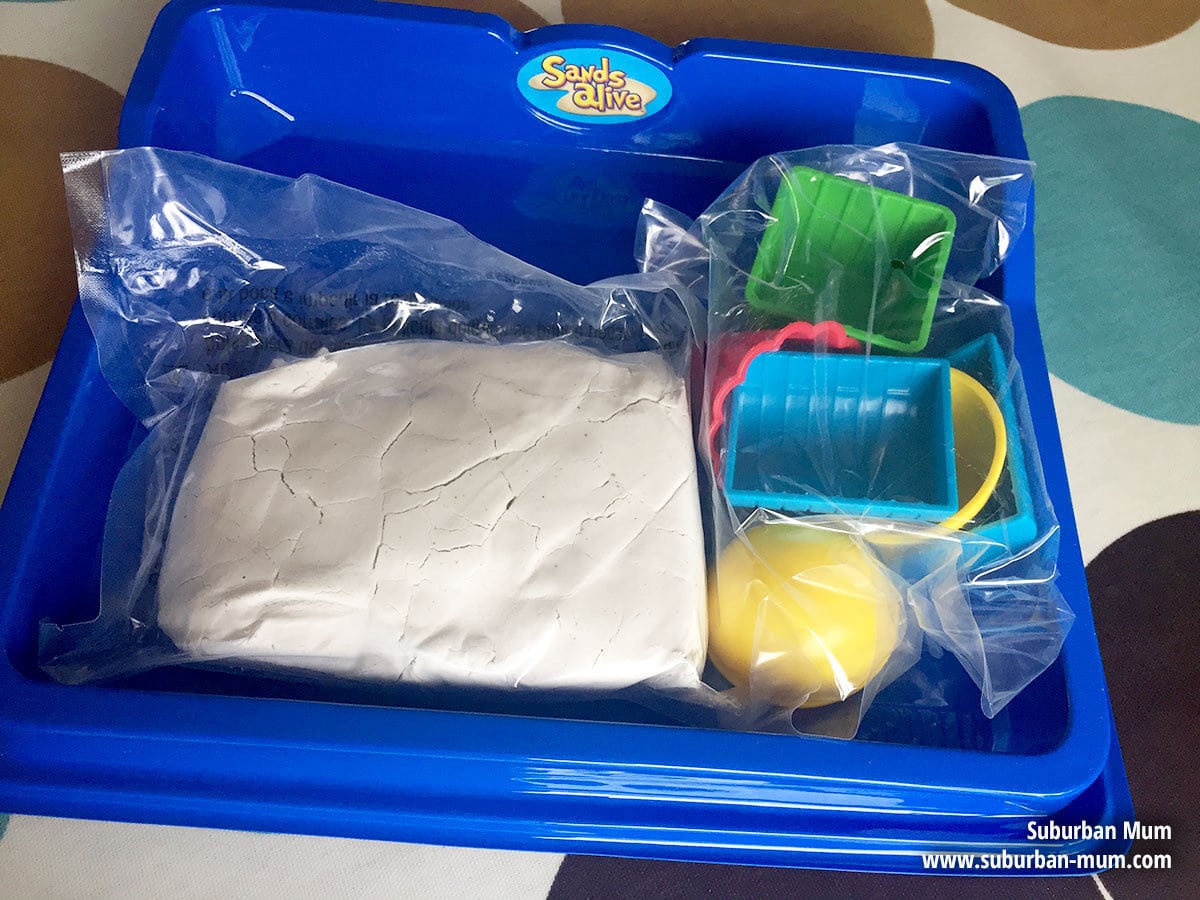 Luckily for me, I was sent two sets so the boys had one tray of sand each and shared the moulds.

E happily got stuck in right away and when I asked him what he thought of it he said “this is really cool” You do tend to lose a bit of sand each time though which I guess is to be expected as children obviously get over excited when playing so sand spills out of the tray.

I had a play of it with E and the way it forms shapes is really cool. Being able to mould 3D animals was really fun and E spent ages playing with it whilst his brother was having a nap. 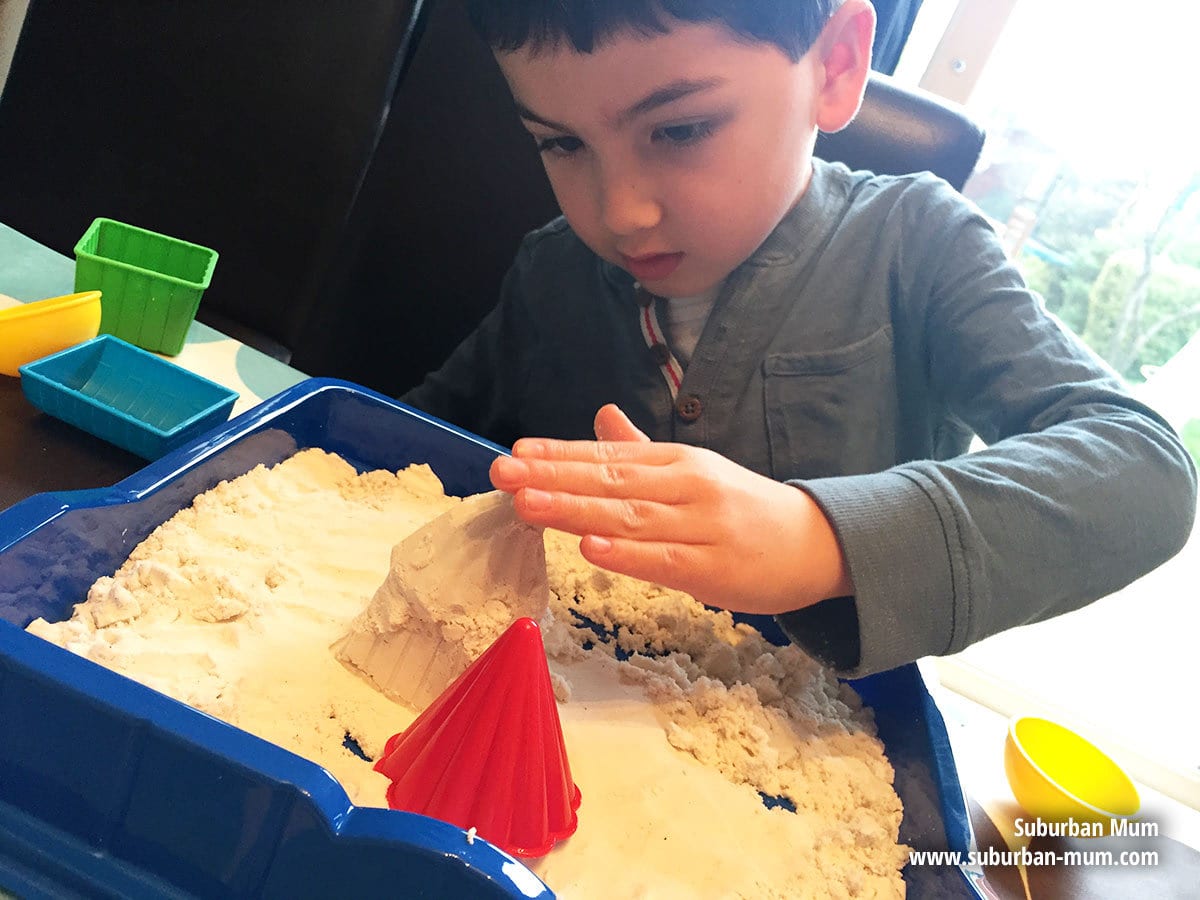 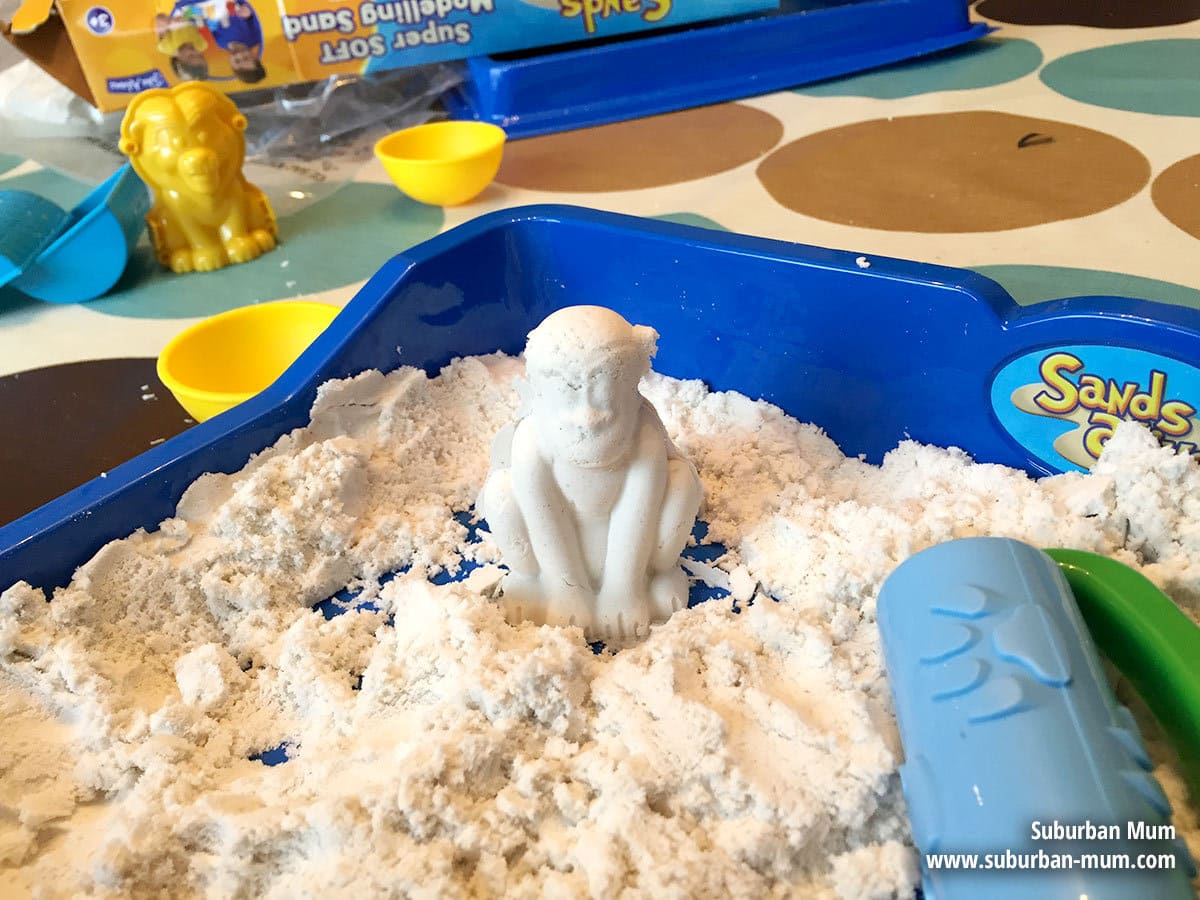 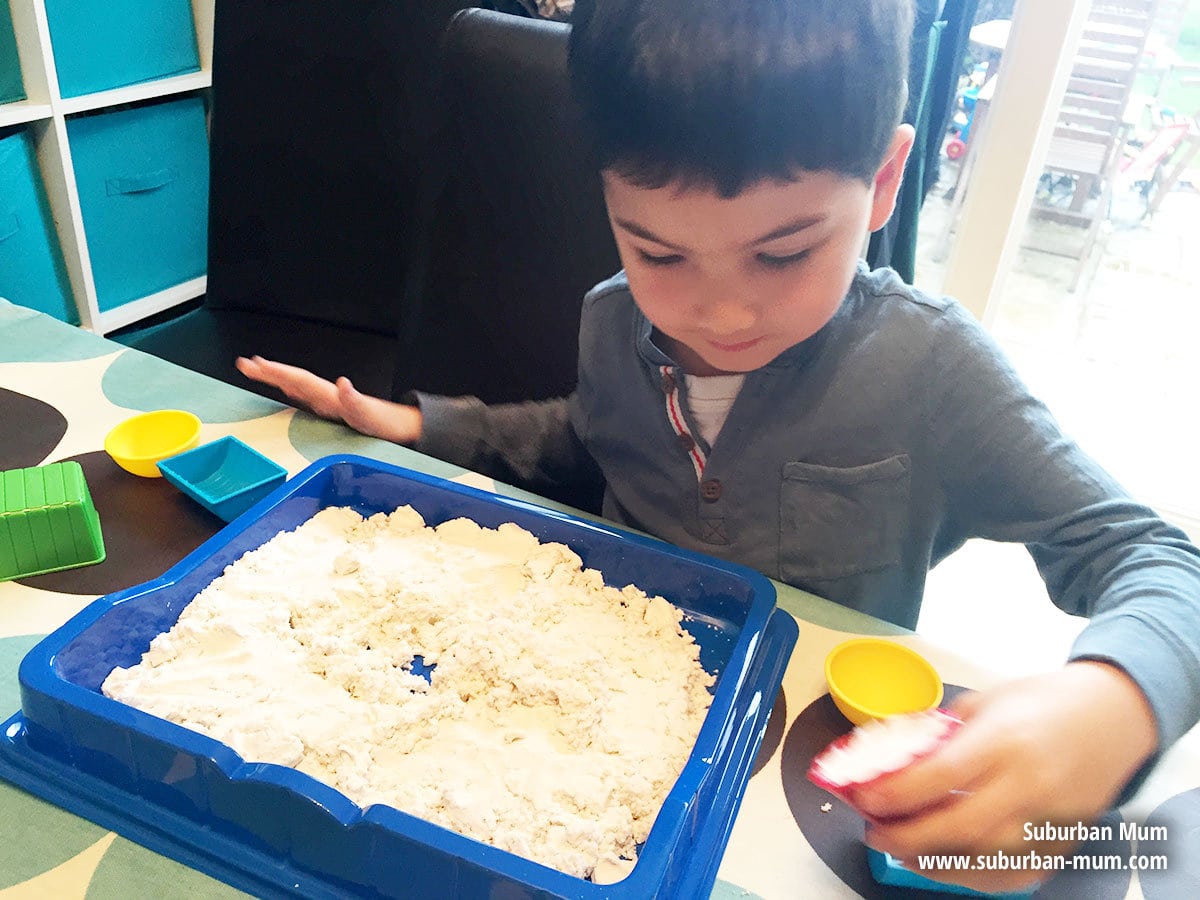 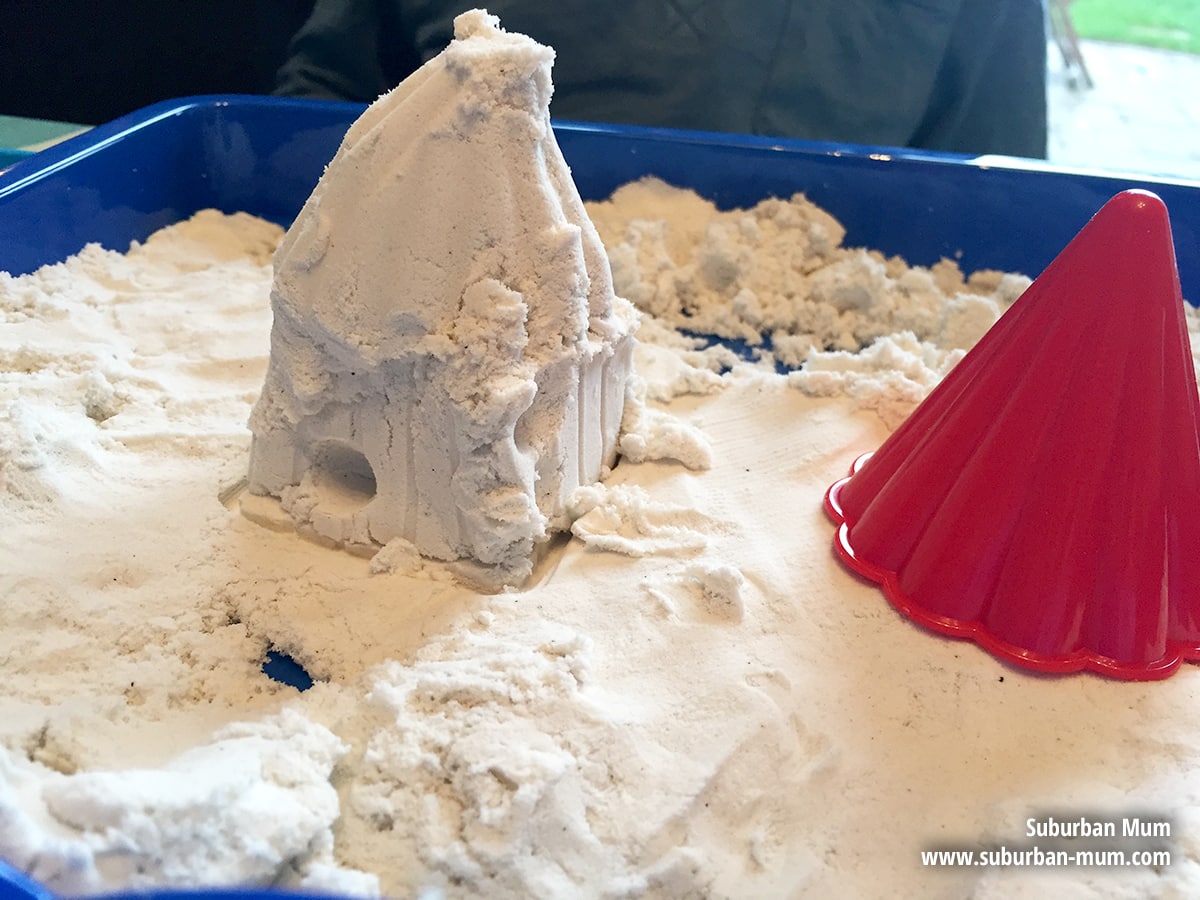 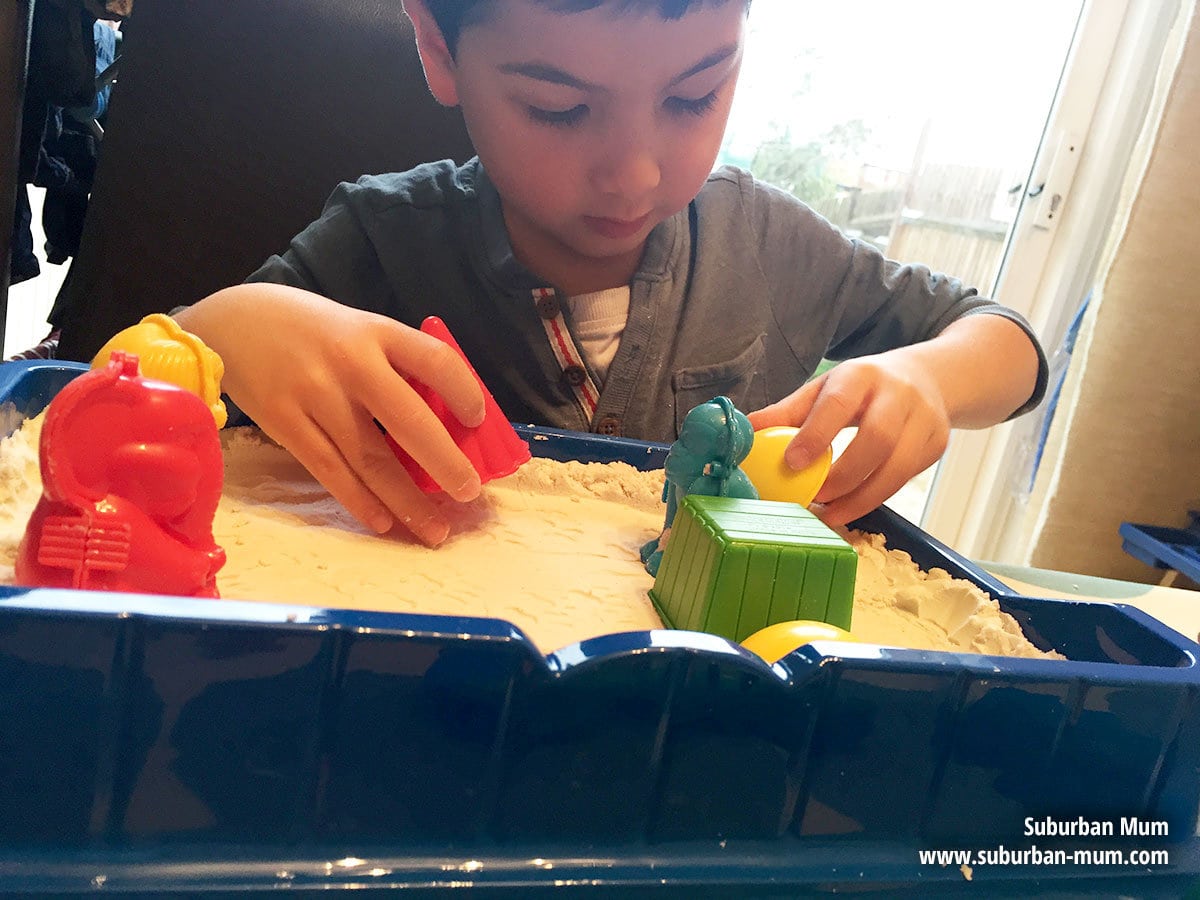 One thing I would say that would make storing easier would be if the trays had lids on. This is because each time when the boys finished playing I would have to gather the sand together and scoop it back into the bags again – it’s not a major problem but for ease, a lid of some sort would have been great.

Overall though, I think Sands Alive would make a really great present. Out of the two sets I would recommend the Sands Alive Animal Set as you get a slightly bigger play tray and more sand (675g as opposed to 450g in the starter set). The animal set currently retails at £19.98 on Amazon.

NOTE: We were sent the Sands Alive starter and animal set in exchange for this review. All images and opinions are my own. Amazon affiliate links have been used in this post.