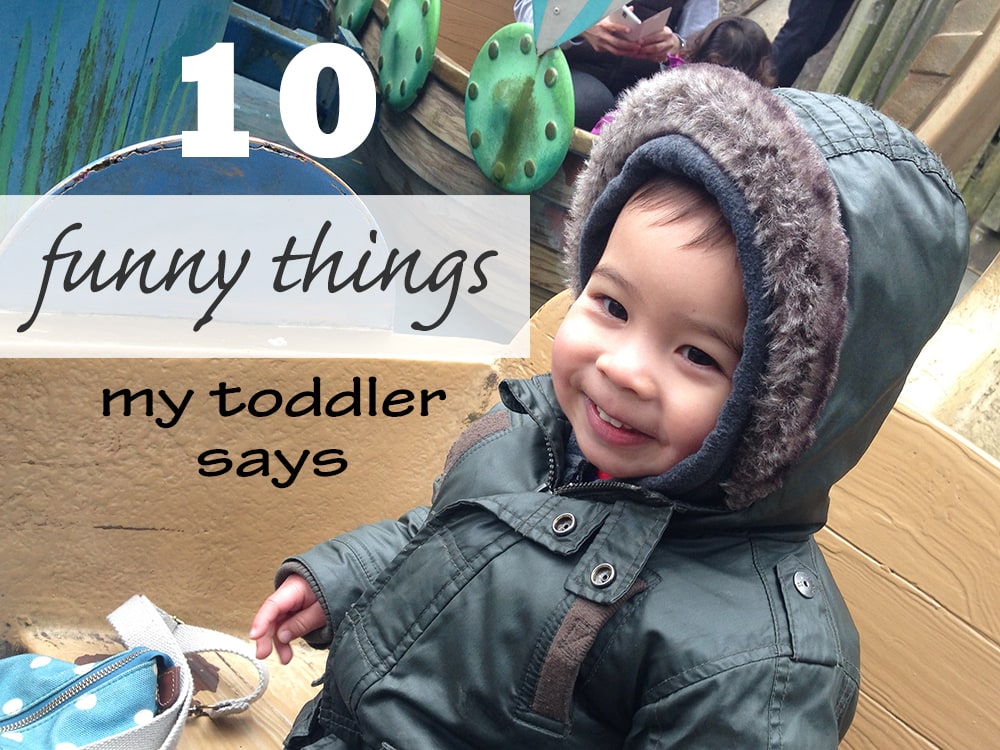 M’s speech has come on leaps and bounds over the last few weeks but he is still at that stage where he can’t quite pronounce certain words properly. It’s quite cute really so I thought I’d document some of my favourites before he grows up too soon and I forget them!

1. Boogerbike
That’s motorbike to you and me.

This has us all in stitches at the weekend when we were in the car on our way home when M pointed out the “boogerbike” he had just seen. E kept trying to get him to repeat it again but M wasn’t stupid  – he knew we were laughing at him so he simply refused to repeat it and instead firmly told E “’nuff!”

2. Trampapine
We have a huge 10ft trampoline in our garden which we bought for E’s 3rd birthday. It’s quite simply one of the best things we have bought. E literally spent the last two summers bouncing on it. M has started to use it too which is great – means we can contain both boys in a giant play pen!

3. Ditter
Children are weird. To M, asking for “ditter” sounds exactly like “water” I mean they sound exactly the same right?

It’s odd, because it’s not like he can’t use the “w” sound because he does – he just can’t seem to say water. Still, I guess it’s an improvement from “sitter” which is what water was before.

4. Where Henang?
This is the million dollar question to us. “Henang” is M’s blue elephant comforter (or Henry as he’s otherwise known as) who barely leaves his side. I dropped him (the comforter not M!) whilst we were out once and didn’t realise until bedtime. M was beside himself that night.  All other Henry replacements, although exactly the same didn’t do the job. Poor hubby had to retrace my steps that day in order to find him. We’ve had a few close shaves losing old Henry and if we did my life would simply not be worth living!

5. Watch BD
Not sure why, but M just cannot say TV properly and calls it BD. lol

6. Mook a me
Unsurprisingly M copies his big brother quite alot so when I get “Look at me mummy! Look at me!” from E, M then also pipes up with “Mook a me”

7.O’en it Any guesses what this might be? This is M’s way of saying open it

8. Sasasaur
As well as being train mad my boys also love dinosaurs. Believe me when I say that never in a million years did I think I would have to know which dinosaurs are herbivore or carnivores let alone the names of them all and then be told I’m wrong by my 4 year old.

9. Ocs
As the weather is warming up the boys have been spending more time in the garden. Rather than putting shoes on to go in and out they have “crocs” So when we hear cries of “ocs! ocs” followed by the thumping of footsteps – it usually means someone wants to go out into the garden to play!

10. Ahhhtside?
See no 9. After cries of “ocs! ocs” we then get “Ahhhtside?” (outside) Not sure why but “Ahhtside” is always asked as a question.

Linked up to A Cornish Mum’s Ten things linky, You Baby, Me Mummy’s The List, Honest Mum’s Brillliant Blog posts and Little Hearts Big Love’s From the mouths of Babes