Since becoming parents we have probably bought close to a gazillion toys, but inevitably the boys always seem to play with the same types of toys over and over again.

We’re talking anything to do with transport. Things like trains, cars, fire engines, aeroplanes that kind of thing. They were recently sent a couple of items from Carousel Toys. We’ve been big fans of them in the past. In fact, one of E’s first toys was a musical light up drum so I knew they would go down well.

If you’ve not heard of Carousel Toys before, they are a brand exclusive to Tesco and offer a range of toys that are suitable for babies right up to age 8.

The Police Breakout Set is a large Police truck that comes with three cars and a helicopter. The set has a prison cell as well as a working wind-up lift and sound effects. 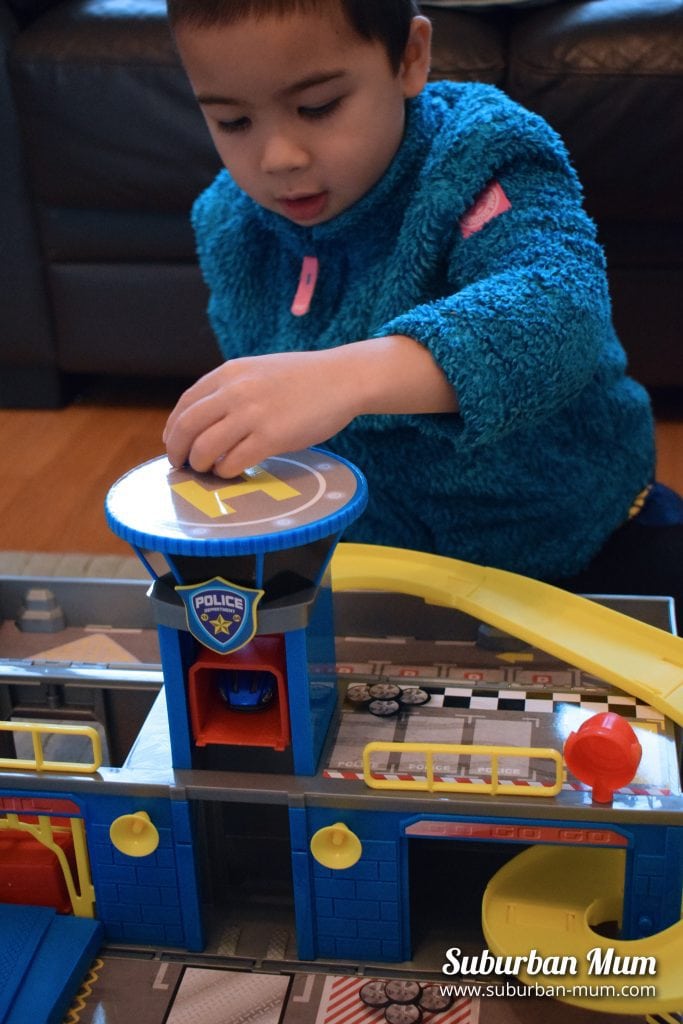 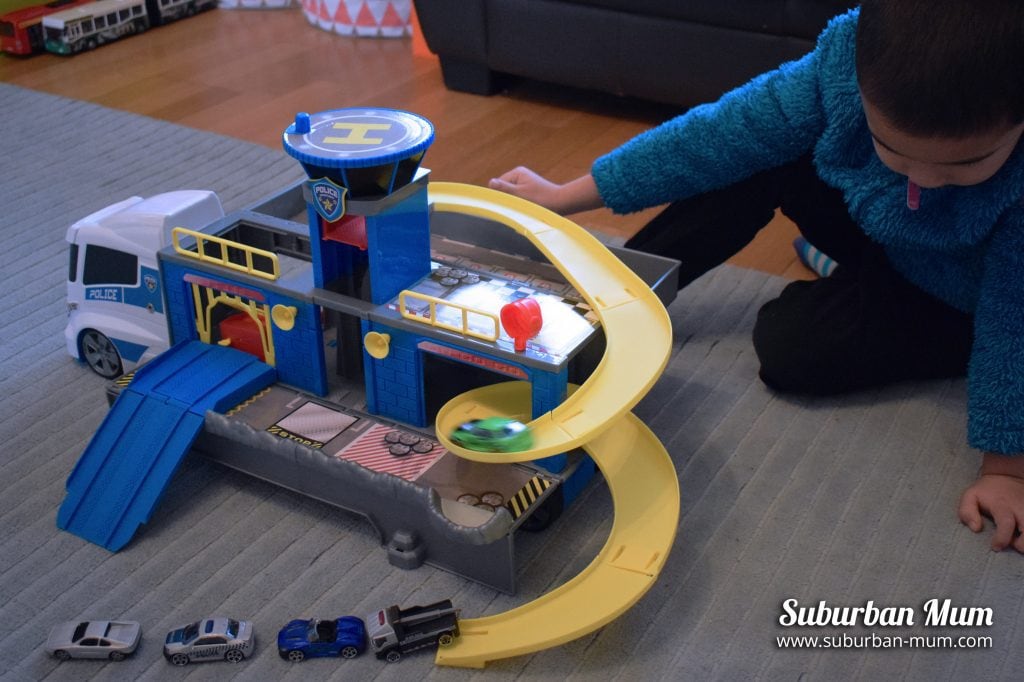 The set is a really good size and easily has enough space for two to play together. The boys have spent hours creating their own police chase scenarios. There’s plenty of room to add additional cars too. 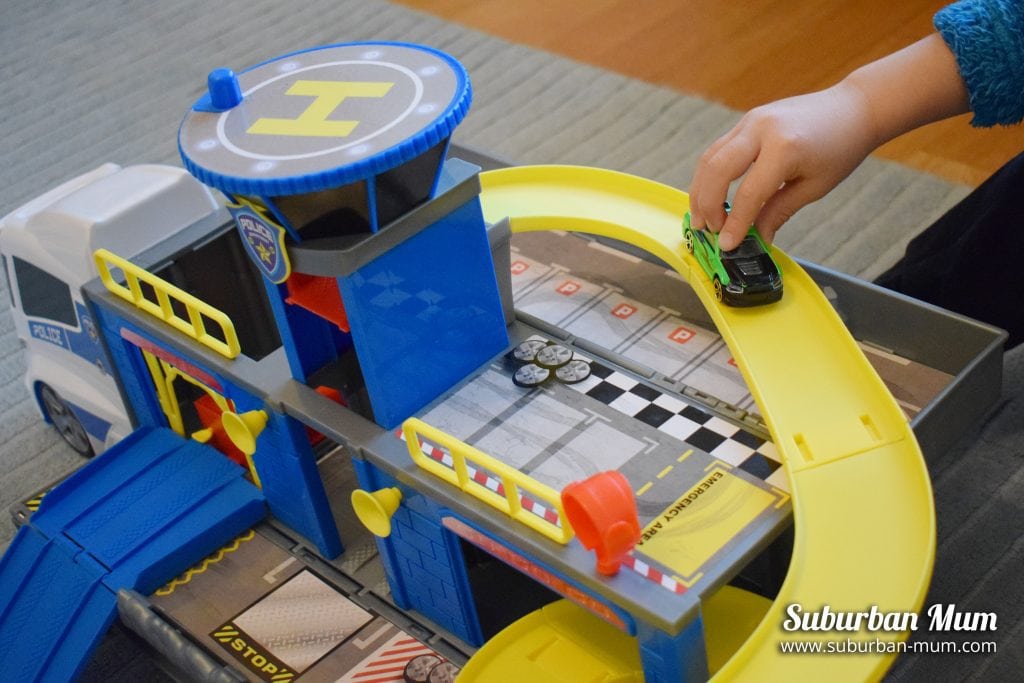 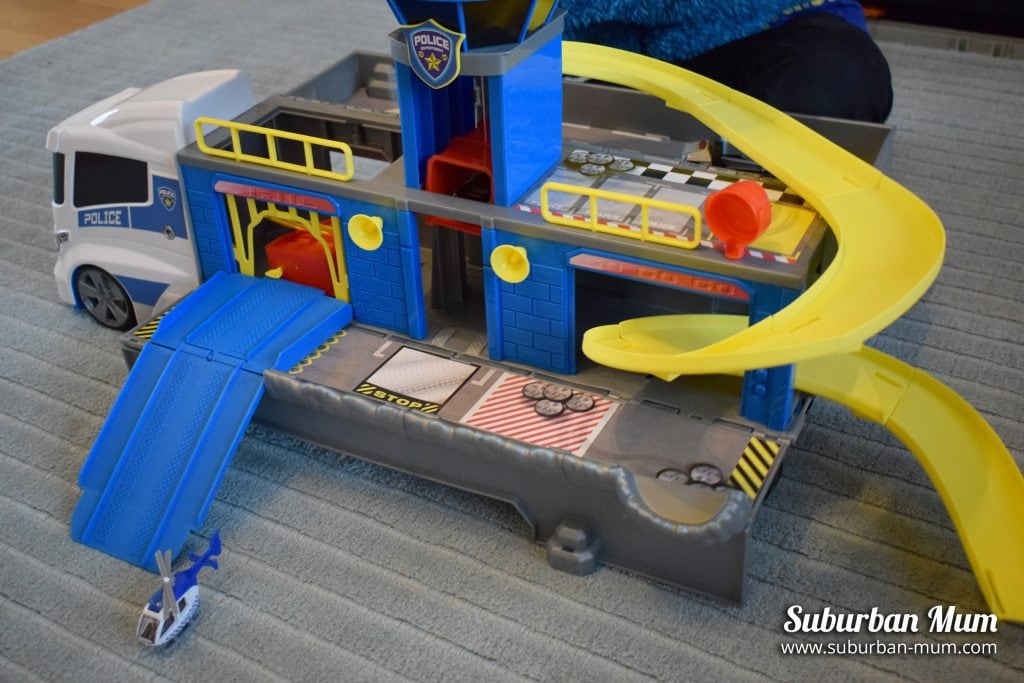 It can be annoying receiving a toy that doesn’t have batteries included, so you’ll be pleased to hear that the Police Breakout Set comes equipped with 3 AAA batteries.

The whole set can easily be packed into the truck when not in use for safe storage too.

Alongside the Police Breakout Set, we were also sent the Mega Transporter. This is a must-have for any car-mad children out there. The boys were bought something similar before, but with all the cars they own, it ran out of space pretty fast. This Mega Transporter comes with a whopping 14 cars and accessories. In addition to this, it has space to hold a whopping 40 cars! 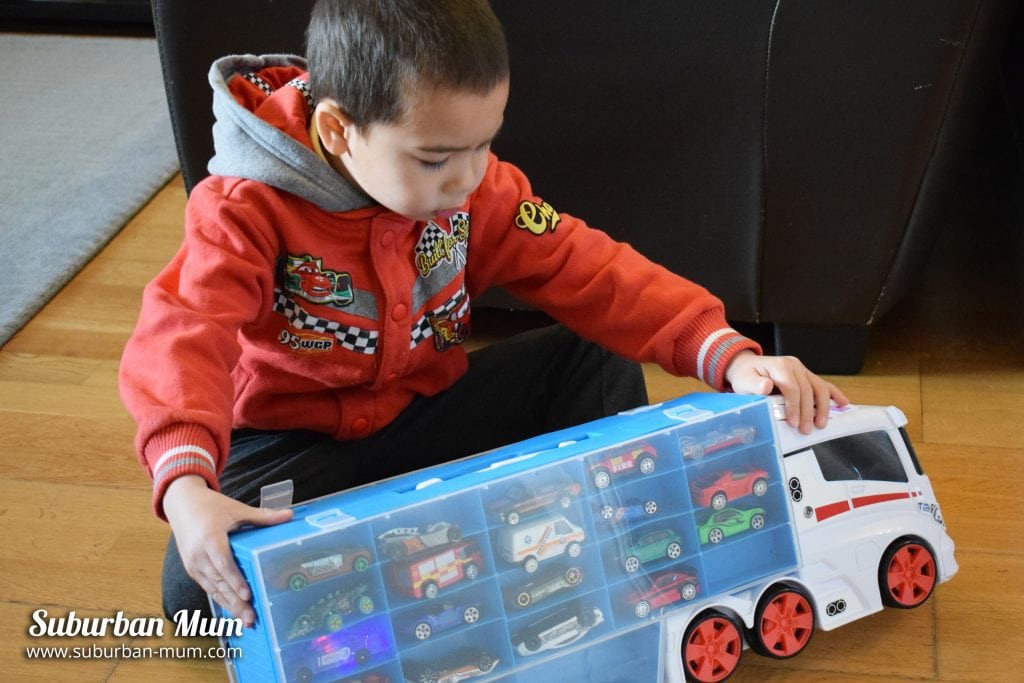 The Transporter itself has wheels on so you can push it around easily. It also has a handy carry handle at the top. 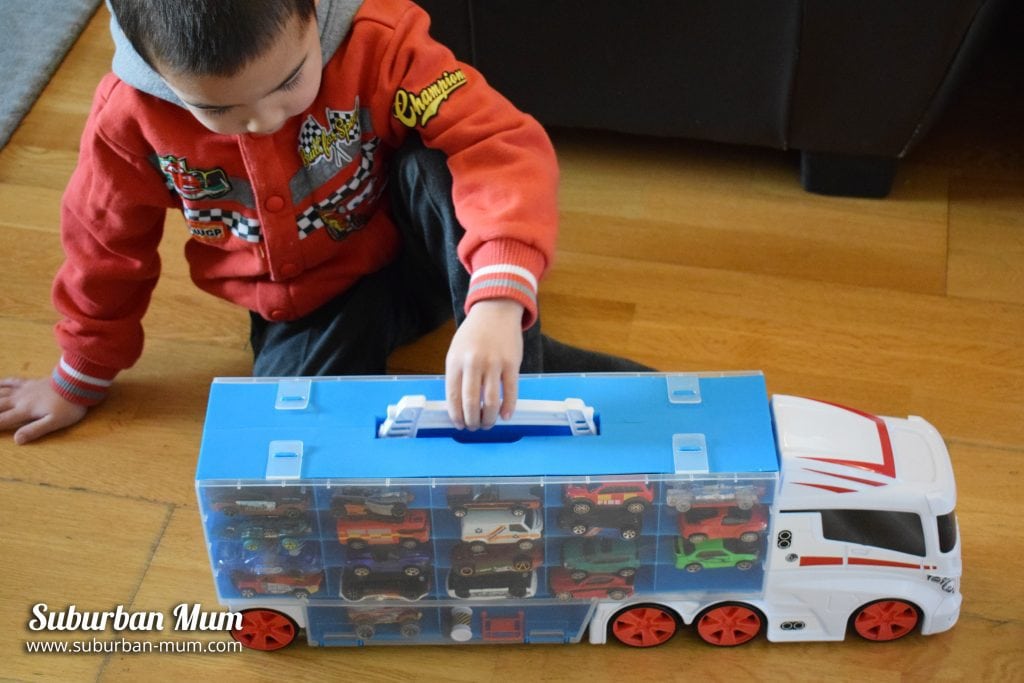 I love the transporter can store so many cars. It saves them being strewn all over the floor and keeps them tidy in one place.

Both the Police Breakout Set and the Mega Transporter are easily packed away and can be taken wherever you go. The boys have found this really handy to be able to bring these with them easily when visiting our in-laws.

Carousel Toys are available in most Tesco stores and are convenient to pick up whilst doing your weekly shop. You can also shop online too.

*We received these items from Carousel Toys for the purpose of this review.