I really enjoy taking the boys to the theatre and we are very lucky to have a theatre local to us that we visit regularly.

However, nothing beats seeing shows in the West End and a few weeks ago, we were very lucky to be invited to see Matilda The Musical.

I was a huge Roald Dahl fan when I was girl. Matilda was one of my favourite books so I think I was probably more excited than the boys to go and see the show.

We arrived at the Cambridge Theatre, which is just a short walk from Covent Garden and Leicester Square and took our seats. It was the M’s first time at a West End show so of course, we had to get some binoculars for them both and stock up on sweets and drinks. 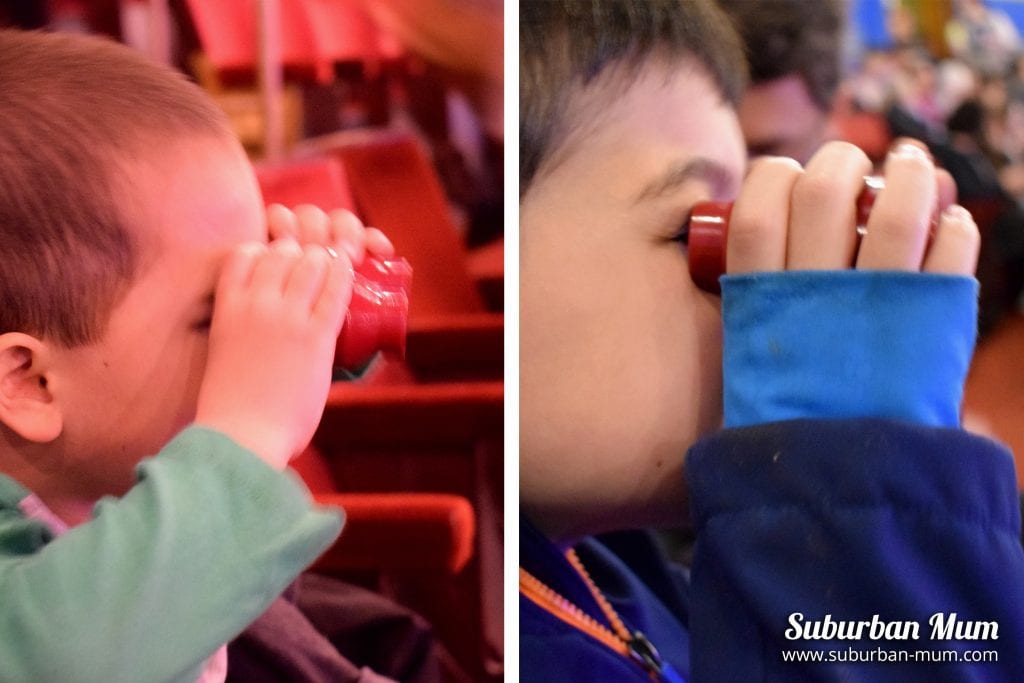 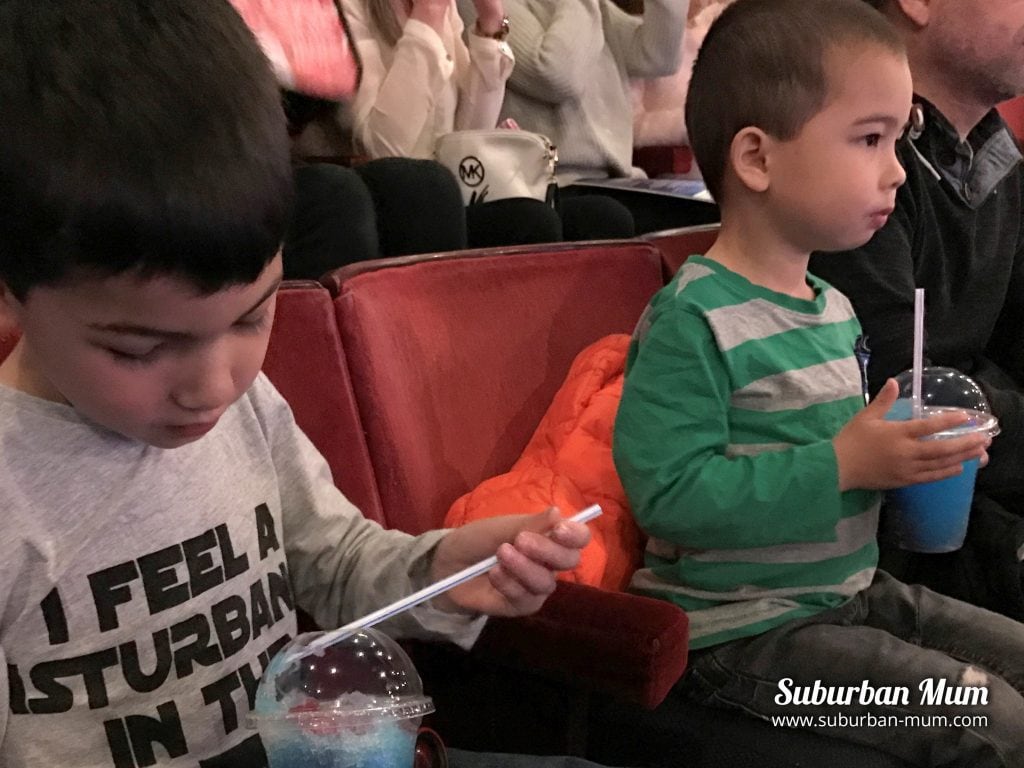 If you’re not familiar with the Roald Dahl story, Matilda is a bright little girl who is underappreciated and neglected by her parents (Mr & Mrs Wormwood). She finds solace in books which help her escape the real world. When she starts school at Crunchem Hall, she meets the lovely Miss Honey who takes Matilda under her wing and together they try and face up to the fearsome headteacher Miss Trunchball. 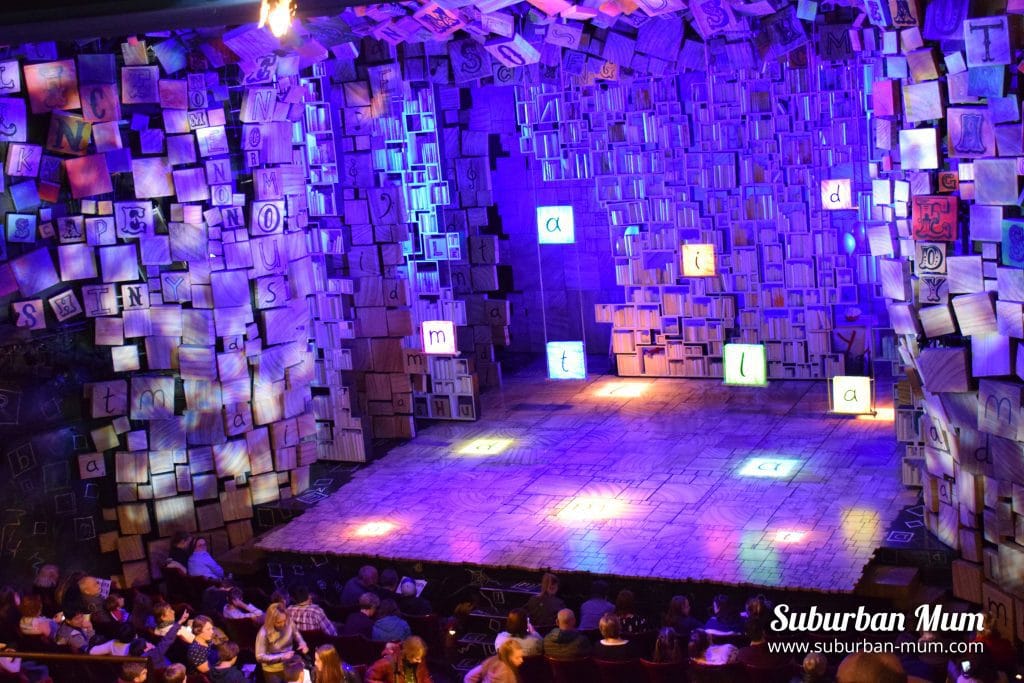 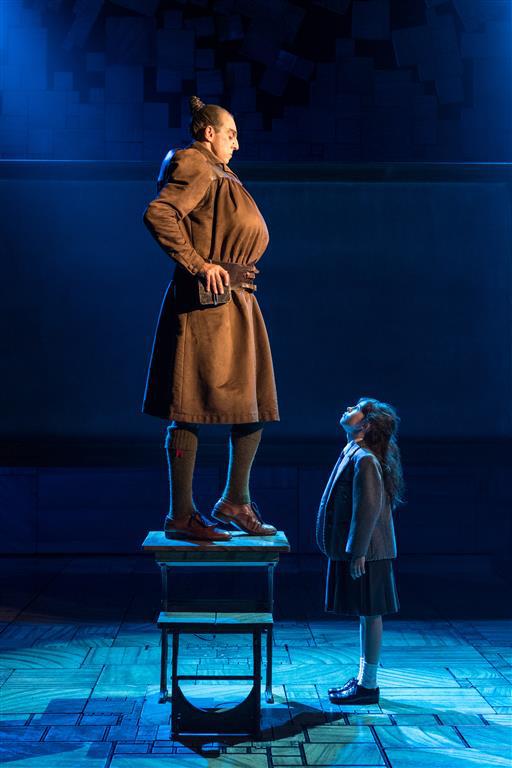 We all thoroughly enjoyed the show and found it hugely entertaining – both for adults and children alike. The set is very cleverly designed and not like anything I’ve ever seen before. One minute you are in the Wormwoods home, the next we’re at the gates outside Crunchem Hall. We are transported to the classroom when desks cleverly pop up from the floor and the best part of the set, without a doubt was the scene where the children are on swings. There were huge smiles all round from us just watching them. The music is also worth a mention, the upbeat songs are ever so catchy and the performances of the all-singing and dancing cast was just fantastic. It’s no surprise to find out that the show has won numerous awards for Best Musical. 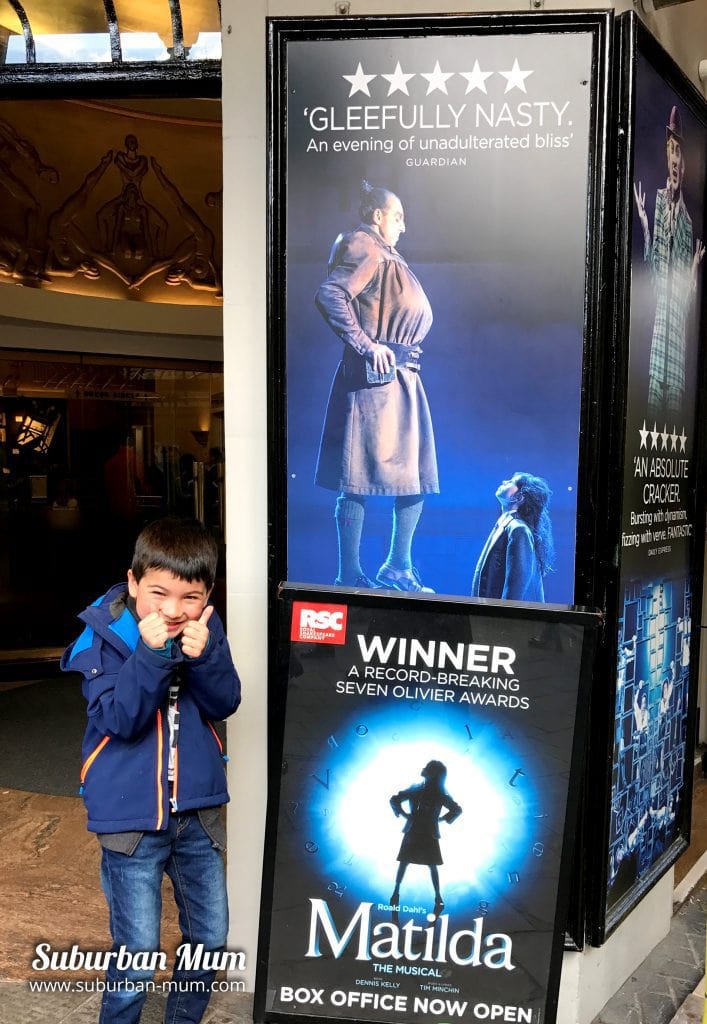 Matilda the Musical is recommended for age 6+. I am guessing this is largely down to the duration of the show. (it lasts for over 2 and a half hours with an interval in between). M has always been pretty good with theatre performances, bar asking a few times if it had finished yet he happily sat and watched the show. I think it would be ok for younger children if they have a good attention span.

If you’ve not yet had the chance to see Matilda the Musical I would highly recommend it. It’s probably one of the best things we’ve seen in the West End to date. Tickets are available to purchase on the StubHub website.

*We were invited to Matilda the Musical for the purpose of this post.
StubHub is a ticket marketplace that connects buyers to sellers. As a true ticket marketplace, StubHub does not own, price or purchase any tickets listed on the site. Every transaction made through the site is backed by StubHub’s FanProtect™ Guarantee.