Its no secret, my boys love their food. E especially has a broad taste and will literally try anything once. As well as enjoying their food, they have also developed a real interest in cooking. Over half-term, I decided to enrol them into the Mini Ninja School at Yo! Sushi.

Mini Ninja School at Yo! Sushi

The Mini Ninja School at Yo! Sushi is available over the school holidays (some weekend dates are also available depending on your location). The session allows children from aged 5 onwards the chance to get hands-on and learn how to make different types of sushi. E was super excited when I told him where we were going. We headed to our local Yo! Sushi for 10am. The sessions run before the restaurant opens with one of the Yo! Sushi chefs who show you how to make your sushi step-by-step.

On arrival, the boys were sat down in one of the booths that had bamboo mats laid out for them as well as a set of three recipe cards showing them the three different types of sushi they were going to make. They couldn’t wait to get stuck in. The Yo! Sushi chef had a quick chat to them about how the sushi rice is made before handing them each a nori sheet (seaweed) so they could start making a Cucumber Maki. They were given bowls of rice, cucumber and sesame seeds and shown what they needed to do every step of the way. Once the rice and the filling were in the right place they were then shown how to roll their sushi using the sushi mat. The chef would then check over their work and help them cut the sushi into pieces before popping them into a box for them to take home at the end of the session. 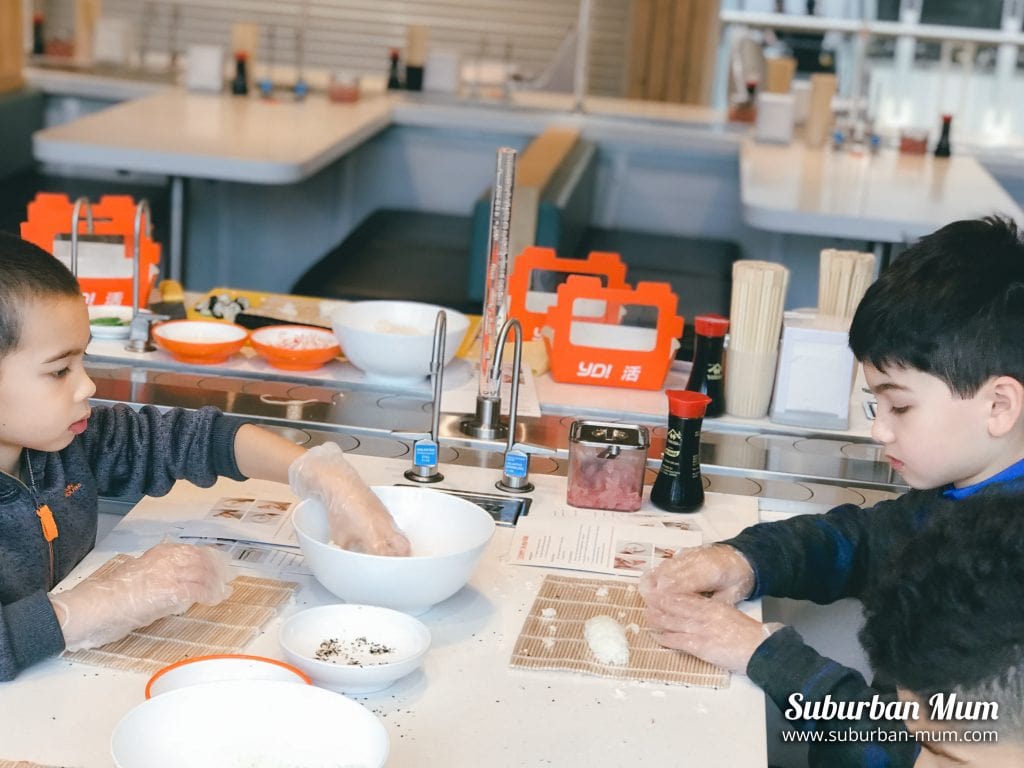 After the cucumber maki, they then went on to make a Californian Sunshine handroll with crab and either avocado or cucumber and lastly, a Salmon Nigiri. 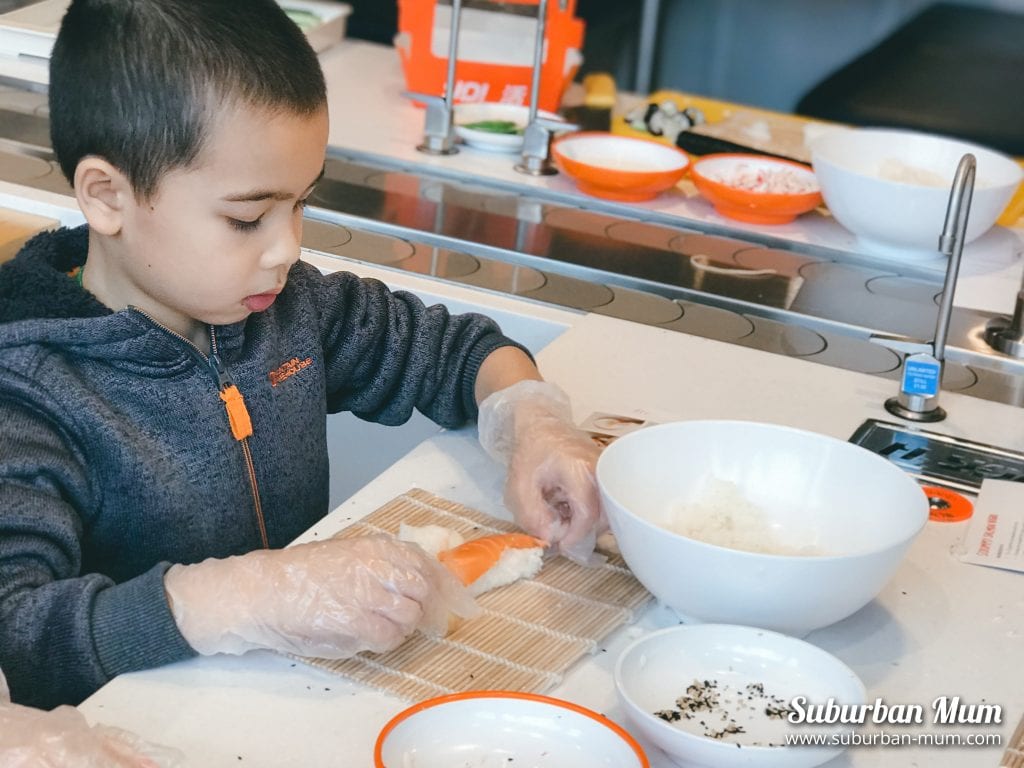 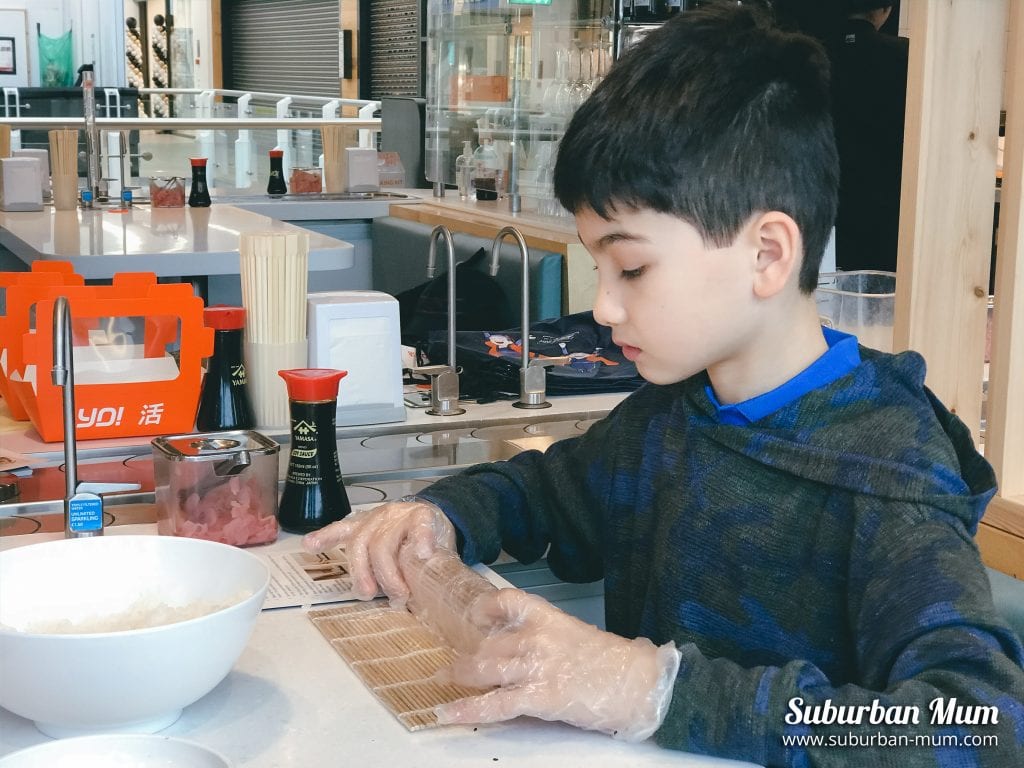 I don’t think I have ever seen such concentration from them both but they thoroughly enjoyed learning how to make sushi and were very pleased with their efforts. At the end of the session, they played a game with some Edamame beans and chopsticks The aim was to see who could transfer the beans from one plate to another the fastest and the winner had a little prize to take home.

Before we knew it, the session was over. They were both handed a box of the sushi that they had made and could take home the bamboo mats and recipe cards they had used in a little goody bag too. 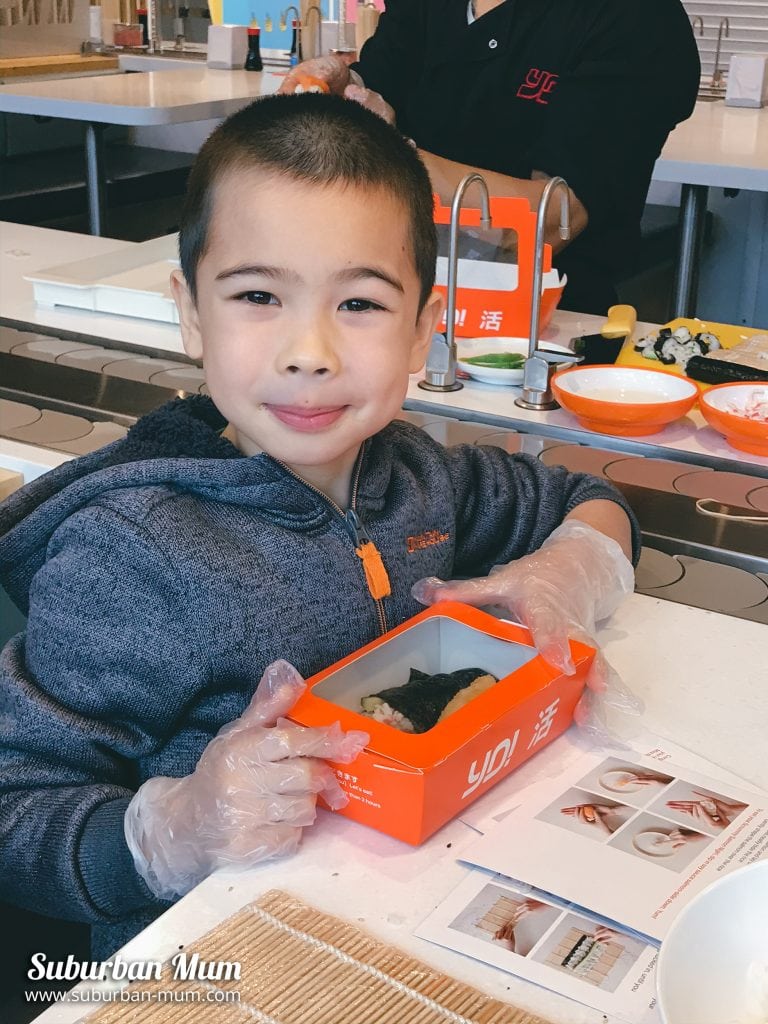 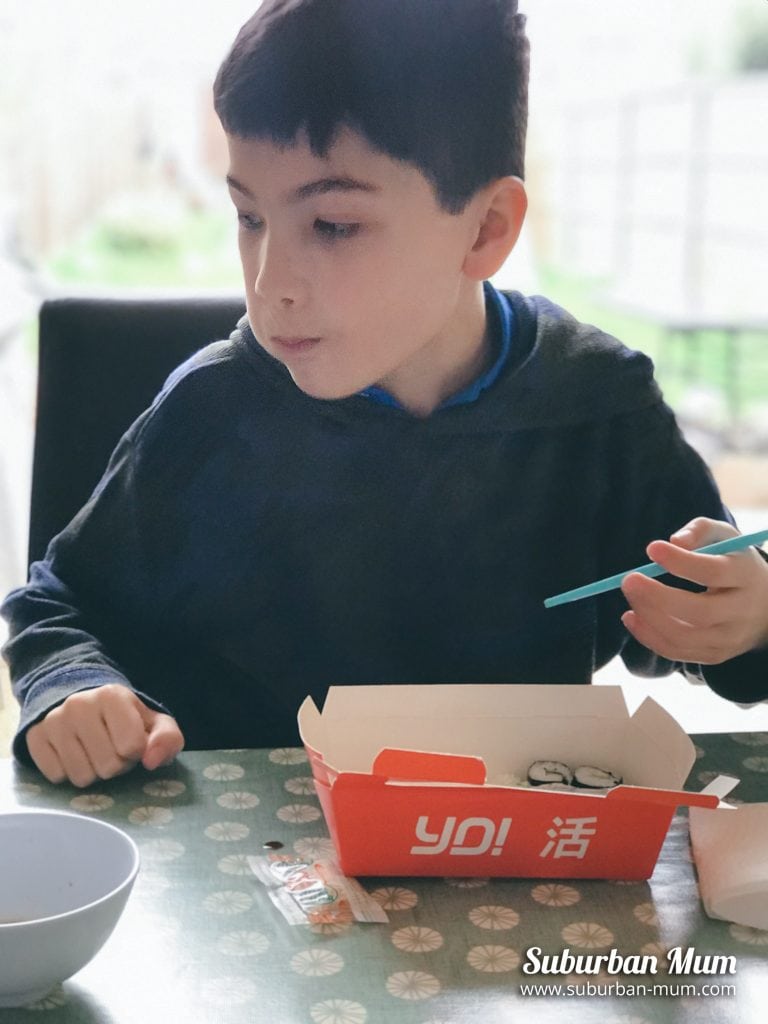 My boys had a ball making their sushi and couldn’t wait to get home so they could have what they made for lunch. The Mini Ninja Sushi school session lasts around an hour and costs £15 per child. Places can be pre-booked in advance online. I think it’s a fab little activity to do over the school holidays and get thems hands-on with making their food too which can only be a good thing!

To see the dates of when the sushi school runs at your local branch, head over to the Yo! Sushi website. 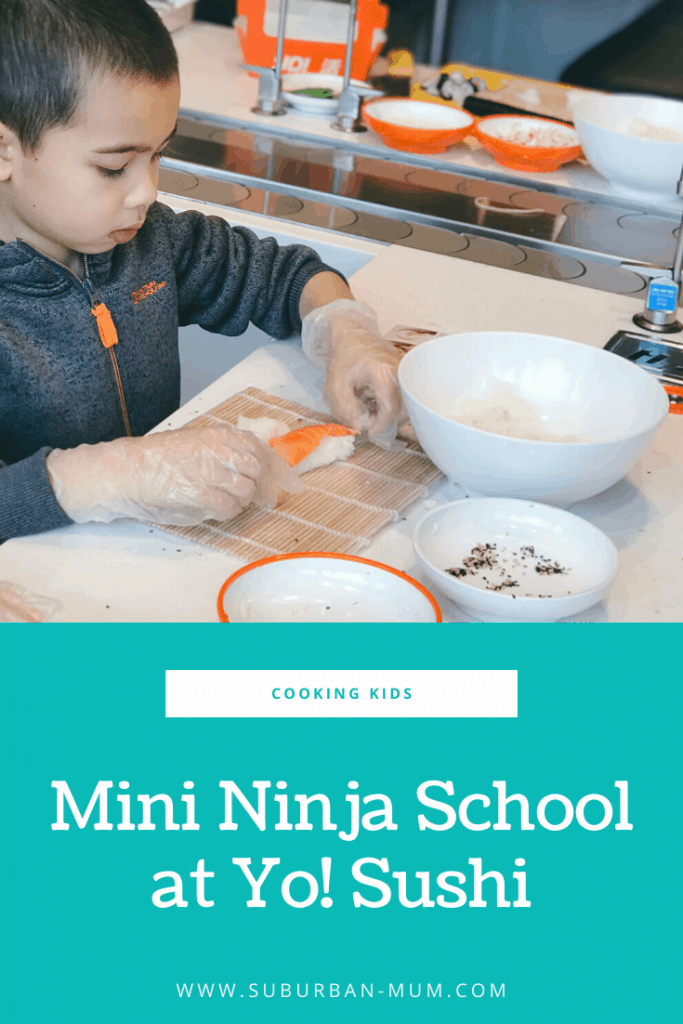