The boys have always had some theme for their birthday parties. We’ve had Mickey Mouse, Dinosaurs, Spiderman, Sharks, Thomas, Minions and Minecraft to name just a few. This year for my youngest son’s 6th birthday, the theme was Pikachu. They’ve become completely obsessed with Pokemon of late and watch it every day, so a Pikachu themed party was inevitable!

I like to challenge myself when it comes to birthday parties. You know, they give me way too much to do kind. This time, I wanted to make Pikachu cookies put in the children’s party bags and here’s how I created them. 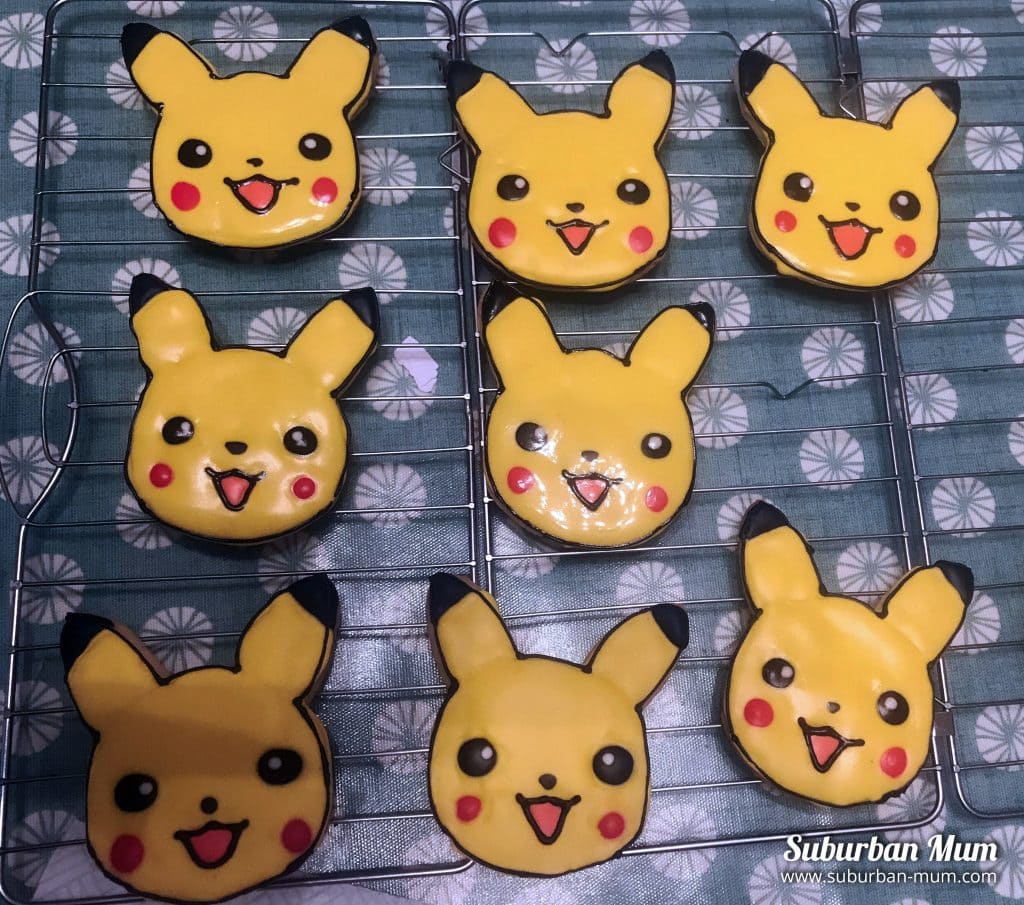 First up, I bought a Pikachu cutter from Ebay. I followed a classic sugar cookie recipe from Sweet Sugar Belle’s blog which made around 20 odd cookies. 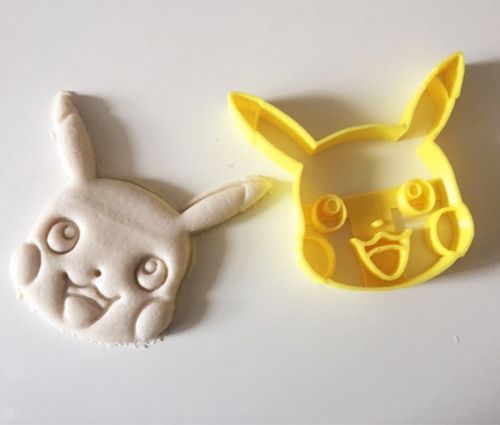 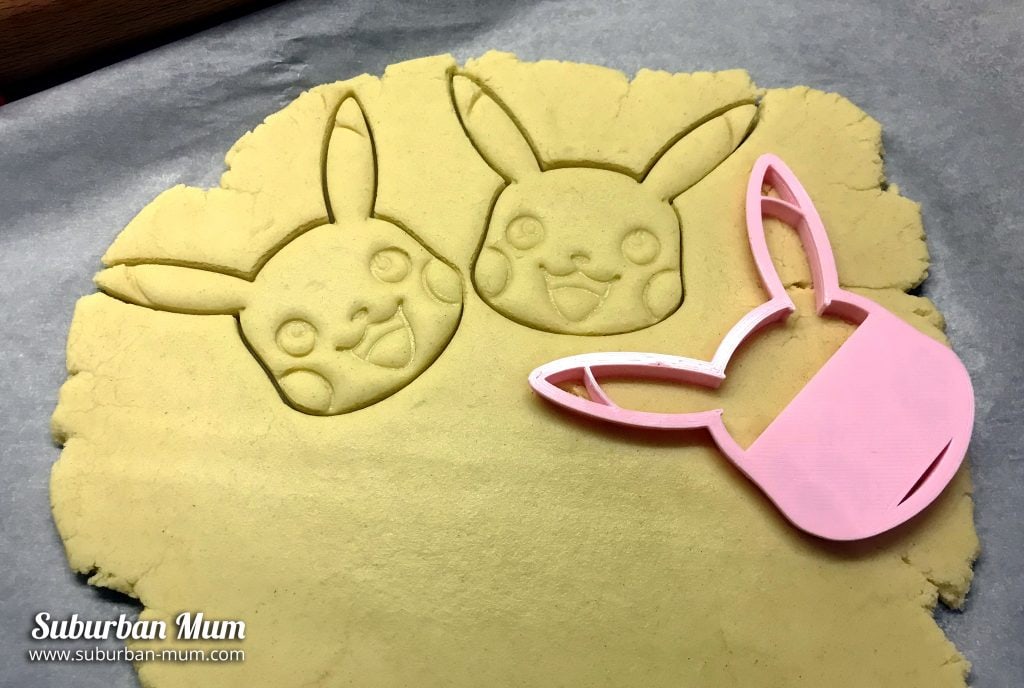 Once the cookies were baked, it was onto making the Royal icing. Once again, I followed the Royal Icing recipe from Callye over at Sweet Sugar Belle. I couldn’t get hold of Meringue Powder from the recipe in the supermarket so I ended up buying a Wilton version in my local Cake Decorating shop. This can also be bought online via Amazon (affiliate link)

I needed three different consistencies of icing, the main one being yellow flood icing for Pikachu’s face, 20-second icing for the features (in red, pink, black and white) and lastly a slightly more rigid icing for outlining the cookie (black icing). Again, I referred to the amazing Sweet Sugar Belle’s post on Royal Icing consistencies so do have a read up on that if you don’t have a clue what I am talking about. I’m a complete novice when it comes to this sort of thing so I found her posts really useful to follow.

Once the Royal Icing was made up (sorry I forgot to take photos!), I split them into the five parts (see the percentages below) before adding food colouring to them. Only when that was done, did I gradually add a little water to get the right consistencies.

Below is a rough guide of how I split the Royal Icing colours by percentage. I used the following Wilton icing colours: Golden Yellow, Red and Black/Negro.

I mixed the colouring little by little until I achieved the colour I was after. Black took forever, and I went through a whole pot, so be warned! These Pikachu cookies have a lot of black in the face details.

The cookie cutter I used made indentations into the cookie to make it easier to know where to ice. It did take me a few goes to get this right but the below steps were what worked well for me.

I started with the black 20-second icing to do the ears, using a toothpick to move the icing into the corners. 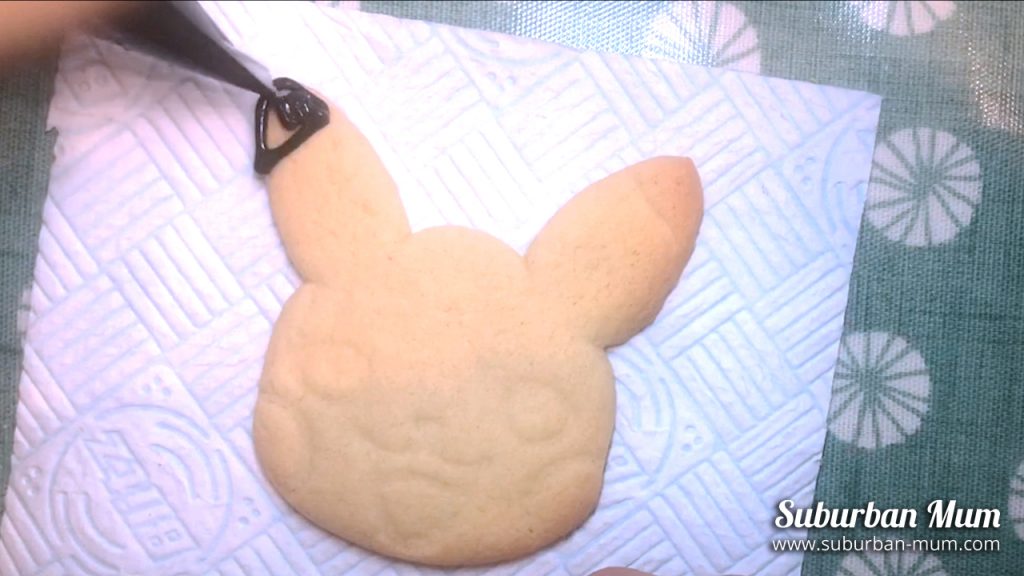 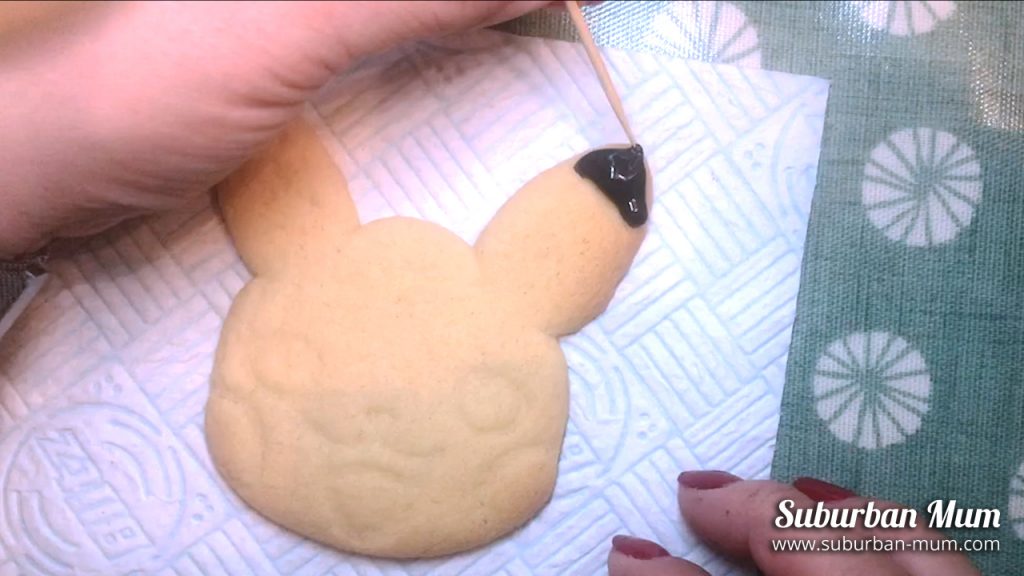 After that, I did the eyes, again using the toothpick to even out the shape of the eye and adding a dot of white icing for the pupils. 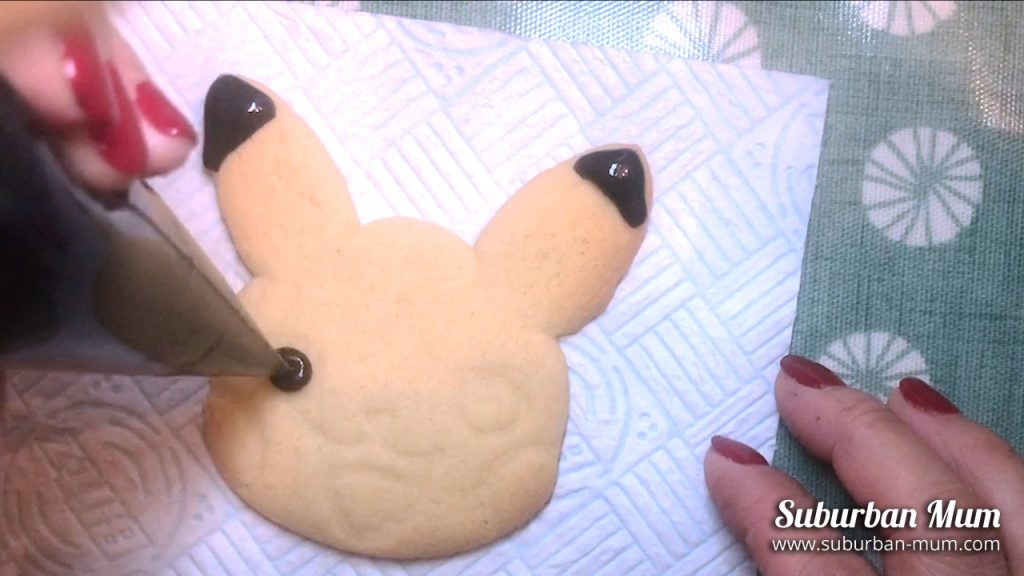 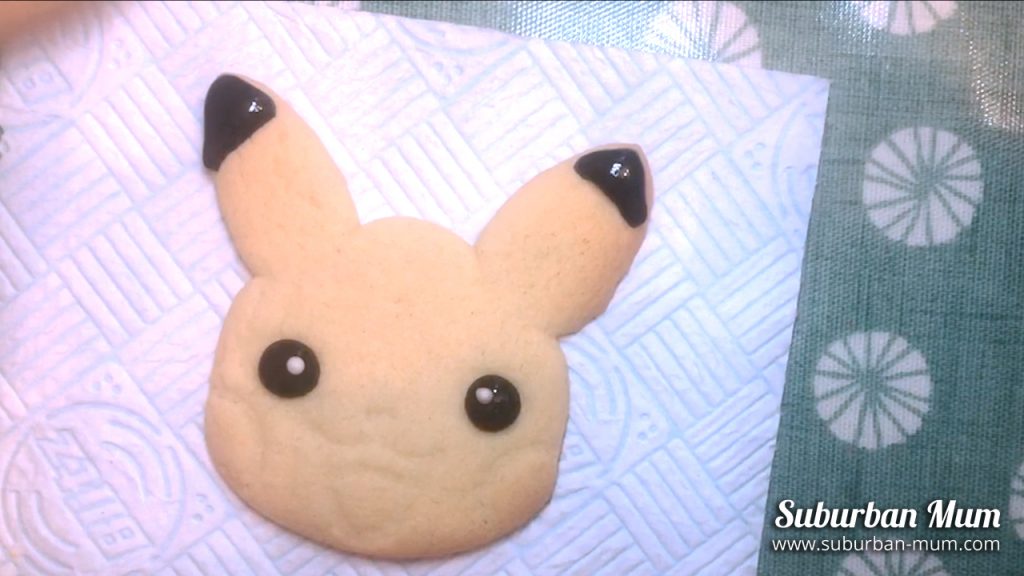 Next, it was the pink 20-second icing for the tongue and shaping this with the toothpick. 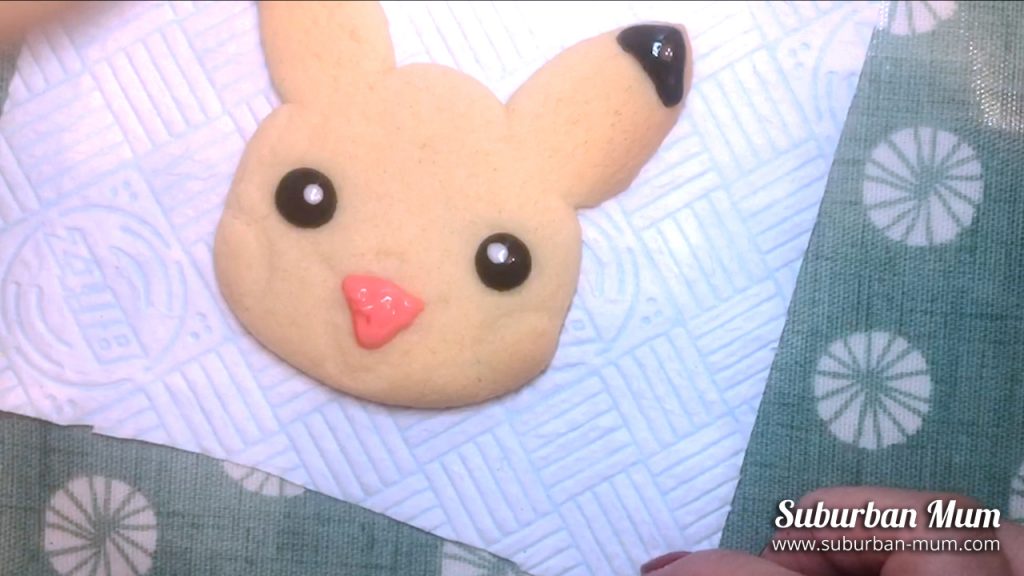 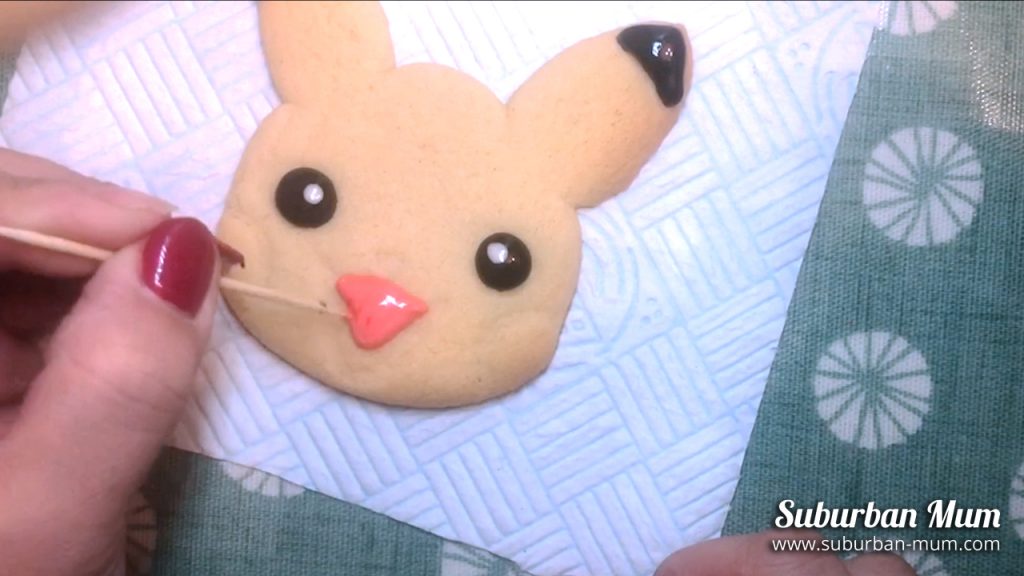 Then it was onto the red icing for the cheeks. I actually didn’t stick with the cut-out guides for this as they looked odd on the side of Pikachu’s face so I popped them just under the eyes.

Lastly, it was time for the yellow flood icing. This icing was in a squeezy bottle with a size 2 nozzle My preferred method was to outline the cookie first to stop the rest of the icing from seeping out. I then moved onto outlining the eyes, cheeks and mouth before filling in the rest of the cookie. 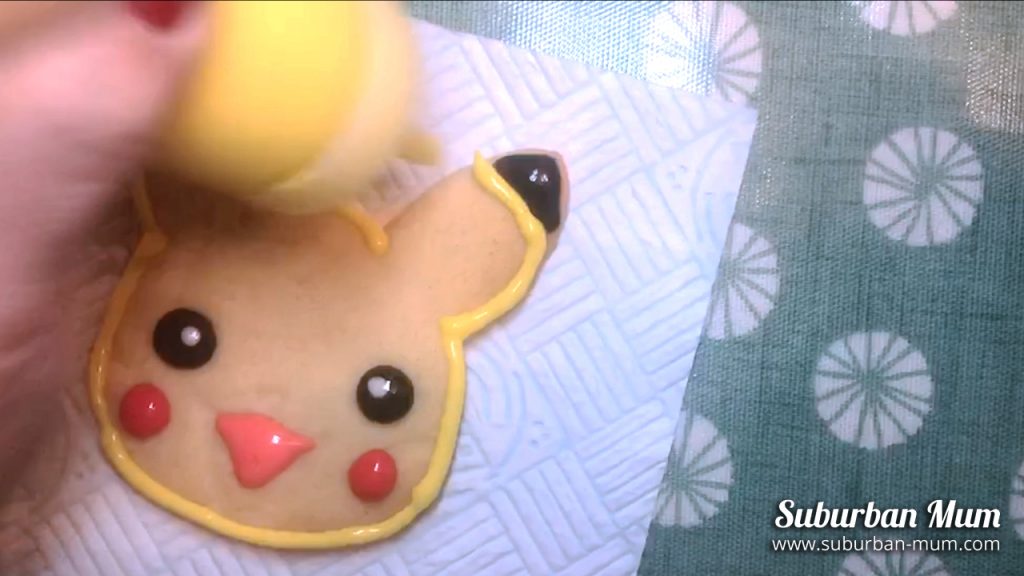 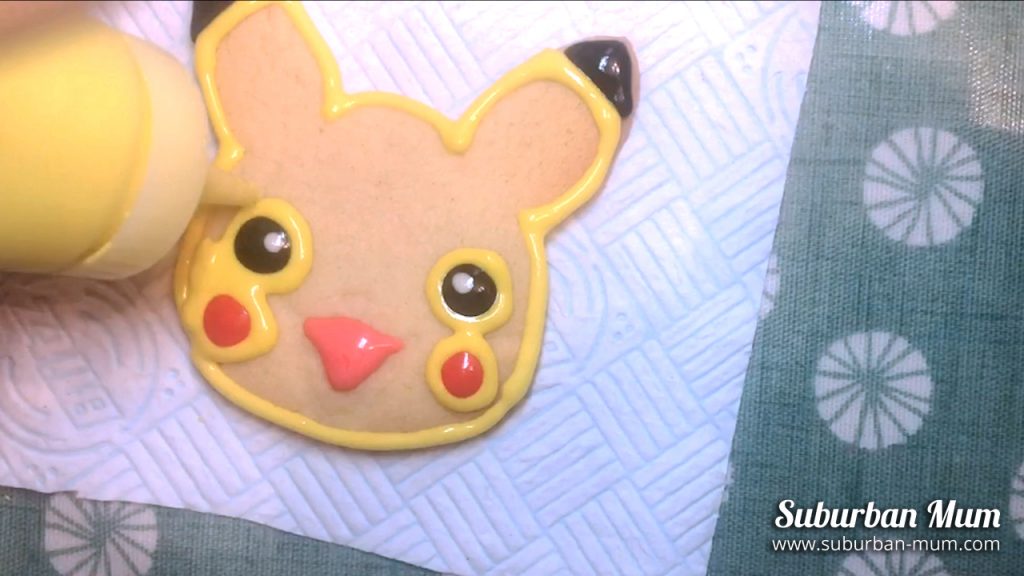 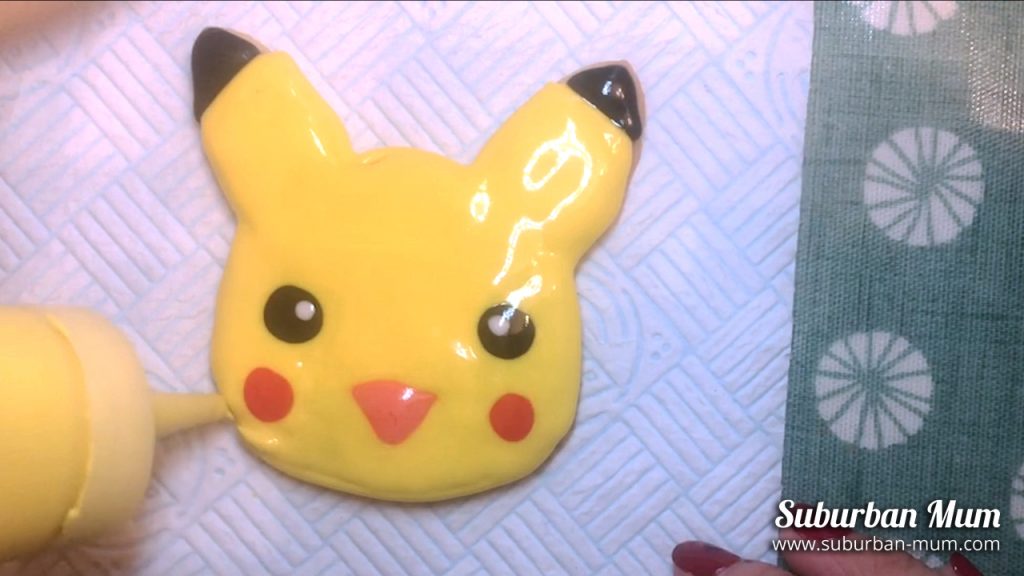 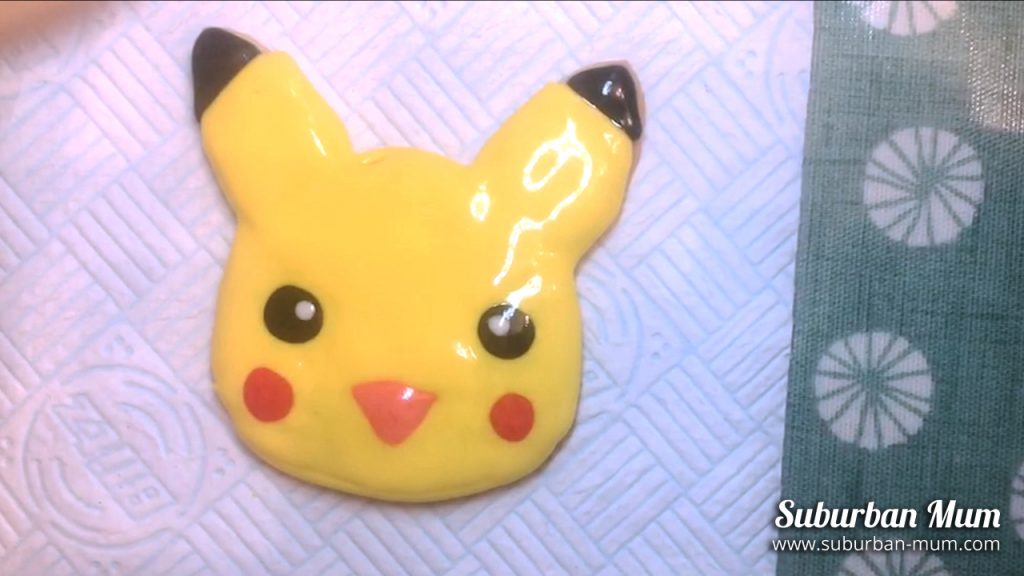 Lastly, using the black outline icing and a number 1 nozzle I added in the nose and outlined the cookie to finish off. They’re far from perfect but I don’t think they’re too bad for my first attempt! 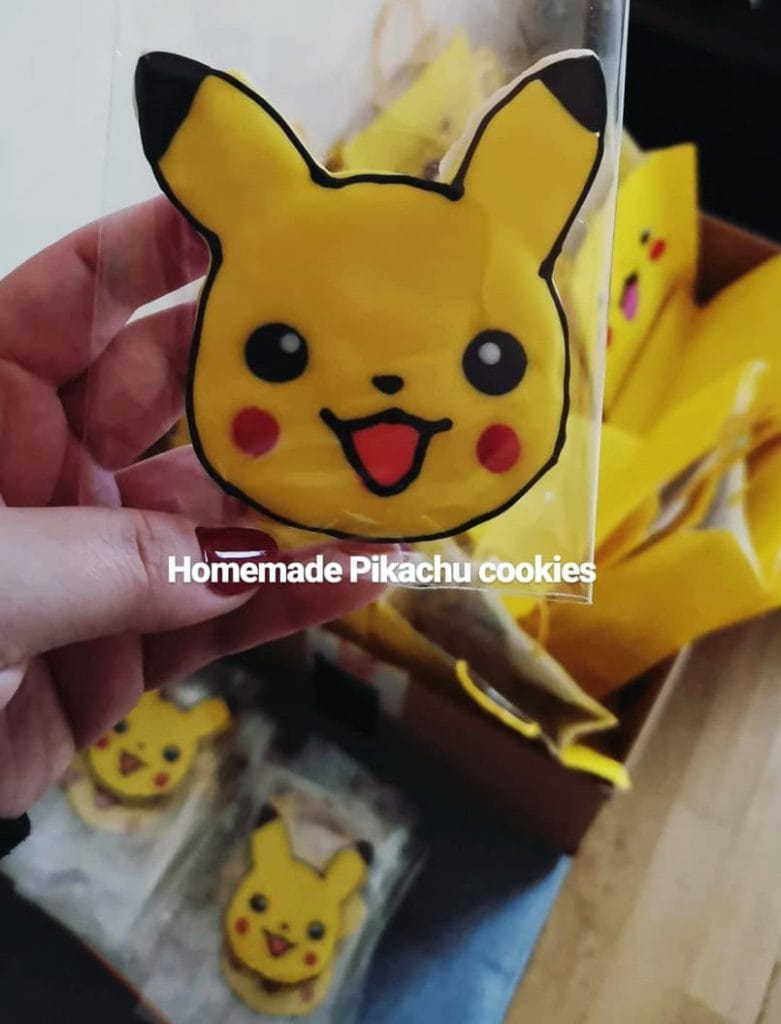 So there you have it – how to make your own Pikachu cookies! 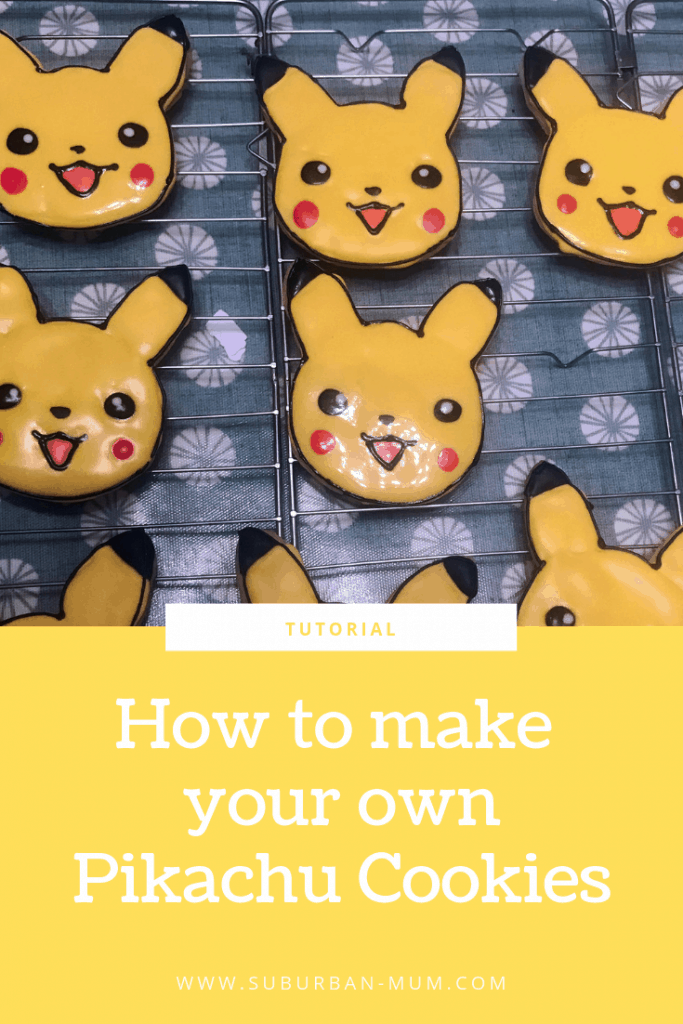