The boys love drawing; there was a time when E would spend hours and hours doodling and drawing in his sketch pads. He does get a little upset at times if the things he draws don’t quite go to plan, I think its the perfectionist in him. So when we were offered the SmArt Sketcher Projector to review I thought it would be the perfect tool to help build on their drawing skills and confidence.

The SmArt Sketcher Projector from Character Online comes in two pieces which are easily slotted together. You can use it plugged into the mains via the adaptor provided or by using batteries which are not provided. We tested the projector out with batteries as we were keen for it to be portable so the boys weren’t restricted by where they could use it.

The SmArt Sketcher Projector is pre-loaded through the use of a memory card that slots into the top of the projector head, with over 50+ activities including a variety of pictures which you can learn to draw. Using the buttons on the front of the projector, you can rotate through the pictures before making a choice and move through each drawing stage step-by-step. 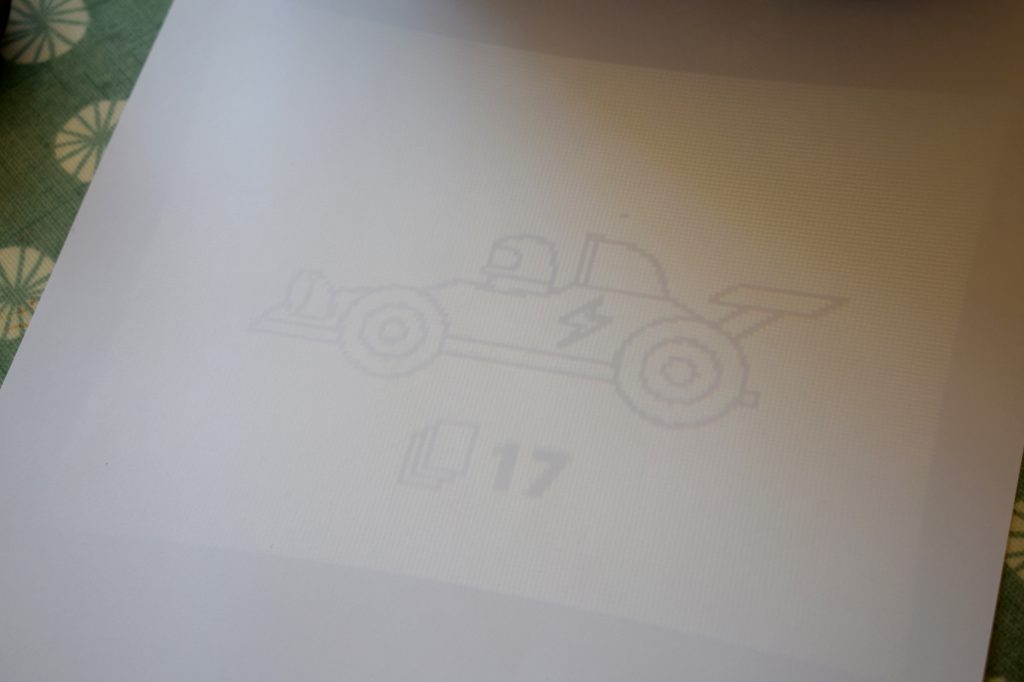 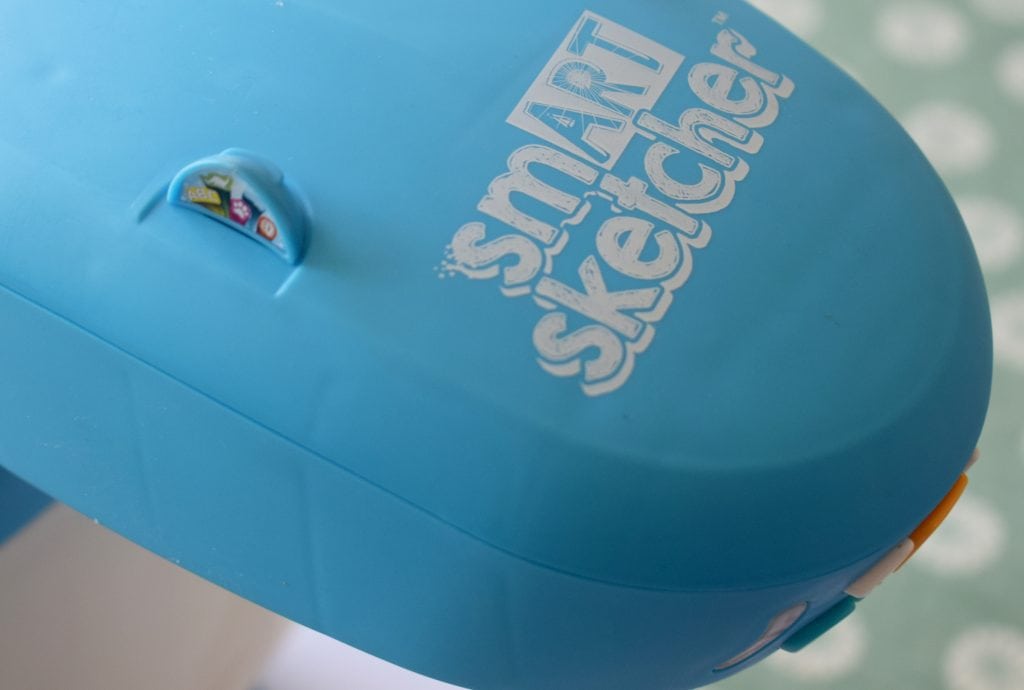 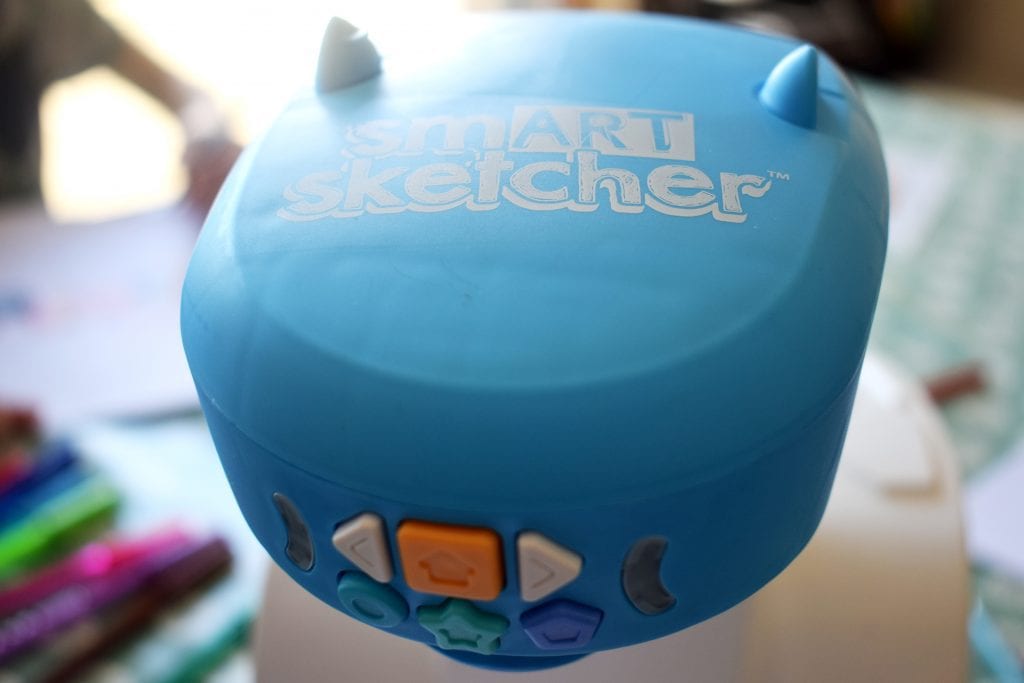 The boys couldn’t wait to get started with it and chose to draw a racing car (E) and a train (M). E (who’s 8) happily went through the steps himself and was super impressed with the results at the end. Once his drawing was finished, he then set about colouring it in while M had a go. 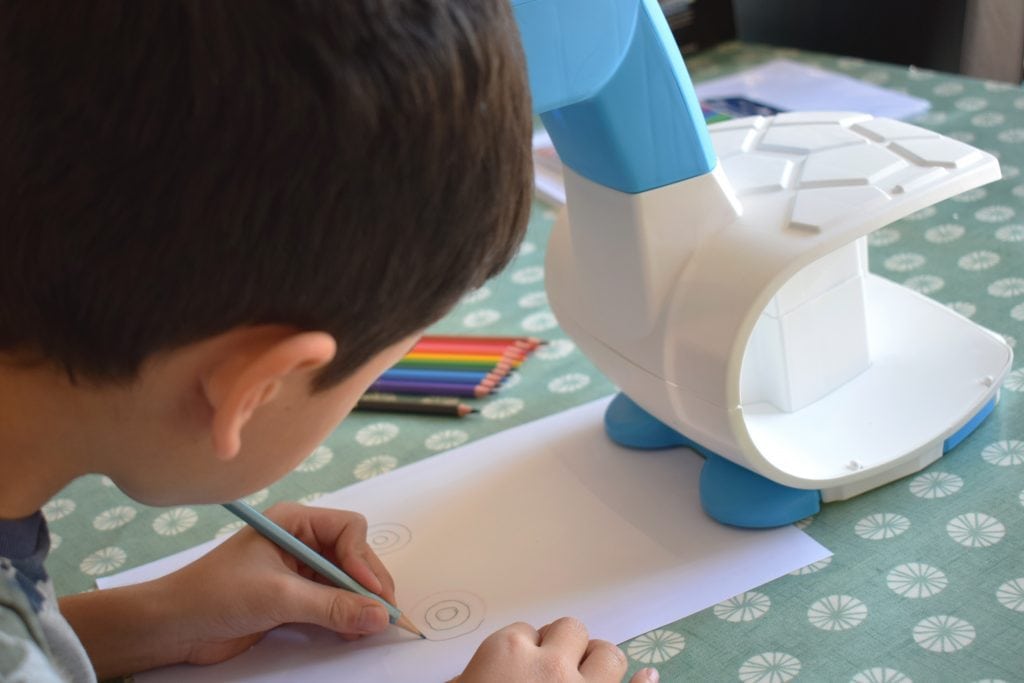 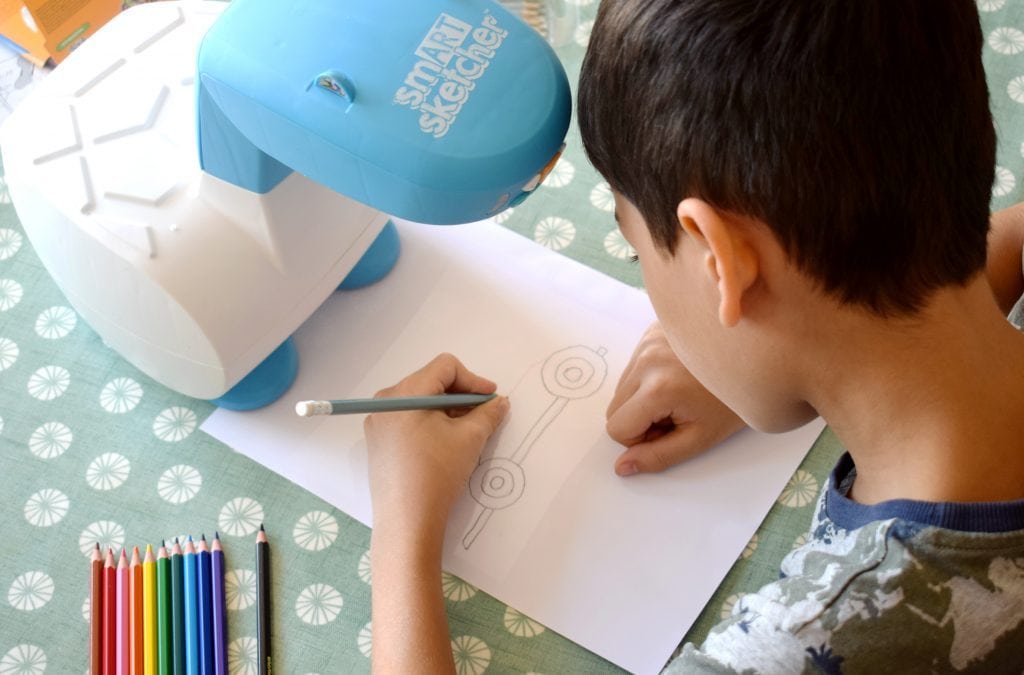 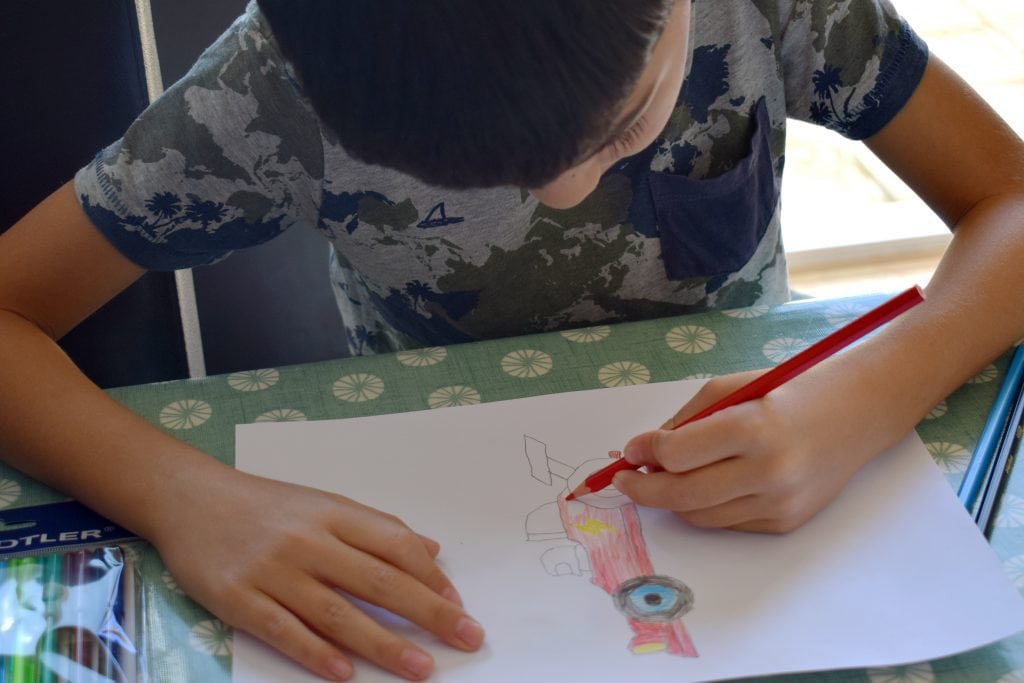 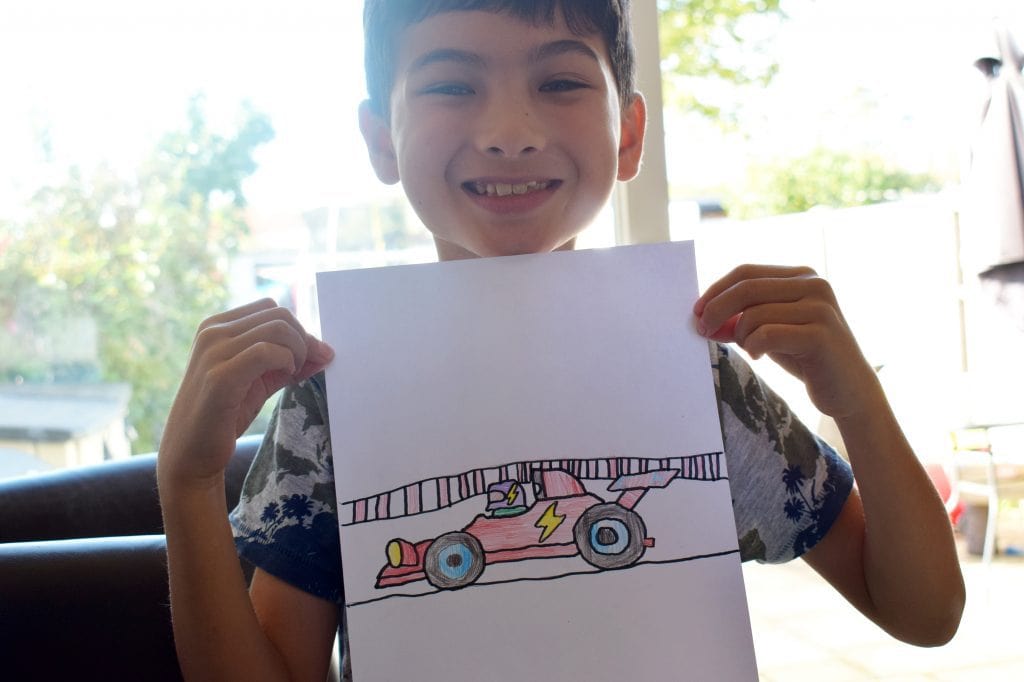 M being only 5, chose a slightly more complicated drawing and needed a little help to start him off. With the train picture, we found that some of the detail was a little difficult to see when projected onto paper but overall I think he did brilliantly! 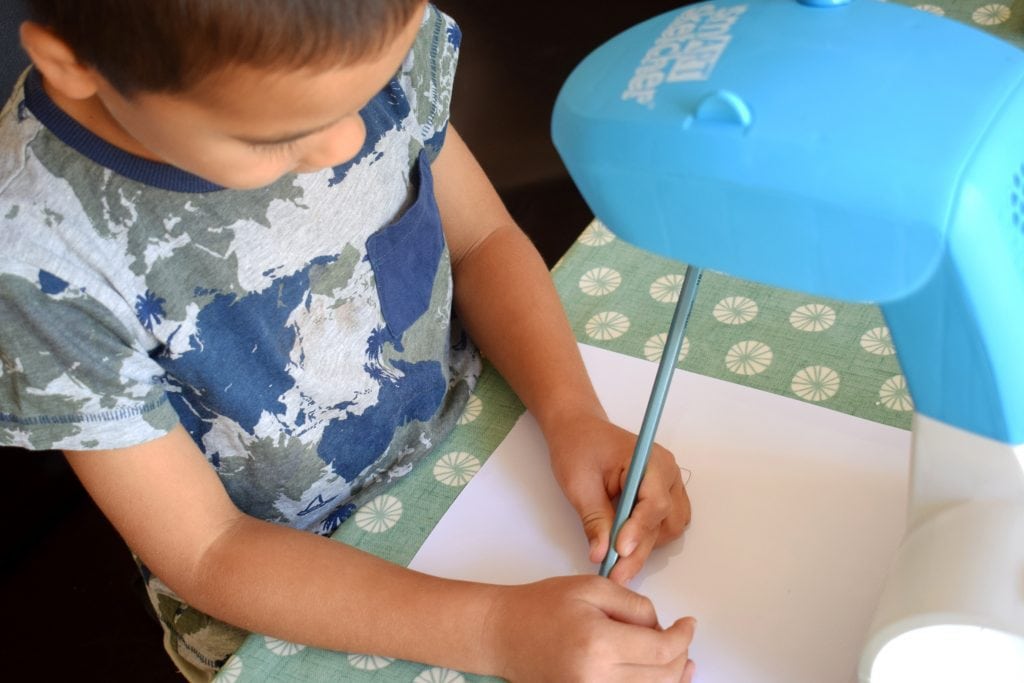 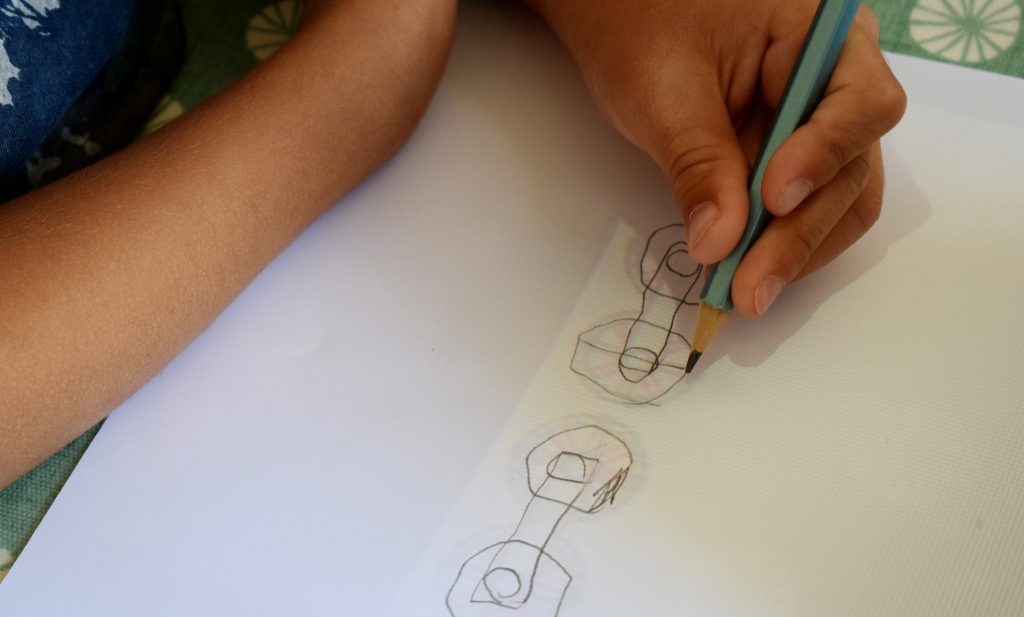 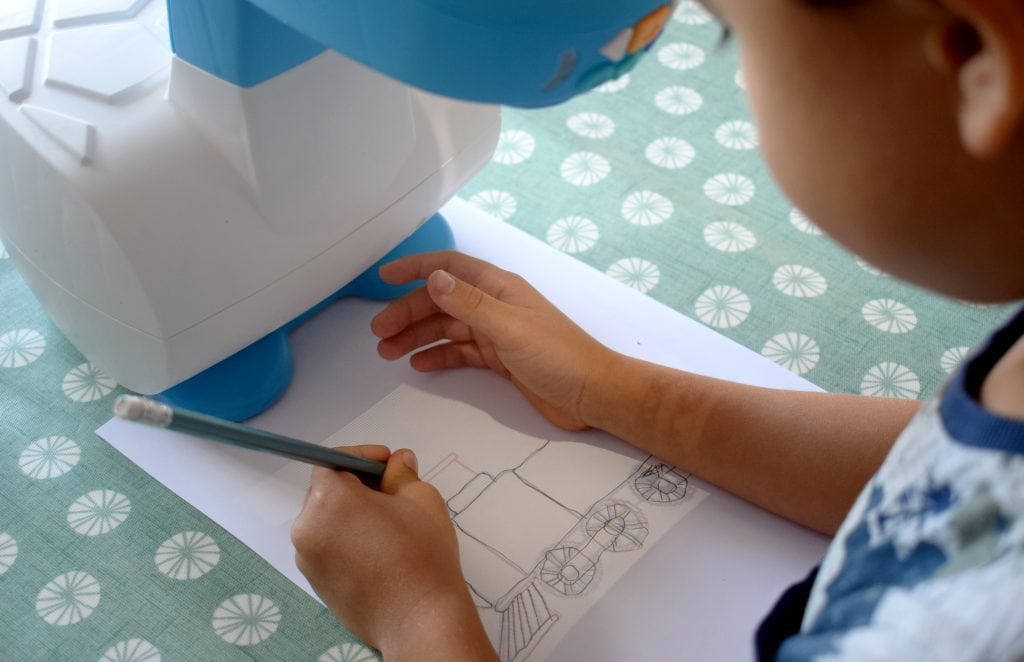 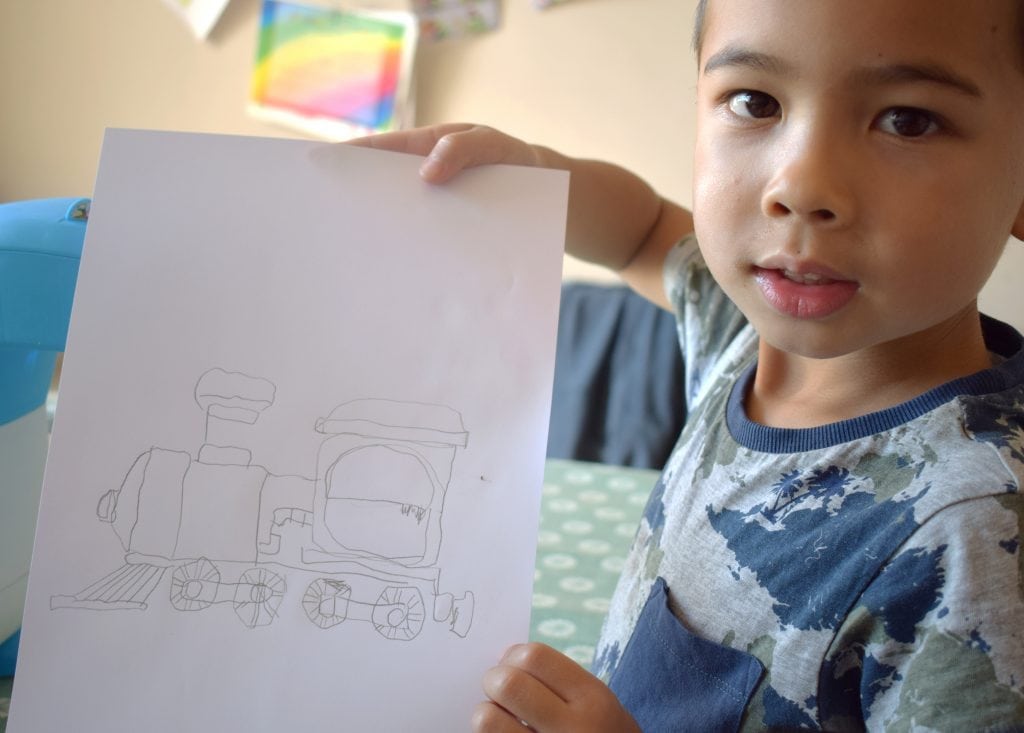 As well as pictures, the SmART Sketcher also allows you to practice your writing and spelling which is a great way to get younger children to learn and strengthen the muscles in their fingers.

You can also connect the sketcher to an app that you can download onto your phone too. This enables you to load your own photos to project and trace.

If there were one slight niggle, I would say that at some point, the boys may get bored of tracing the same things over and over. It would be great if we could access different pictures via the app that is regularly updated. However, having said that, we could find images online and save them on our phone to project and trace that way. 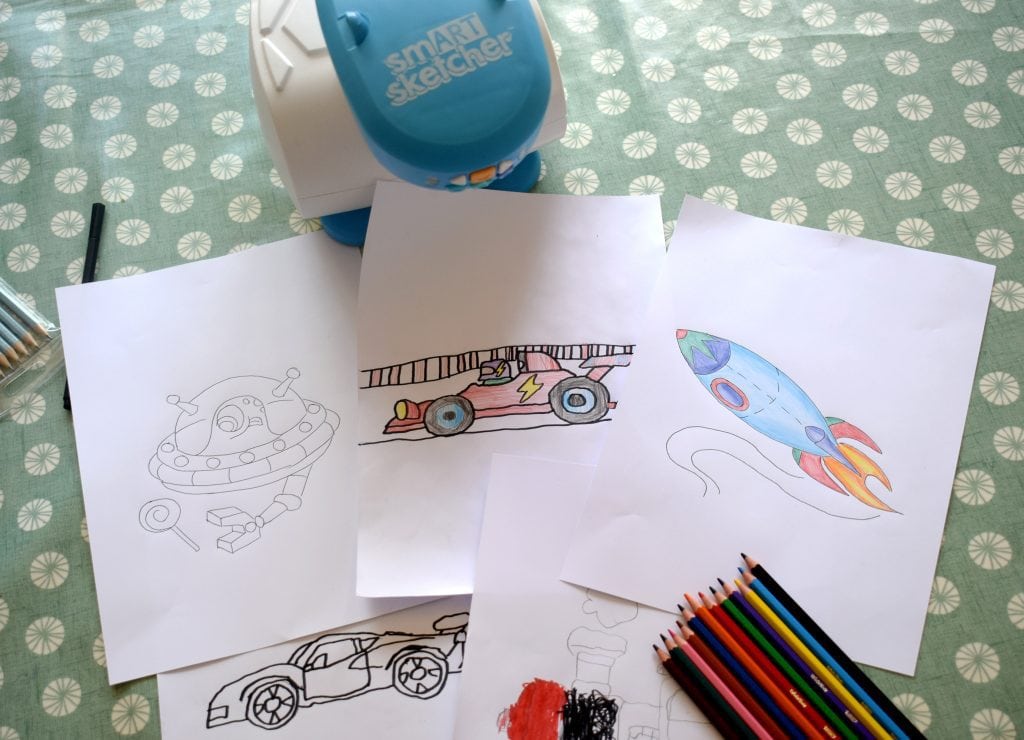 So the far, the boys have loved using the SmART Sketcher. It’s reignited E’s passion for drawing (he’s been asking to use it straight after school), and it’s helped M improve on his accuracy when tracing. I’ve also loved joining in on the action too – I would have loved something like this when I was growing up.

The SmART Sketcher Projector is suitable for children aged 5+ and is available in a variety of stores including Amazon, Smyths Toystore and Argos.

*We received the smART Sketcher Projector in exchange for this review