The way our kids watch TV these days is very different to how we watched TV as kids. Back then, we only had 4 channels (I still remember the huge excitement when Channel 5 launched!) We had to watch programmes at a set time – adverts included. Nothing gave you quite the same rush when you had to pop to the loo during an ad break and managed to make it back in time for your programme to start again – it was a huge achievement!

Having a television in your room wasn’t really a “thing” back then. I was in my early 20s when I bought my own portable TV for my bedroom. With two younger siblings, it was nice to be able to watch what I wanted in peace.

These days, my boys live on watching streamed TV – being able to watch whatever they fancy, often over and over again. In fact, when we do watch live TV altogether, they often forget and ask us to whizz past the ads! 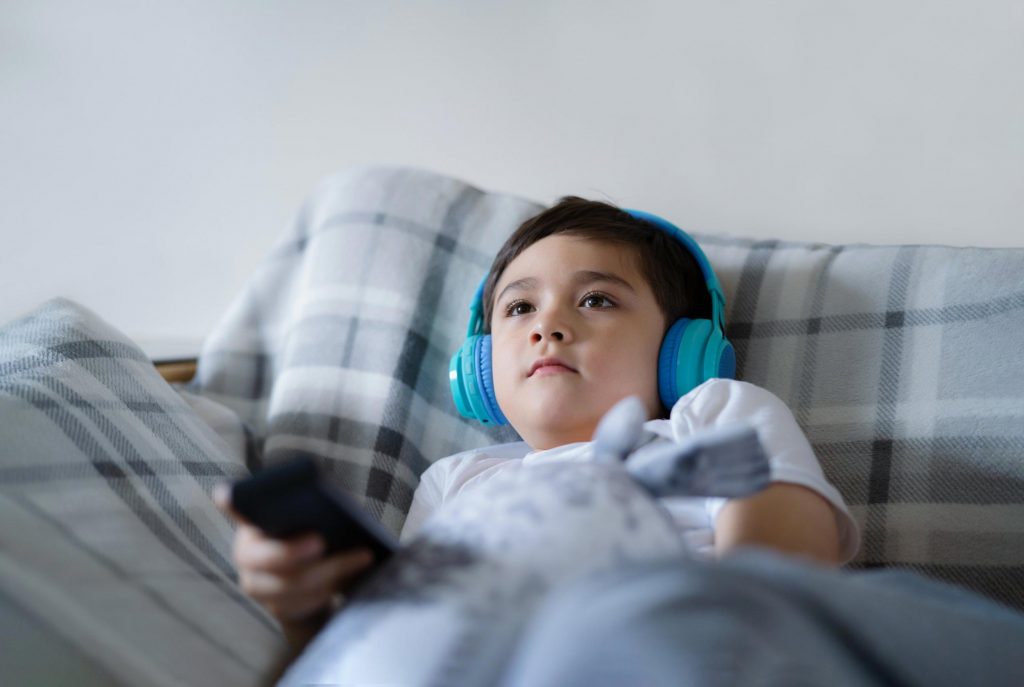 Reliant Direct surveyed over 600 parents and found the following: 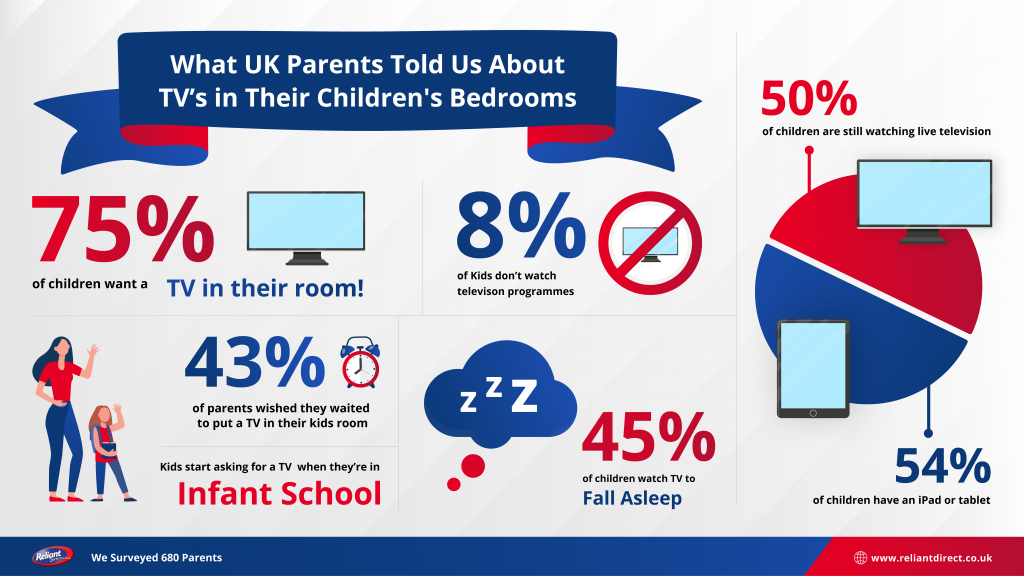 I am quite surprised by some of the results of the survey; 45% of children watching TV to fall asleep seems quite high, and I have read a few articles on how this can disrupt sleep patterns. I assumed the percentage of children watching live television would be much lower because over 90% of what my boys watch is streamed TV.

Is there a right time for children to have a TV in their room?

My boys are 9 and 12 years old, and surprisingly, neither of them has ever requested a television in their room. We decided to buy them a TV for Christmas last year. We figured there will be times when they’ll want to watch different things now that they are getting older. Having a TV in their room also helps us out, as we both work from home full time on our dining room table. It’s handy for when we’re on a call or virtual meeting because the boys can head upstairs to watch TV without interrupting us.

It’s almost been a year since they’ve had a TV in their bedroom, and I have to say, we’ve not had any issues so far. They mainly use it when they have friends around or when one of them is doing homework downstairs.

From the start, we made it clear that having their own TV is a privilege. As per their other electronics, they ask permission before they’re allowed to switch it on, and all apps on it are under parental supervision. I am sure that will change as they head into their teens!

Ultimately, every child is different, and I think only you as the parent, will know when the right time to have a TV in their room is. If you’re considering putting a TV in your child’s room, you must be firm and consistent in your rules around screen time. You must also be willing to enforce those rules with natural and logical consequences if your child breaks them. As a parent, it’s your job to help your child develop good habits that they can use now and in the future.